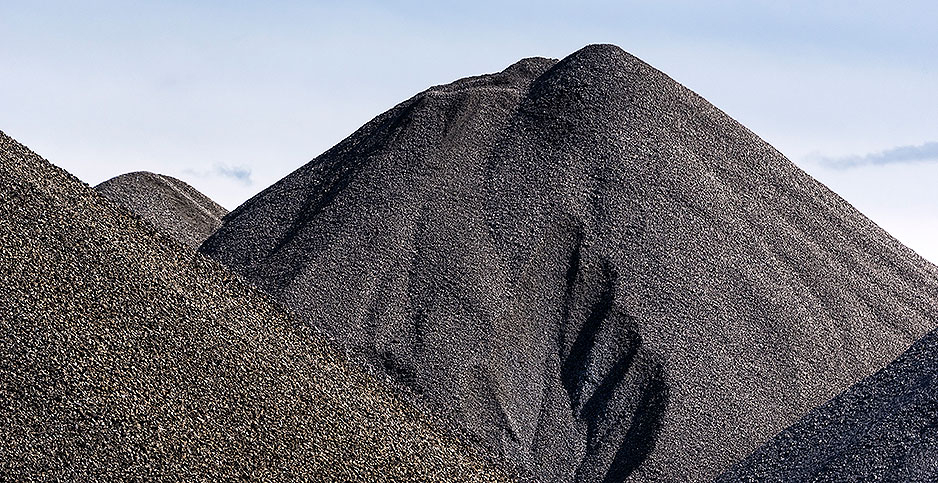 Ohio is one of several Appalachian states that ensure coal mines are reclaimed using a bond pool as a system of shared risk. Permit holders in the Buckeye State’s alternative bonding system post bonds of $2,500 per acre and pay 12 to 16 cents per ton of coal produced into the bond pool, the Reclamation Forfeiture Fund.

When a coal operator forfeits a permit and cannot afford to restore mine lands to their natural state, the bond pool should cover the cost.

But Ohio’s pool is woefully underfunded, experts say. Its $22.2 million balance covers an estimated $545 million in reclamation costs, according to a 2019 actuarial analysis commissioned by the state.

With a healthy coal industry, the forfeiture fund may be able to pay reclamation costs when a small participant abandons its mines, said Joshua Macey, a visiting energy and environmental law professor at Cornell University who specializes in bankruptcy.

"It presumes in the ordinary course of business that the whole industry doesn’t become insolvent," Macey said. "Obviously, that doesn’t plan for the large-scale restructuring of the energy industry such that coal is no longer competitive."

Coal mining in Ohio and across Appalachia has been declining for a decade. Last year, Ohio produced about 7.8 million tons of coal, ranking 15th in the nation. In 2010, the state produced nearly 27 million tons, according to the U.S. Energy Information Agency.

Murray Energy, which is responsible for cleaning up mines in half a dozen states from Ohio to Utah, is bankrupt and on the verge of liquidation (E&E News PM, April 1).

St. Clairsville, Ohio-based Murray Energy has the largest reclamation obligations in the state. Its 13 permits account for 3,286 acres of cleanup at a cost of $209 million. The company has $6.6 million in surety bonds for its Ohio mines, court filings show.

If the largest permit holder fails, the forfeiture fund would need more than 150 years of nonforfeitures to recover from the loss, according to last year’s bond pool analysis.

Creditors said Murray Energy, which entered Chapter 11 bankruptcy last year, defaulted on the $440 million loan meant to usher the firm through the restructuring process, according to filings with the U.S. Bankruptcy Court for the Southern District of Ohio. Consol Energy Inc., a Murray Energy creditor and rival coal company, asked the judge to convert the case to Chapter 7 liquidation. A hearing on the motion is set for June 15.

Murray Energy’s mines in Ohio, most of which are idled, would be up for grabs if the company has to sell its assets. The Ohio Department of Natural Resources (DNR) would be tasked with overseeing permit transfers — including reclamation liabilities — to potential buyers.

If DNR finds no company can afford to take on those liabilities, Murray Energy could forfeit permits and put immense strain on the Reclamation Forfeiture Fund.

"The Ohio reclamation fund is certainly in crisis," Macey said. "Whether that crisis manifests in a month or in a decade depends on what Ohio regulators do."

Macey suspects state regulators will be reluctant to block permit transfers during an economic crisis, even if buyers cannot afford to reclaim the mines. DNR refuted that claim, saying it thoroughly reviews permitting actions according to state law.

Ohio’s alternative bonding system has stood on shaky regulatory and financial ground since Ohio submitted its coal mining regulatory program for approval by the Interior Department in 1982.

The Office of Surface Mining Reclamation and Enforcement is the branch of Interior that oversees state regulatory programs. It signed off on Ohio’s program under the condition that the state would revise its bonding system to demonstrate it could assure timely reclamation of abandoned mines.

"The amendment is a complex proposal requiring a great deal of time and consideration. After Ohio formally submits the proposed program amendment, OSM will review the amendment and publish a determination," he said.

In 2005, OSMRE issued a notice to DNR that said "the timeliness of reclamation bond forfeiture sites has not improved since the program condition was imposed."

The two agencies have since been "actively engaged" in developing amendments to Ohio’s program, according to a 2019 letter OSMRE sent to the Environmental Law & Policy Center (ELPC).

"The Division continues to work with OSMRE to amend the alternative bonding system and has made several improvements to the fund of the years," a DNR spokesperson said.

DNR said it no longer allows self-bonding, the controversial practice of letting coal companies make promises to fulfill reclamation obligations rather than requiring insurance or bonds. It also pointed to a policy of restricting access to the bond pool for operators without a history of coal mining in Ohio.

Margrethe Kearney, a senior attorney at ELPC, called OSMRE’s collaboration with Ohio to shore up the forfeiture fund a "fiction."

"Because in 15 years, nothing has changed. The bond pool has remained incredibly underfunded," she said in an interview.

Kearney did note one modification. In 2017, former Republican Gov. John Kasich diverted $5 million from the forfeiture fund, or about a fifth of its balance. The money did not go to filling in open mine pits or treating water pollution. It was used to balance the state’s budget.

The Ohio Legislature restored $2 million to the forfeiture fund last year and is scheduled to appropriate another $2 million in next year’s budget.

Who pays for mine reclamation?

Days before Murray Energy filed for bankruptcy last October, ELPC formally asked OSMRE to evaluate the Ohio bond pool. The organization claimed the forfeiture fund was not compliant with the Surface Mining Control and Reclamation Act (SMCRA), the law that created OSMRE.

"The point [of financial assurances] is exactly this scenario: to make sure when you have these mass bankruptcies and market decline, you’re not leaving a whole bunch of abandoned mine sites. And the Ohio bond pool does none of that," Kearney said.

OSMRE may take over coal mine regulation in states whose programs it determines do not comply with SMCRA. Such a step would help reclamation in Ohio, Kearney said. She believes federal regulators would be more likely to require coal companies to post surety bonds rather than relying on a bond pool.

But the key to making sure coal firms pay for mine reclamation, in Kearney’s view, is requiring them to clean up mines while they are still operating them — and still making money. Waiting until they go bankrupt can lead to taxpayers picking up the tab.

"My hope is that any of the income that is produced from the sale of other assets would be put towards those mines that Murray can’t sell to pay for the reclamation costs with an emphasis on the ones in Ohio that are not covered by surety bonds," Kearney said.

She was skeptical that would be the case if Murray Energy enters Chapter 7.

Macey, the Cornell law professor, said the insolvency of the Ohio forfeiture fund could lead to a bold step by the federal government. Another administration might levy a tax on coal operators in Ohio so the only way to continue mining in the state is if the remaining companies can commit to reclamation, Macey said. But he doubts the Trump administration would take that step.

"My concern is that reclamation will go out with a whimper, not with a bang," Macey said.