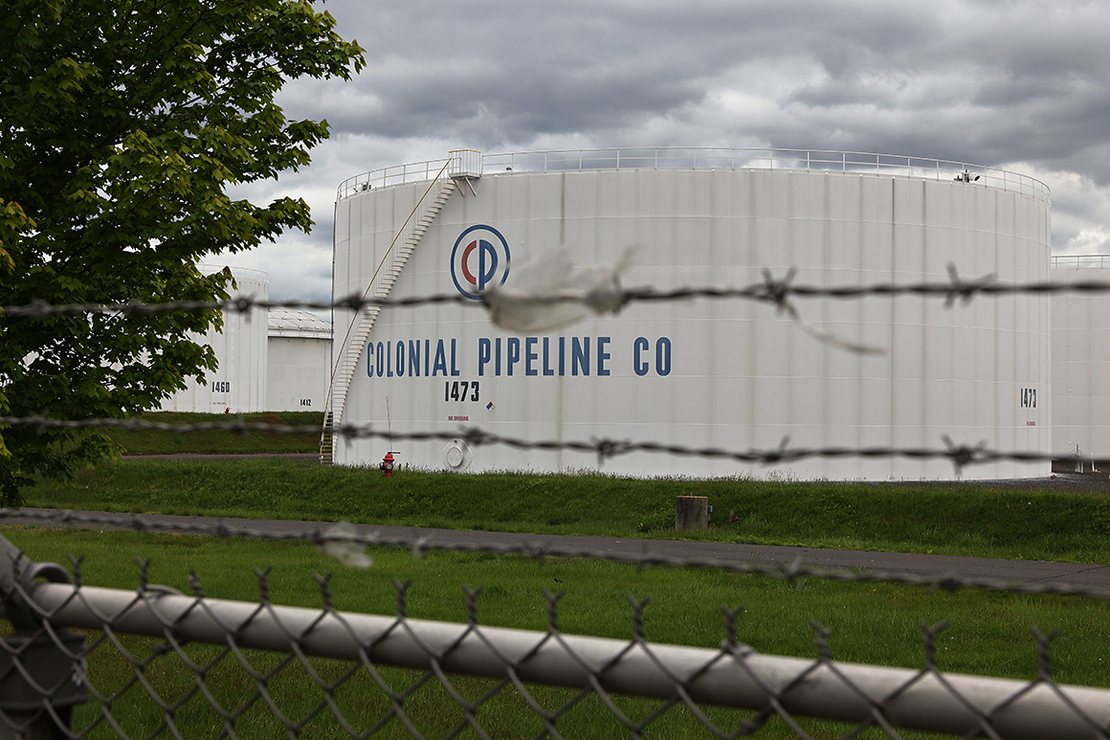 The Colonial Pipeline released just shy of 2 million gallons of gasoline in a 2020 leak, according to new estimates that make it the largest U.S. gasoline pipeline spill on record.

The spill was discovered on Aug. 14, 2020, in a suburban nature preserve near Charlotte, N.C.. But the Colonial Pipeline Co. has now determined that the leak began 18 days before that discovery — and that the amount that spilled is 30 times the original estimate of 63,000 gallons and significantly more than the last updated figure of 1.2 million gallons.

The changing figures have drawn suspicion from people who live near the leak and criticism from state officials. Colonial says about three-quarters of the gasoline has been sucked out of the ground.

“Plenty of people, myself included, are deeply disappointed in the 18 day delay, which we now know allowed at least two million gallons of gasoline to seep into the ground,” said state Sen. Natasha Marcus, a Democrat who represents the area where the leak occurred, in a statement to E&E News. “It’s been two years since the leak and it’s frustrating to hear that 25 percent of the spilled gasoline is still on site.”

The cleanup effort is continuing and will likely continue for years, although it is far smaller than the months immediately after the spill.

Colonial’s new estimate comes after a judge recently approved a consent decree between the pipeline company and the N.C. Department of Environmental Quality. The agreement required the pipeline company to provide an updated estimate on the amount of leaked gasoline and to pay nearly $5 million in penalties and investigative costs (Greenwire, July 1).

Colonial, owned by subsidiaries of Koch Industries Inc., Royal Dutch Shell PLC and other investors, is a 5,500-mile system of pipe connecting Houston and New York. It delivers 100 million gallons of jet fuel, gasoline and other fuel every day. People and businesses across the Southeast and the Eastern Seaboard depend on it to supply airports, military bases and gas stations.

Colonial officials say they have worked diligently to remove the gasoline from the environment around the leak site.

“Colonial Pipeline has remained steadfast in our commitment to recovering free product while protecting human health and the environment,” Sam McEwen, Colonial’s environmental director, wrote in a Friday letter to state officials.

The size of the leak highlighted some systemic weaknesses in pipeline safety.

Despite advances in leak detection technology, most leaks are still discovered by people. That was the case with Colonial’s leak: Teenagers stumbled upon it while four-wheeling in the Oehler Nature Preserve, which is bisected by the pipeline. The leak had gone undetected by Colonial’s equipment.

The Pipeline and Hazardous Materials Safety Administration (PHMSA) now requires spill detection equipment on all federally regulated pipelines. But companies have several years to comply, and PHMSA hasn’t set specific standards for what such systems should be able to detect.

The new date and volume estimate are based on Colonial’s inventory data, which showed a downward trend starting on July 27, 2020, according to Colonial’s letter to state regulators. Previous estimates had been based on the amount that equipment was sucking out of the ground. Company officials had said they believed the pipeline had been leaking for “days or weeks.”

In a Friday news release, the N.C. Department of Environmental Quality called the Colonial leak “the largest onshore fuel spill in the nation.” The largest fuel spill in PHMSA records, however, was a 1986 spill from a Phillips Pipe Line Co. storage tank in East Chicago, Ind., that released 2.3 million gallons of gasoline.

The largest pipeline spill in federal records was not gasoline — as in the Colonial leak — but liquefied petroleum gas. In 2018, a contractor’s trenching equipment hit a DCP Midstream pipeline in Sutton County, Texas, in 2018, releasing a little more than 2 million gallons of LNG.

The Colonial spill estimate is larger than any other recorded gasoline leak from a U.S. pipeline. According to PHMSA records going back to 1968, the next largest gasoline pipeline spill was in 1988, near Constantine, Mich., when a landowner complained about a dying oak tree and stunted crops. Crews discovered a leak from a valve on an Amoco pipeline.

But it’s a fraction of the 11 million gallons of crude oil that gushed from the shattered hull of the Exxon Valdez in Alaska’s Prince William Sound in 1989.

Colonial reported a profit margin of 32 percent in 2020, with $422 million in net income on $1.3 billion in revenue, according to a filing with the Federal Energy Regulatory Commission.

In 2021, about 10 months after the leak was discovered, Colonial was crippled by a ransomware attack that caused the pipeline to shut down, leading to fuel shortages and long lines at gas stations. It was the most disruptive cyberattack in U.S. history and highlighted concerns that government and industry were ill-prepared for the threat (Energywire, May 9).