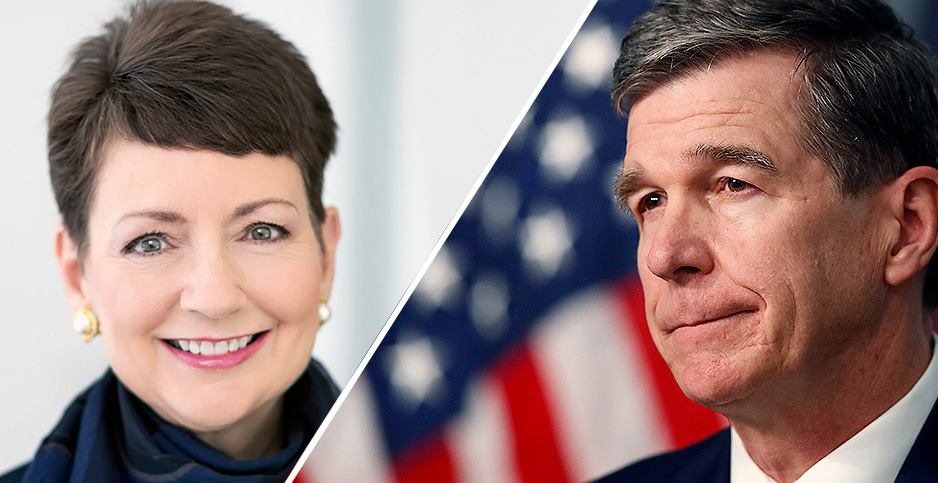 A group of North Carolina Republican lawmakers, including the House majority leader, rolled out highly anticipated energy legislation this week, while a state environmental panel advanced a proposal to join a regional cap-and-trade system.

Both measures would help meet Democratic Gov. Roy Cooper’s clean energy goals outlined in a 2018 executive order, which calls for the state to cut carbon emissions 70% by 2030. But the 47-page bill (H.B. 951), entitled "modernize energy generation" faces a rocky road despite stemming from monthslong negotiations with industry, clean energy and environmental groups.

Similarly, North Carolina’s future with the Regional Greenhouse Gas Initiative, a market-based emissions trading program among Northeast and mid-Atlantic states, is also murky because the plan likely would land at the GOP-controlled General Assembly.

Broadly, the measure calls for the power sector to cut emissions 61% over 2005 levels by 2030 and for Duke Energy Corp. to close its remaining coal fleet by the end of that year. It also lets the state’s electric companies spend up to $50 million to obtain an early-site permit for more nuclear energy and adds more than 7,327 megawatts of solar to the grid through a competitive bidding process.

There are additional solar provisions that address the University of North Carolina and military installations, community solar, the commercial and industrial sector, and distributed generation.

"We support our state leaders charting a path forward for an orderly energy transition — one that supports communities and helps ensure the continued affordability and reliability our customers depend on," Duke Energy said in a statement.

There are plenty of sticking points, however. The bill calls for an all-of-the-above energy strategy, which includes natural gas and a call for Duke’s largest remaining coal-fired plant be replaced with that fuel. Doing so likely would require the completion of the now-stalled Mountain Valley pipeline’s Southgate expansion.

"Any new investments in natural gas generation would need to be carefully scrutinized and should stand up on their own merits against readily available alternatives," said David Kelly, director of North Carolina political affairs for Environmental Defense Fund, in a statement. "Giving carte-blanche to new fossil-fuel power plants runs the risk of over-building and over-reliance on an energy source that leaves North Carolinians financially on the hook for fossil-fuel power longer than is economically necessary and longer than our climate can tolerate."

Cooper made North Carolina the first state in the Southeast to set an aggressive carbon-neutral target by 2050. His goals eventually became the Clean Energy Plan prepared by the North Carolina Department of Environmental Quality, once helmed by now EPA Administrator Michael Regan.

The DEQ’s plan includes market-based policies designed to encourage electric companies to reduce carbon emissions. That includes looking at ways to close coal-fired power plants on a faster timeline, making sure clean energy technologies such as wind and solar are being used in the state, and upgrading the power grid to be more resilient.

To that end, a key part of the Clean Energy Plan is missing: a look at energy market reform. A bipartisan bill to explore creating a new regional grid operator in the Carolinas or the Southeast emerged in 2019. Studying alternative, competitive energy markets was a significant part of discussions that stemmed from the DEQ’s plan.

Wall Street has been keen on seeing energy legislation for roughly a year, since much of Duke’s profits likely depend on it. The energy giant has embarked on a robust capital spending plan — a five-year, $58 billion framework by 2024. It is planning on spending an additional $65 billion to $75 billion between 2025 and 2029 across its entire territory, the bulk of which is in the Carolinas.

The electric utility has pushed a variety of rate-recovery programs in front of the Legislature and state utility regulators to recoup the high-dollar expenses from customers more swiftly. Indeed, the bulk of H.B. 951 includes performance-based ratemaking proposals and multiyear rate plans that can aid that process.

"We do believe the ultimate passage of legislation could be [cumulative] to Duke’s growth trajectory but the devil remains in the details, including [performance-based ratemaking] structure," analysts with Guggenheim Securities wrote in a research note yesterday morning.

The legislation was the chief focus of Wall Street analysts’ questions during the company’s first-quarter earnings conference call in May, mostly because a bill had not yet surfaced.

"Is there anything to read into the fact that these utility-related bills or clean-energy-related bills were not addressed early in the session? Were there certain other priorities that kind of came ahead or just anything to reason kind of why that happened," asked Steve Fleishman, a Wolfe Research analyst and the third person to ask a question about the timing of the legislation.

"[The N.C. Sustainable Energy Association] would like to thank House Republican leaders for including us in their stakeholder process over the past several months — this draft bill represents an important starting point as we continue to work toward an affordable, cleaner energy future for all North Carolinians," said NCSEA Executive Director Ward Lenz on the organization’s website. NCSEA also posted several criticisms of the bill.

The House Energy and Public Utilities Committee could vote on the bill as early as next week.

State Rep. John Szoka, the lead bill author and a Republican from Cumberland County, said he is "guardedly optimistic" that environmentalists, energy industry representatives, lawmakers and the governor’s office will be able to hash out a compromise in the coming days or weeks.

"There are a lot of moving pieces in this, and there’s a lot of give and take so far," Szoka told The News & Observer on Tuesday.

RGGI in the South?

SELC filed a petition and proposed rule in January on behalf of Clean Air Carolina and the N.C. Coastal Federation that would link North Carolina with the program.

The Environmental Management Commission is scheduled to take up the petition next month, Clearview Energy Partners said in a note this week.

"Should the EMC grant the petition, it would initiate a formal rulemaking process that we believe could take at least one year to complete, if not longer. We would expect robust involvement from North Carolina legislature — both in the form of comments to the rulemaking process as well as via proposed legislation aimed at influencing its outcome," Clearview said.

In Pennsylvania, Democratic Gov. Tom Wolf is the driving force behind his state’s initiative to join RGGI but has faced significant opposition from the GOP-led Legislature. Pennsylvania would be the 12th state to join the coalition.

Pennsylvania also would be the first state with a strong fossil fuel presence in RGGI if it joins. Pennsylvania is known for its coal generation but also produces a significant amount of natural gas from the hydraulic fracturing boom.

Republican lawmakers have pushed back against the state joining RGGI, raising concerns about a loss of jobs in the state. All Republican state senators wrote a letter to Wolf last month saying they would oppose any of his picks to the Public Utility Commission if he continued to push Pennsylvania to join RGGI, (Energywire, May 6).