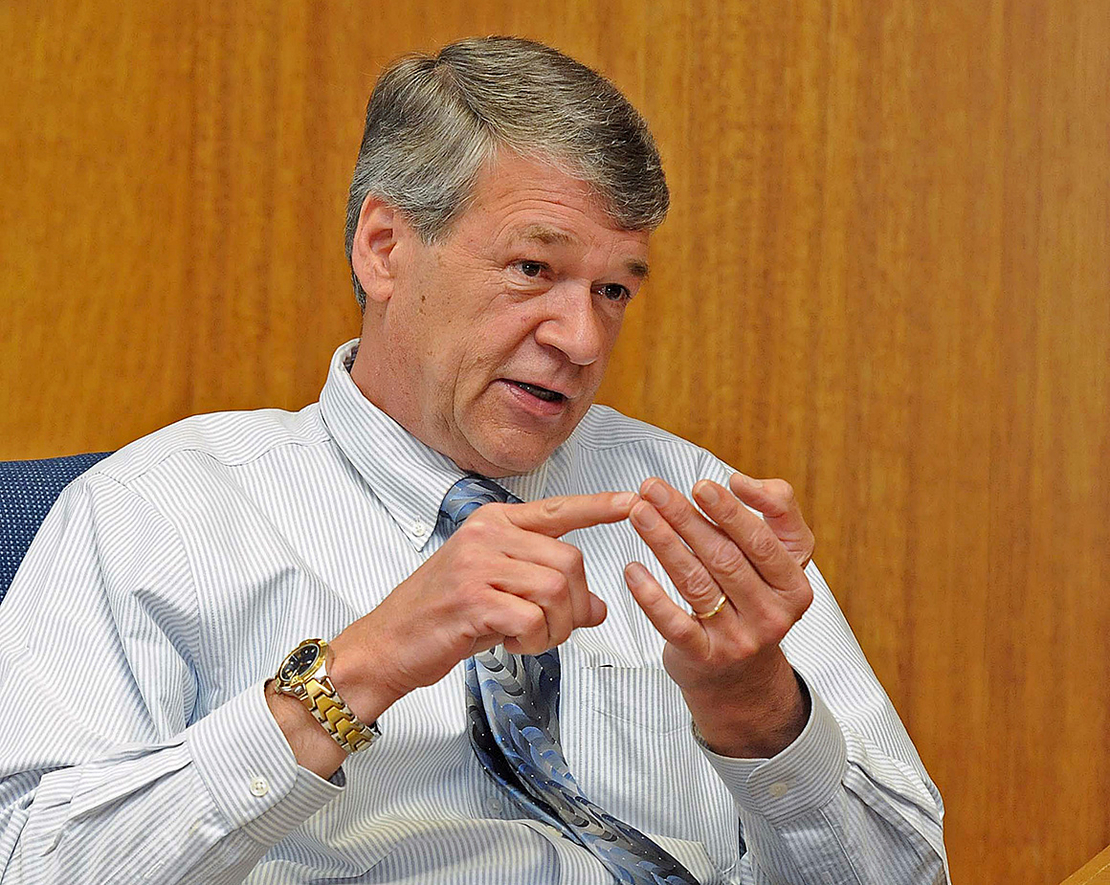 In this May 10, 2016, file photo, North Dakota Attorney General Wayne Stenehjem, then a Republican candidate for governor, speaks during an interview in Bismarck. Stenehjem, 68, died Friday after 21 years as the state’s elected attorney general. Tom Stromme/The Bismarck Tribune via AP, File

Wayne Stenehjem, one of the leading challengers of the Biden administration’s environmental policies, died last week. He was 68.

Stenehjem had served as North Dakota attorney general for 21 years, and he was among the Republican state leaders who last year led a successful charge to get the Supreme Court to review EPA’s climate authority.

In a Friday statement, Stenehjem’s office said the attorney general had “passed away unexpectedly” but did not elaborate on a cause. Stenehjem’s brother Allan Stenehjem told The Bismarck Tribune that his death was not related to Covid-19.

Wayne Stenehjem, a North Dakota native, was the Peace Garden State’s longest-serving attorney general, according to his office’s website. During his more than two decades in the role, he was a frequent defender of the oil and coal industries.

He was among the parties that urged the Supreme Court to get involved in West Virginia v. EPA, an unprecedented legal challenge involving the federal government’s authority under the Clean Air Act to regulate greenhouse gas emissions from existing power plants (Greenwire, Jan. 10).

The case focuses on EPA’s ability to issue a rule focused on systemwide emissions reductions — like the Obama-era Clean Power Plan, a regulation that has never taken effect since Stenejhem and others fought years ago to block it.

The Supreme Court will hear arguments in West Virginia v. EPA on Feb. 28.

He had been a major proponent of the Dakota Access oil pipeline, which transports North Dakota crude to Illinois. The project has faced legal problems for years and is now the subject of a pending Supreme Court petition.

During the Trump administration, Stenehjem aligned with the White House’s pro-energy goals and joined other red states in backing the former president in lawsuits that challenged President Biden’s election victories over Trump in battleground states.

Prior to becoming North Dakota attorney general, Stenehjem served in the state Legislature. He earned bachelor’s and law degrees from the University of North Dakota.

He is survived by his wife, Beth Bakke Stenehjem, and the couple’s son, Andrew.