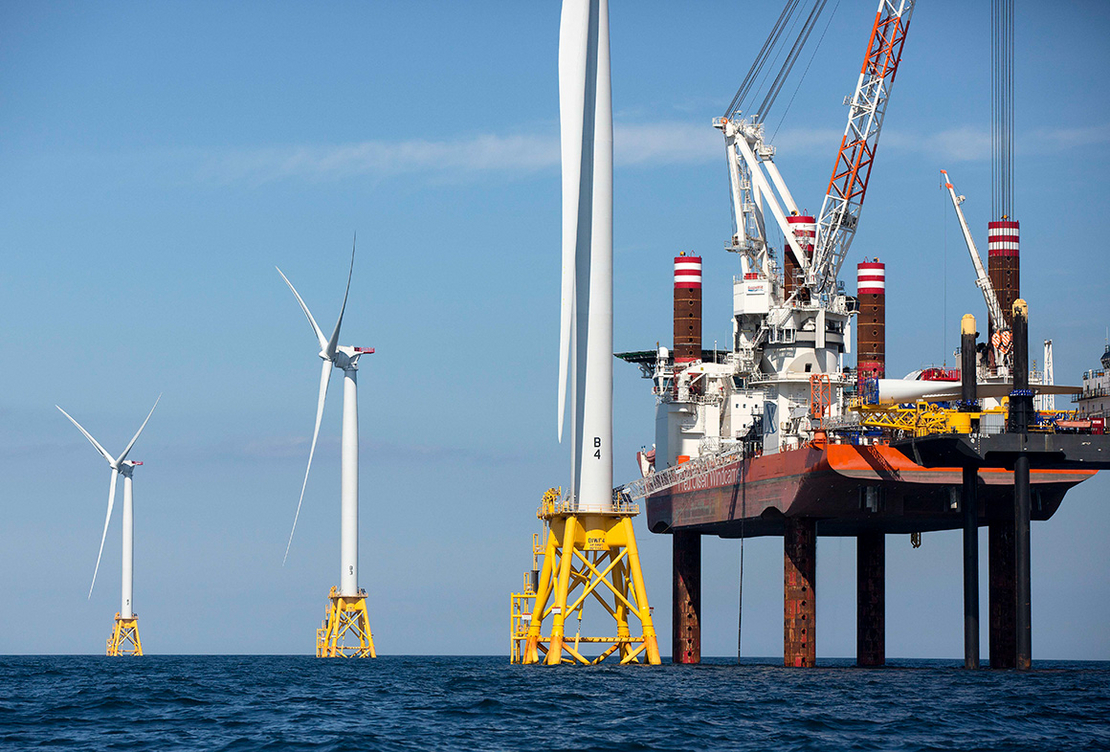 New Jersey is weighing a novel approach to developing electric transmission projects that observers say could soon be explored by other states and help drive renewables.

New Jersey’s Board of Public Utilities announced Sept. 24 that it had closed a request for proposals from companies seeking to build transmission infrastructure to connect planned new offshore wind farms to the regional power grid. In a unique arrangement with the grid operator for the mid-Atlantic region, the Garden State has agreed to pay for a new transmission network without help from other states and use the power lines to link up a slew of wind projects expected to be built off the Jersey Shore.

The arrangement allows New Jersey — which has set a goal of building 7,500 megawatts of offshore wind resources by 2035 — to advance transmission infrastructure in tandem with the development of the wind farms themselves. In that way, it targets a “chicken and egg” problem, where both renewable and transmission developers dependent on each other have held back on projects in the past without certainty that they will move on parallel time tables, said Mike Jacobs, a senior energy analyst at the Union of Concerned Scientists.

In contrast to the New Jersey plan, traditional ways of building and funding new transmission projects can drag on for years as states and other parties squabble over how to allocate the costs, rarely keeping pace with the speed at which New Jersey and other states aim to scale up their carbon-free resources, Jacobs said.

“This is kind of underappreciated how important this could be,” Jacobs said. “It’s the state coming to the realization that if we want the offshore wind, we want the transmission.”

The issue also has national relevance in that President Biden is calling for decarbonization of the grid by 2035 — a target that inevitably will require higher levels of renewables and new transmission lines around the country to bring their power to demand centers.

Although New Jersey is using a transmission development approach that is specific to the PJM Interconnection region, the Federal Energy Regulatory Commission in June gave the green light to these kinds of state-driven arrangements generally in a policy statement. The statement, along with New Jersey’s example, could compel other states to pursue similar options for transmission lines, clean energy advocates said.

FERC’s policy statement clarifies that one or more states may pursue voluntary agreements to “prioritize, plan and pay for” new transmission projects that would advance their policy goals, such as renewable energy targets. While PJM is the only regional transmission organization with a so-called state agreement approach for developing transmission, the policy statement opens the door for states throughout the country to pursue similar plans, said Phelps Turner, a senior attorney for the Conservation Law Foundation in Maine.

“The policy statement clearly states that this is out there and that states can pursue this sort of voluntary agreement without running into preemption from the Federal Power Act,” Turner said.

The June 25 statement also asserts that such arrangements would not conflict with federal law, or with existing rules at FERC, while encouraging interested parties to reach out to the commission for guidance. Regional transmission organizations, or RTOs, would not necessarily need to change their rules in light of the statement, but FERC indicated it is also open to removing potential market barriers for voluntary agreements if necessary.

Voluntary transmission agreements could be particularly useful for states with offshore wind procurement plans, said Ari Peskoe, director of the electricity law initiative at the Harvard Law School Environmental and Energy Law Program. Offshore wind is generally going to be developed in predetermined locations, which would make it easier for one or more states to plan for the transmission lines through a voluntary agreement, Peskoe said.

As of last year, six East Coast states had set procurement targets specific to offshore wind, according to the American Clean Power Association. Oregon also enacted a law this year setting a goal for 3 gigawatts of offshore wind by 2030.

“There’s a lot on the table right now about transmission at FERC, and I suppose it’s also possible FERC might include this in a rulemaking further down the line,” Peskoe said. “But I think the current policy statement is really an invitation that states and RTOs explore this option if it makes sense.”

An option for New England?

The New Jersey plan was first announced in November, when the Board of Public Utilities (BPU) asked PJM to work with the state on an "open-access" transmission system (Energywire, Nov. 19, 2020). Whereas transmission projects within PJM are typically developed to ensure reliability and market efficiency, the driver for this transmission approach — which no state in PJM’s 13-state region had previously pursued — is state energy policies, according to the grid operator.

Since closing the application window this month for would-be developers of the new transmission network, PJM and BPU are now evaluating the “robust” set of applications, the board said last week. PJM will provide information about the applications in early October, according to a guidance document from the board.

Once one or more projects are selected, the board will need to formally commit to having New Jersey customers cover the costs of the new grid network.

It was also floated this month in Maine as an option for connecting renewable energy resources in northern Maine to population centers further south, Turner said. Renew Northeast and the Maine Renewable Energy Association suggested a "public policy" approach on transmission in an ongoing proceeding at the Maine Public Utilities Commission concerning ways to interconnect the northern part of the state to the ISO New England grid.

“I fully expect this to be explored, not only with respect to offshore wind in New Jersey, but it could be used for onshore and offshore wind resources in New England,” Turner said.

While FERC is also considering broader reforms that could make the transmission planning process more efficient and better aligned with the evolving needs of the grid, potential reforms are not expected to be finalized until next year. In that sense, states that want to pursue major transmission projects now would be wise to consider the voluntary agreement option, Paradise said.

“If you could do something today if you were Connecticut or Massachusetts in ISO New England, for example, and not have to wait another year and four months, that’s significant, especially since transmission can take many years to develop,” Paradise said.