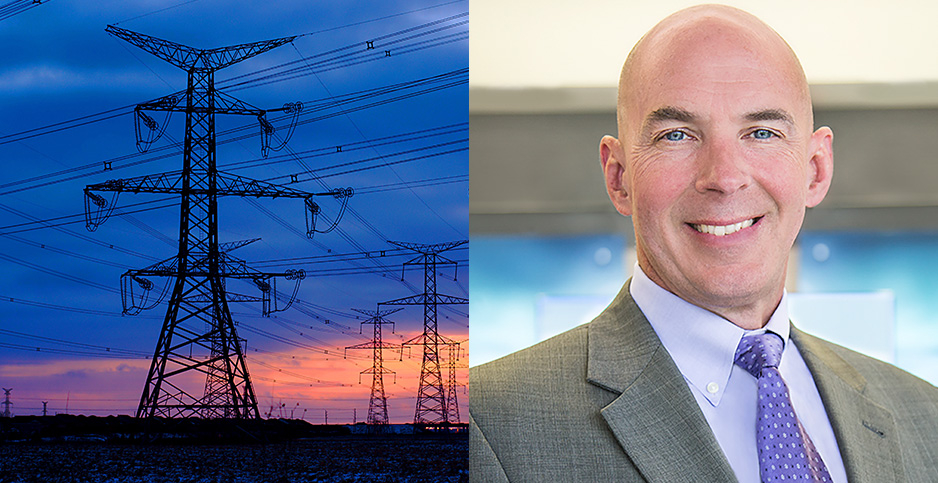 New York’s grid operator is preparing a landmark plan to put a price on carbon dioxide emissions in the power sector that could head to the Federal Energy Regulatory Commission.

The New York Independent System Operator’s move, expected later this year, could pose a direct challenge to Republican FERC Chairman Neil Chatterjee and Commissioner Bernard McNamee, who so far have declined to assert any role in curbing greenhouse gas emissions while considering whether to approve natural gas projects.

It would also mark the first effort of its kind by any of the electricity markets overseen by FERC and, if approved, could spark similar action in other regions, experts say.

The ISO sees its proposal — in the works for nearly two years — as complementary to sweeping climate legislation signed into law by Gov. Andrew Cuomo (D) last month.

The Climate Leadership and Community Protection Act calls for slashing CO2 emissions from New York’s power sector 70% by 2030, achieving 100% carbon-free electricity by 2040 and net-zero greenhouse gas emissions throughout the state’s economy by 2050. The legislation did not anticipate separate action on carbon by the ISO.

"Our market design is complete and could be filed as early as the fall," NYISO President and CEO Richard Dewey told E&E News during an interview. The grid operator, Dewey said, is looking at "coming up with a strong market signal that achieves the dual objectives for New York of the most economic dispatch of power and a methodical, systematic way of reducing carbon output."

He added that the ISO is continuing to carry out economic analyses and lead discussions with market participants and state agencies such as the New York State Department of Public Service and the New York State Energy Research and Development Authority.

"Understandably, the new climate legislation is forcing all parties to take a closer look at all the options available to achieve the aggressive goals. We look forward to partnering with the state on reaching the new targets for carbon reductions," Dewey said.

Under its plan, the ISO would attempt to incorporate the social cost of carbon emissions into its wholesale energy markets by using a carbon price in dollars per ton of carbon dioxide emissions. The cost would be assessed for electricity generators, which in turn would factor the amount into their offers to sell into the ISO market.

Gavin Donohue, the CEO of the Independent Power Producers of New York Inc., recently told E&E News that the state would need a price on carbon to accommodate such a dramatic shift in electricity generation (Climatewire, July 29).

"In the short term, in my opinion, the only way you can get there is pricing carbon in the marketplace," he said.

"The problem I see overall is nobody has investigated the implications of this law and what it means for everyday people paying their bills," Donohue added.

NYISO’s proposal will "end up on the governor’s desk" before going to the grid operator’s board for final consideration, Dewey said, noting that "we don’t think it’s viable" without Cuomo’s approval.

"We don’t want to put our stakeholders and our market participants in the position of voting on something that has an uncertain future," he said, adding that "we wouldn’t want to put the FERC commissioners in the situation of having to rule on something where it wasn’t certain who was behind it."

Adding a carbon price to the electricity market would be a "powerful" driver for change, said Sue Tierney, a senior adviser with the Analysis Group, who is studying the economic effects for the plan for the ISO.

She thinks the climate law signed by Cuomo will help NYISO’s case. "I don’t know how to get there without it," she said.

"This is an unprecedented level of change that New York has enacted with this law," Tierney pointed out, calling it an "aha moment" for policymakers and market leaders.

"Eleven years from now, we have to get to 70% renewables. Right now, we’re at roughly 20%" — with most of that coming from hydropower, she said.

New York will need to "use every tool in its toolkit" to get to the 70% goal, she said, including new wind onshore and offshore, solar, storage, and keeping upstate New York nuclear plants online.

"Everybody, including markets, needs to be rowing in the direction of the act," she said.

Carbon pricing would mark a major update to NYISO’s tariff. Under Section 205 of the Federal Power Act, that kind of change needs to be filed with FERC, said Ken Irvin, co-leader of Sidley Austin LLP’s global energy practice in Washington.

"Unless FERC orders otherwise, such tariff changes go into effect 60 days after public notice of the filing," he said.

FERC can investigate the tariff changes, delaying them from taking effect during the review period, which can last no more than five months, Irvin said.

Former FERC Commissioner Tony Clark, who spent four years at the agency beginning in 2012 after serving on the North Dakota Public Service Commission, said carbon pricing by an ISO could be tricky to pass under a Republican majority.

NYISO’s move "would be a new frontier and would probably raise a lot of philosophical questions at FERC and whether they’re willing even to do that," said Clark, now a senior adviser at Wilkinson Barker Knauer LLP in Washington, D.C.

The concept of allowing carbon pricing into the market isn’t entirely foreign, he said, noting that the California Independent System Operator takes carbon into account pursuant to a landmark 2006 law to cut greenhouse gas emissions.

But the NYISO plan "looks like a harder lift to me because it is more like the ISO itself enacting public policy maybe with the tacit or informal agreement with the state," he said. Unlike in California, the ISO’s action is less directly pegged to a specific statute, he pointed out.

"I would guess that’s going to raise lots of questions at FERC because it looks like a nongovernmental entity — the ISO — putting its finger on a public policy scale and asking FERC to endorse that which is definitely outside the norm of what FERC’s done in the past," Clark said.

He added that he doesn’t see any ties to FERC’s treatment of carbon issues through its Natural Gas Act responsibilities, or the agency’s consideration of projects’ environmental effects under the National Environmental Policy Act.

But he agreed with Irvin that FERC will be on a tight timeline to act. "Other things can flounder for a long, long time. The commission doesn’t have an obligation to pick them up," Clark said.

"But [Section] 205 filings are not that way," he said, though he noted that there are still a few things that can delay them, like FERC asking for more information or issuing a deficiency letter.

It may be easier for a "single-state ISO" such as New York to win approval for its plans, "but it doesn’t solve the philosophical quandary raised at the commission over whether it should allow an ISO on its own to begin imposing something like this," Clark said.

Other ISOs will be watching what FERC does to see if the commission "is even open to" the idea of a carbon price, Clark said.

"If they reject it, that obviously is one answer. If they accept it, then it’s going to open questions for an ISO like PJM and maybe even New England," he predicted.

The PJM Interconnection, the nation’s largest electricity market, serving 13 states, is studying the potential impacts of carbon pricing on competitive wholesale energy markets. Officials from PJM have been monitoring the NYISO deliberations.

A similar plan from PJM would "get even more politically fraught, as in that region, you’ve got West Virginia, which would probably be opposed — to put it mildly," Clark said.

In New York, if the ISO succeeds in rallying enough political support behind the carbon pricing measure, that would make it "much harder for FERC to turn it down," even with FERC’s current lineup of commissioners, said Tierney. "If everybody [in New York] is in favor of it, that’s a pretty strong signal," she said, noting that Chatterjee has said he "is very in favor of states’ rights."

For his part, Dewey said he believes "the FERC will consider [the ISO plan] very, very carefully on the merits."

"In a lot of circles in this country, climate change and carbon issues are a partisan issue, but markets really isn’t," the CEO said. "For markets, there is bipartisan agreement."