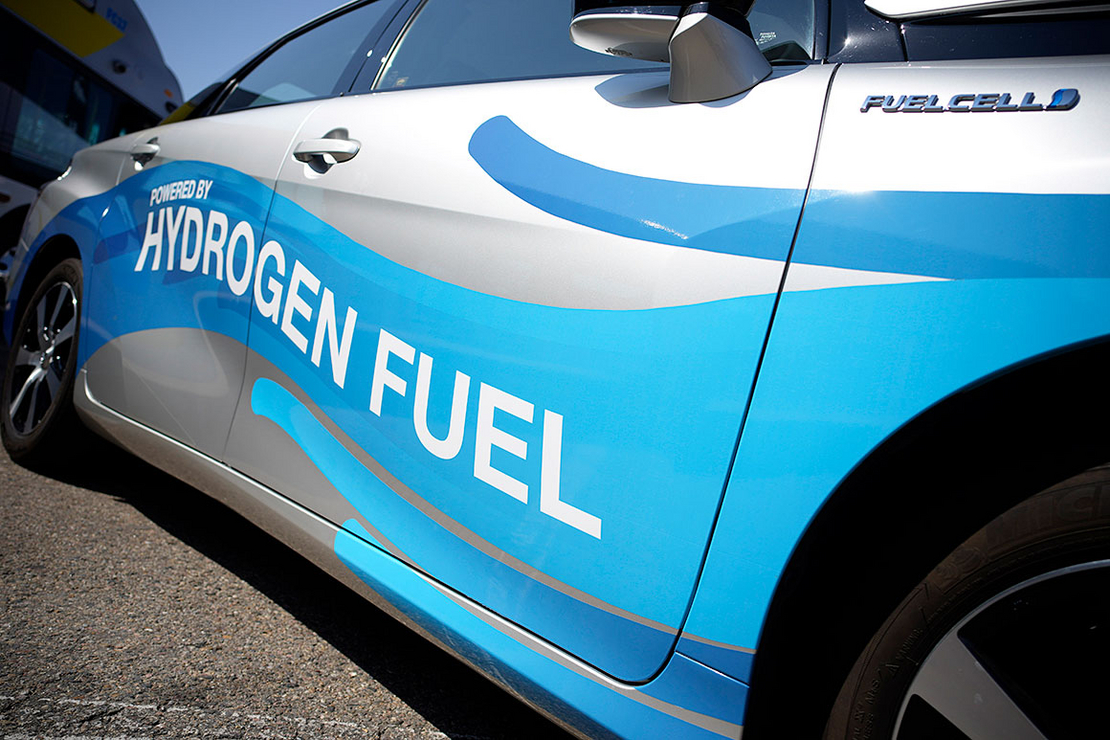 New York is weighing proposals that could set a precedent for hydrogen fuels and carbon capture and storage technology. AP Photo/David Zalubowski

New York is weighing a new program to build out emerging technologies like hydrogen and carbon capture, a development that puts the state at the forefront of a national debate over the gas industry’s role in plans to achieve net-zero carbon emissions.

In California, Louisiana and Michigan, for example, state officials are putting together net-zero road maps that are likely to flesh out exactly what carbon capture’s role should be for the power sector.

Warren Leon, executive director of the Clean Energy States Alliance, said discussions over the possible role of hydrogen, in particular, have been unfolding most quickly in New York.

“New York is the state where there is the most active discussion and debate over hydrogen, with strong views being expressed both pro and con,” he said in an email.

Consideration of a New York program for hydrogen and carbon capture is being prompted by a request from influential power generators and trade unions that say the state risks falling short of its goal of 100 percent carbon-free electricity without emerging technologies.

In a formal petition to utility regulators on Aug. 18, the groups said a new state program would create a market for “zero-emissions” technologies that could mimic the ability of natural gas to deliver around-the-clock, dispatchable power.

“If you’re not going to have natural gas in 20 years, what is going to be that fuel to keep the lights on?” said Gavin Donohue, president of lead petitioner Independent Power Producers of New York (IPPNY), at the group’s annual conference this month.

IPPNY’s membership includes gas and nuclear as well as wind and solar generators and suppliers, such as Exelon, Brookfield Renewable Partnerss and Consolidated Edison.

The new program, if it’s developed, wouldn’t help renewables like wind and solar, which must contribute 70 percent of New York’s electricity by 2030 under the state’s net-zero climate law.

Instead, the program could aim to develop resources like hydrogen and biomethane, as well as fuel cells and natural gas paired with carbon capture systems, according to Donohue. For New York to hit its wider goal of a 100 percent carbon-free grid by 2040, those types of dispatchable resources — including, potentially, technologies that aren’t being widely discussed already — will have to emerge at scale, he said.

“It’s pretty broadly written. We specifically don’t get into identifying technologies that we think are applicable. We leave it to the experts to determine that,” he told E&E News in an interview last month.

The petition is expected to ignite disputes with environmental justice groups, which have pilloried most forms of hydrogen and carbon capture as “false solutions” peddled by the natural gas industry.

But it may be well-received by state policymakers. The request appeared to dovetail with recommendations from a state advisory panel last May on the power sector, which is guiding implementation of New York’s carbon-free goals.

The panel had suggested that the state should try to develop dispatchable resources and name hydrogen and biomethane — which is also called renewable natural gas — as options.

“We were pleased to see the petition,” she said at IPPNY’s conference.

The petition to regulators would need to be approved by utility regulators at the state Public Service Commission, who would open a process to determine what the outlines of the program would be — possibly acting on cues from the governor.

Hydrogen and carbon capture, along with the other technologies cited by New York’s power producers, are viewed by many climate policymakers as eventual substitutes for natural gas.

Proponents include the Biden administration and Democratic leaders in the House, who this month advanced a plan for the power sector that would phase in the use of those emerging technologies, which are currently too expensive for widespread use (Energywire, Sept. 15).

However, environmentalists have questioned whether the technologies would really be as clean as backers say. And in New York, green groups criticized the idea of state-backed support for them.

Rita Yelda, a spokesperson for the Natural Resources Defense Council, said that her group saw IPPNY’s petition as “premature,” given the more pressing target of 70% renewables by 2030.

Sonal Jessel, director of policy for WE Act for Environmental Justice, also told E&E News last month that she found the petition “concerning,” while suggesting that her group would try to convince New York’s new governor, Democrat Kathy Hochul, to oppose it.

IPPNY’s petition was co-sponsored by the New York State Building & Construction Trades Council and the state’s AFL-CIO, which have hundreds of thousands of members, including many who work in incumbent energy industries.

The petition argued that wind, solar and storage alone will be “insufficient” to hit New York’s 2040 goal of 100 percent carbon-free power without sacrificing reliability.

So far, state regulators have been silent on where the last 30 percent of nonrenewable, carbon-free power will come from, the groups wrote.

“The Commission’s silence on these matters creates uncertainty in the electricity market and investment community,” they wrote, “thereby potentially delaying, unnecessarily, the development of resources” that are zero-emitting and less intermittent than renewables.

Regulators should break that silence, they argued, and start encouraging private-sector investments that could bring online at least 1 gigawatt of “zero-emissions” resources by 2030.

Some advocates of energy technologies that weren’t named in the petition, like nuclear power and long-duration storage, see a possible opening to advance those resources.

William Acker, executive director of the New York Battery and Energy Storage Technology Consortium, pointed out during last week’s conference that if policymakers help scale it up, long-duration storage could become a “critically important” source of dispatchable, zero-emissions power. And last Friday, advocates from Nuclear New York wrote in a filing to regulators that nuclear power would match the desired characteristics, as well.

The governor’s position remains a question mark. Hochul, the former lieutenant governor, entered office last month after the resignation of Democratic Gov. Andrew Cuomo. Her office did not respond to a request for comment.

“We have to see where [Hochul] lands on this,” said Jessel of WE Act. “Ultimately, it’s going to be in her hands.”