N.Y. loses ’round one,’ but fight against Big Oil isn’t over 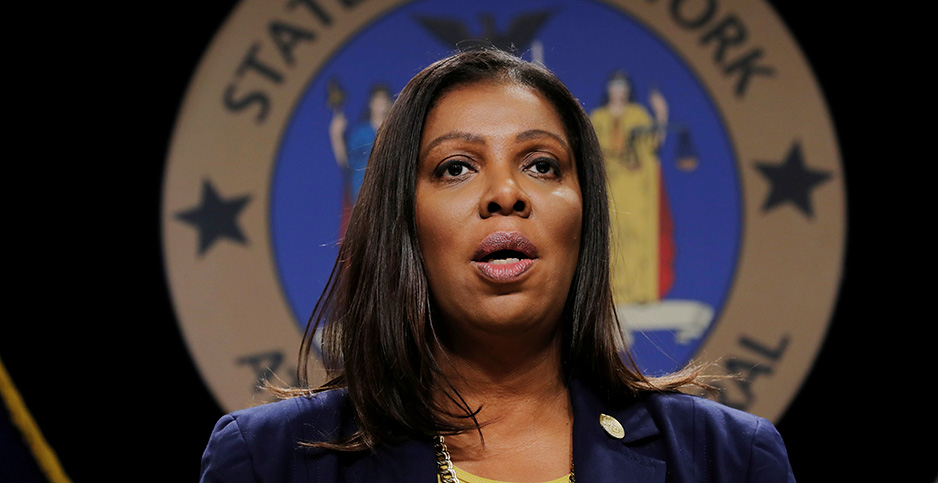 But state Supreme Court Justice Barry Ostrager’s ruling in People of the State of New York v. Exxon isn’t likely to chill other battles over the financial risks of climate change, including the lawsuit Massachusetts Attorney General Maura Healey (D) launched against Exxon during the thick of the Empire State’s three-week trial (Greenwire, Dec. 10).

"Our office has a separate case against Exxon in Massachusetts," said Chloe Gotsis, a spokeswoman for Healey.

"We were the first state to challenge Exxon’s ongoing campaign to mislead Massachusetts consumers and investors about the climate dangers caused by its fossil fuel products, and we will continue our work to hold the company accountable for its misrepresentations."

"Despite the fact that the Office of the [Attorney General] of New York had a long time to prepare their case, it appears that it lacked fundamental evidence that clearly demonstrated that Exxon Mobil set out to defraud investors," Ramaswamy said.

Ostrager’s decision, which followed a yearslong battle between Exxon and the New York attorney general’s office over whether the company violated state corporate protection law, "will shape but it will not stop" other attempts to hold the industry accountable for climate risk, said Andrew Logan, director of the oil and gas program at sustainability nonprofit Ceres
.

"This is a long battle," he said. "Round one goes to Exxon, but this is clearly a multiround fight."

While some experts saw New York’s widely watched case as a watershed moment for climate accountability, the case lived and died on technical questions over securities law.

"While the dialogue was productive, I am not surprised with the outcome," Ethan Powell, founder of the financial services nonprofit Impact Shares, wrote in an email. "[Exxon and other companies] continue to play an important role in our society as we transition away from a fossil fuel powered economy."

But even if the outcome of New York’s challenge doesn’t affect industry practices, other legal experts say the case highlighted the gap between what oil companies are doing about climate risk and what investors think companies are doing.

"A lot came out at trial that changed how investors will think about how Exxon manages climate risk and the degree to which the company is serious about it," Logan said.

New York’s battle against Exxon may serve as an important case study for Healey and others who want to go head to head with the oil industry in court.

"The trial was actually incredibly helpful, regardless of the legal conclusion, because … it clearly demonstrated to investors the limits of the current approach to voluntary disclosure," Logan said.

Logan’s nonprofit group, Ceres, sent a letter to Exxon in 2014 that called on the company to improve its disclosure of climate risks. That request helped spur Exxon to release the shareholder reports that New York targeted in its challenge.

Other experts say windows of opportunity to change companies’ climate disclosure practices may have already closed.

"They are really demanding that public oil and gas companies provide more disclosures on climate change … and I think the public energy companies are already accommodating those requests."

Biles, who has advised other publicly traded energy companies concerning climate disclosures, said that while Ostrager’s opinion may not have a bearing on disclosure activity, it could affect future litigation.

"I think what this opinion does is it closes the door to any future securities cases concerning proxy carbon costs," he said.

During a three-week trial in October, James’ office set out to prove that Exxon had violated the Martin Act, a state statute that protects against corporate fraud. New York argued that Exxon’s practice of using one set of "proxy" costs — or hypothetical costs on carbon — for internal decisionmaking while telling shareholders that it was using a completely different number was both confusing to a reasonable investor and resulted in material damage (Climatewire, Oct. 22).

Ostrager instead sided with Exxon’s explanation that the costs were both legitimate and properly disclosed.

"The Court finds that there was no proof offered at trial that established material misrepresentations or omissions contained in any of ExxonMobil’s public disclosures that satisfy the applicable legal standard," Ostrager wrote in his 55-page decision yesterday.

He was careful to distinguish the case as a purely technical matter that was not "intended to absolve ExxonMobil from responsibility for contributing to climate change through the emission of greenhouse gases in the production of its fossil fuel products."

Michael Gerrard, director of Columbia University’s Sabin Center for Climate Change Law said that "the square peg of the Martin Act turns out not to fit the round hole of Exxon’s past history of climate denial."

Regardless of the technical nature of New York’s lawsuit, climate activists rallied around the case as an important first step in the battle to hold Exxon and other oil companies accountable for years of misinformation about the industry’s contributions to climate change.

Protesters from 350.org and other climate advocacy groups lined the steps of the New York Supreme Court in October on the first day of the Exxon trial. They carried a massive banner emblazoned with #ExxonKnew slogans.

In a statement following the decision, 350.org organizer Dominique Thomas thanked James for her efforts and said that this case was "always about so much more than the Martin Act and investor fraud."

"The crucial work to hold the likes of Exxon accountable for climate crimes goes on," Thomas said. "This is just the tip of the accountability iceberg."

New York’s fight played a critical role in fueling a growing climate accountability movement that has swept up even some Democratic candidates in the presidential race (Climatewire, Sept. 16).

"The fossil fuel industry is on trial around the globe."