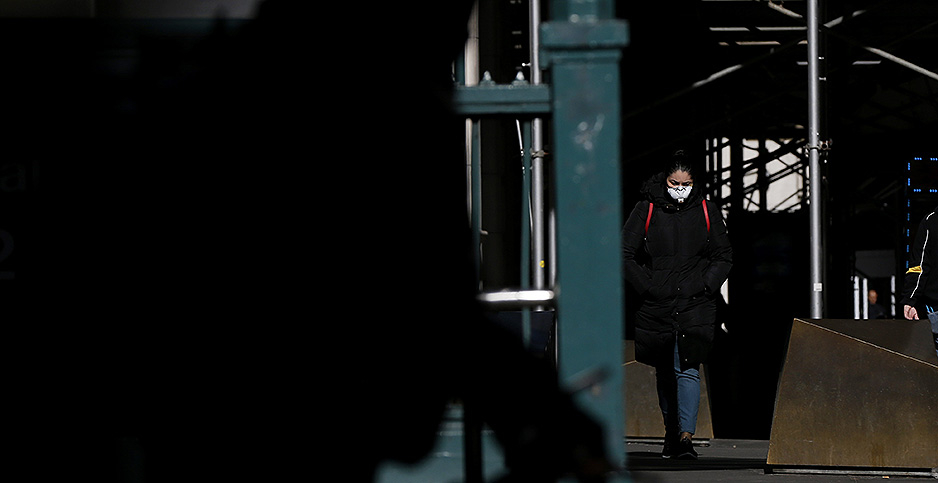 Andrew Cuomo of New York became the first governor to ask President Trump to declare his state a "major disaster" due to the novel coronavirus, opening the door for millions of people nationwide to get unemployment checks, housing assistance and other disaster relief.

Cuomo’s request could establish a dramatic precedent because no U.S. president has declared a "major disaster" over a public health threat.

Disasters have historically been declared for states hit by what federal law calls a "natural catastrophe" — like hurricanes, storms, tornadoes and earthquakes.

Trump signaled recently that he would likely break precedent and declare disasters in states affected by COVID-19, caused by the coronavirus, which has infected at least 7,000 people in the United States and spread to all 50 states. New York has been hit hardest, with 2,600 known cases yesterday, according to the Centers for Disease Control and Prevention.

"We need FEMA," Cuomo said at a briefing Tuesday, referring to the Federal Emergency Management Agency. "FEMA has tremendous resources."

Cuomo’s disaster request, revealed in a FEMA document made public yesterday, asks the agency to pay 75% of New York’s emergency protection costs related to the coronavirus and to help New Yorkers with housing needs caused by the outbreak.

Perhaps most significantly, Cuomo also wants the Labor Department to pay unemployment benefits to New Yorkers who lost their jobs because of the virus and who do not qualify for standard unemployment checks.

That could include people who are self-employed, lack an earnings history to qualify for unemployment or have used all of their unemployment benefits. Millions of people nationwide could qualify for disaster-related unemployment as the coronavirus brings commerce to a halt.

The Labor Department paid individuals nearly $600 million in disaster-related unemployment compensation from 2002 through 2018, according to the Congressional Research Service. Just over $400 million was paid in the months after Hurricanes Katrina, Rita and Wilma in 2005.

Officials around the United States will be watching closely to see how Trump handles the request by Cuomo, a Democrat who has openly criticized the Republican president.

Approving the request would encourage and possibly pressure other governors to request their own disaster declarations.

"When one governor does something, the rest will follow," former FEMA Administrator Craig Fugate said in an interview yesterday. "If the White House rules in favor of New York, I would expect more requests would come in."

Approving dozens of disaster declarations for the coronavirus could strain FEMA while it deals with flooding, wildfires and other disasters.

If Trump approves the request, it could trigger legal challenges because federal law appears not to allow presidents to declare disasters for health epidemics.

Trump’s statement is "somewhat troubling," said Elizabeth Goitein, co-director of the Liberty and National Security program at the Brennan Center for Justice in New York City.

"Shoehorning a pandemic into the Stafford Act’s definition of ‘major disaster’ is a stretch, at best," Goitein wrote Monday on The Atlantic‘s website. "Trump is proposing to bend the law, no doubt to free up assistance that would only be available for major-disaster declarations. The ends might be worthy, but the means should give us pause."

It’s unclear who might challenge a decision by Trump to declare a disaster for coronavirus-infected states or how a judge might rule.

"During a crisis, most judges have taken a position to not interfere with executive authority until after dust has settled," said Fugate, who ran FEMA during the Obama administration.

Cuomo’s request comes as Congress and the White House scramble to enact an unprecedented stimulus package aimed at sustaining industries that have been devastated by the global outbreak and giving cash to every U.S. resident.

With no clear timetable for approving up to $1 trillion in emergency funding, states could tap federal funds much more quickly by being declared a major disaster.

"These are things that could be stood up and started within a week," Fugate said.

A disaster declaration opens the door to an enormous range of federal funds and programs for states, communities and individuals affected by an event.

Many of the disaster programs, such as money for infrastructure repairs, are designed to help communities recover from destruction caused by natural catastrophes. But programs for individuals have broad applicability. They give people money for child care and medical expenses and provide benefits such as food stamps, legal services, crisis counseling and unemployment checks.

The federal government has a limited history of giving states disaster aid during health incidents, and the assistance was limited. When New York and New Jersey faced outbreaks of the West Nile virus in 2000, President Clinton approved an "emergency" declaration for the two states but not a disaster declaration.

The differences between an emergency and a disaster are subtle but significant.

Presidents can approve an emergency for a wide range of events including disease outbreaks. Trump himself approved emergency assistance Friday to pay part of states’ costs for emergency protection related to the coronavirus.

Fugate said it would be better for the federal government to give individuals in coronavirus-affected areas four types of disaster aid: food stamps, unemployment benefits, legal aid and crisis counseling.

Those programs address immediate needs and "do not require FEMA to extend a lot of personnel," Fugate said.

Cuomo said FEMA’s presence is needed in New York, where hospitals are expected to be overwhelmed by coronavirus patients.

"FEMA can be extraordinarily good when it’s staffed and funded," Cuomo told a New York Times podcast yesterday. "So we need them fully deployed here."