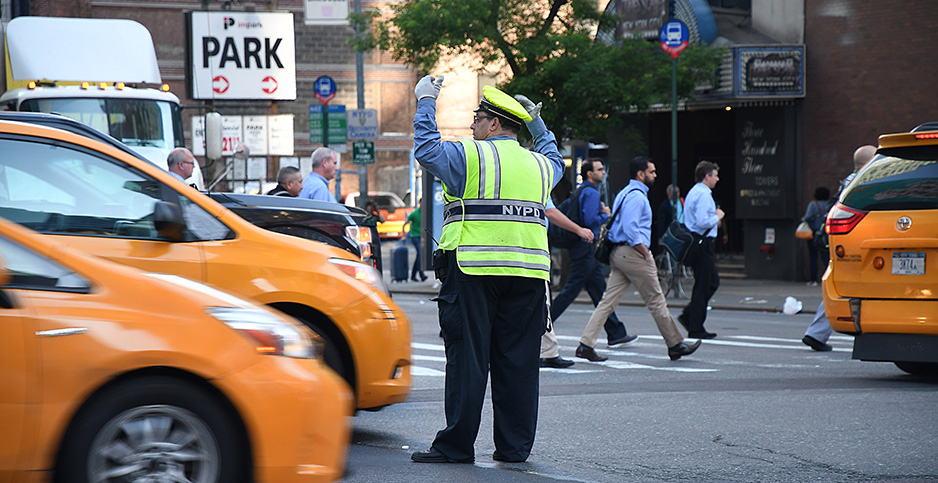 There’s a hole in the ambitious climate plan unveiled by East Coast states this week to reduce car pollution.

It’s larger than a Big Apple.

A major new cap-and-trade system for the transportation sector in nine Northeastern states and the District of Columbia doesn’t include New York, even though state officials have promised to intensify climate action as President Trump reverses rules to slash emissions.

New York’s conspicuous omission is seen as a blow to regional and state climate goals. If the Empire State were to join the Transportation and Climate Initiative, it would immediately become the coalition’s largest emitter of carbon from the transportation sector. The nine states and D.C. had combined transportation emissions of 251 million tons in 2015, according to figures by the U.S. Energy Information Administration. New York’s emissions from transportation that year were 71 million tons.

"We’re shocked and disappointed New York is not on the announcement. Given the governor’s commitment yesterday, it’s surprising to see them not included here," said Bruce Ho, a senior advocate with the Natural Resources Defense Council’s climate and clean energy program. "New York should be here with other states leading the charge."

The absence also raises questions about the state’s ability to fulfill its own greenhouse gas reduction goals. In 2015, Gov. Andrew Cuomo (D) issued an executive order calling for emissions to fall 40 percent of 1990 levels by 2030.

New York would be far short of that target even if it succeeds in making its electric grid carbon neutral. Emissions in the state fell 8 percent between 1990 and 2015, according to state data. Eliminating the 37 million tons of carbon associated with electricity generation would reduce emissions an additional 16 percent.

That illustrates the challenge of making deep emissions reductions without addressing the largest source of greenhouse gases: vehicles.

The state’s refusal to sign onto the initiative came one day after Cuomo delivered a speech rich in progressive priorities for the upcoming legislative session. It was full of allusions to another New York governor, Franklin D. Roosevelt, but short on details for environmental policy. Cuomo singled out his support for the "Green New Deal" boosted by Rep.-elect Alexandria Ocasio-Cortez (D-N.Y.) but didn’t offer details.

"Extreme weather is a reality. It is obvious across the globe. It is obvious to everyone with a television set," Cuomo said in a speech before the New York State Bar Association. "New York will launch the ‘Green New Deal’ to make New York’s electricity 100 percent carbon neutral by 2040 and ultimately eliminate the state’s entire carbon footprint."

Yesterday, those close to the process, including some who participated in the meetings leading up to the transportation announcement Tuesday, scrambled to understand why New York refused to sign onto the initiative.

For years, New York has been heavily involved in advancing the transportation initiative, and it hosted three of the six sessions discussing next steps. The state’s last-minute decision to back out of the announcement came as a shock to other state officials interested in moving forward with a major climate policy.

Robert Klee, commissioner of Connecticut’s Department of Energy and Environmental Protection, said he was surprised by New York’s omission. He nevertheless expressed confidence in the transportation program, noting that it spans a broad geographic region and is led by governors from both political parties. He sounded optimistic that New York could be brought back into the fold.

Transportation is ultimately a regional issue, Klee said, noting the commuter rail line from Fairfield County, Conn., into New York City is among the busiest in the country.

New York officials didn’t explain why it opted out of the program, noting that it’s still working to reduce transportation emissions. A state official did not return multiple requests for comment yesterday.

The Cuomo administration has preferred to lead intrastate climate initiatives in the past. New York was one of the leaders of a group of blue states that formed the U.S. Climate Alliance to counter the Trump administration’s expected withdrawal from the Paris climate agreement. The group gave Cuomo credit for supporting its goals.

That was before New York opted out of the official rollout Tuesday.

"We recognize that a regional solution that reflects the regional nature of the transportation system will be more beneficial to our residents and businesses," the Transportation and Climate Initiative said in a statement. "TCI member states are hearing innovative ideas from around the region and country; have commissioned analyses identifying potential opportunities, options, and benefits of acting; and have learned about potential market-based carbon mitigation strategies."

Vicki Arroyo, executive director of the Georgetown Climate Center, which has facilitated TCI discussions, said New York has long worked with neighboring states on major initiatives. She touted New York’s leadership on climate, adding that "all TCI jurisdictions are welcome to stay engaged in the process, and we hope that New York will be able to stay engaged and sign onto the statement in the future."

New York wasn’t the only member of TCI that didn’t join the announcement. New Hampshire and Maine, each of which is led by Republican governors, also declined. Greens said they hoped Maine will join the coalition when Gov.-elect Janet Mills (D) takes office in January.

Mills expressed some trepidation about a cap-and-trade program for transportation in an email exchange with E&E News last month. The incoming governor said she was worried how such a proposal would impact low-income drivers who have less flexibility in their ability to travel.

"So, I would approach any proposal like this with those concerns in mind and with questions about how it would be administered," Mills wrote at the time.