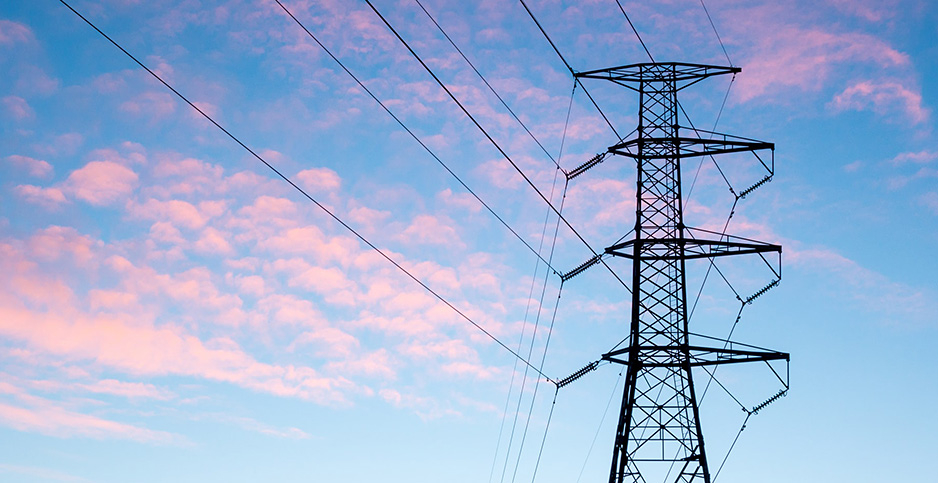 Officials in New York are building three major transmission projects that could unlock renewable energy from the state's upstate region and help the state meet its climate goals. Some in the state say the recent developments there also offer a model for addressing transmission and clean energy bottlenecks nationwide. Nikola Johnny Mirkovic/Unsplash

After years of bottlenecks for renewables, new transmission projects are moving forward in New York in a move that observers say could be a model for other states and the Biden administration.

Nationwide, high-voltage power lines and other transmission projects help maximize the benefits of solar and wind farms by transporting power from areas with ample renewable resources to population centers. But analysts say the transmission system as it exists today must be beefed up to support the transition to carbon-free power that President Biden and many states hope to achieve.

The mismatch between where solar and wind farms are located and where clean power is in high demand exists in many regions, but the problem is perhaps most apparent in New York, analysts said. Upstate New York — where land is more plentiful and less expensive — hosts most of the state’s solar and wind farms and hydropower plants, but the urban areas around New York City account for most of the state’s power demand.

A solution to that challenge, according to many observers in the state, is to build and upgrade existing transmission resources. But transmission projects nationwide can often take up to 10 years to get built, and past efforts to boost transmission in New York have fallen short.

"In general, the process for siting transmission both regionally and interregionally across the country is not working well," said Cullen Howe, a senior renewable energy advocate at the Natural Resources Defense Council in the Eastern region. "We know that because these projects aren’t getting built."

To address the problem, New York state regulators established an "expedited process" in April for planning and siting transmission projects, which is expected to speed up what has previously been a yearslong ordeal.

The New York Public Service Commission now has nine months after receiving a completed application for a transmission facility to issue approvals, so long as the project "would not result in any significant adverse environmental impacts"; is located in an existing right of way; or is needed to comply with "law, regulations or industry practices."

In January, the PSC and the New York State Energy Research and Development Authority also released a report identifying specific investments in transmission that will be needed for the state to achieve its clean energy goals, including 100% zero-emissions electricity by 2040 and 9,000 megawatts of offshore wind by 2035.

The New York Independent System Operator this year also modified its economic planning processes — which were previously done primarily with a focus on reliability and resource adequacy — to also assess transmission needs "driven by federal or state laws and legislation," such as clean energy goals.

Each of those steps has reinvigorated transmission planning and siting processes in the state, observers said.

"I think New York state has made more progress with transmission planning in the last 14 months than in the previous 10 years," said Anne Reynolds, executive director of the Alliance for Clean Energy New York. "It’s really taken a jump forward."

The Department of Energy proposed in its fiscal 2022 budget request a process for streamlining "permits, special use authorizations and other approvals" required to site transmission facilities. DOE is offering $8.25 billion in loans for transmission projects owned by tribal nations or corporations and for projects in the West, and the administration included a new investment tax credit for transmission in its budget plan.

Last week, DOE also announced a new initiative to explore opportunities for boosting transmission between the United States and Canada to advance clean energy for both countries.

Additionally, the Federal Energy Regulatory Commission announced this month it would partner with the National Association of Regulatory Utility Commissioners to identify potential roadblocks to the development of "optimal transmission necessary to achieve federal and state policy goals" and seek out solutions and reforms. Clean energy groups praised the announcement, calling the partnership with state-level regulators a significant first step on transmission from FERC (Energywire, June 21).

Still, in New York and nationwide, key questions remain about transmission build-out, including how to limit backlash from communities located near grid projects and whether costly transmission investments could drive up electricity rates.

Pushback could be a challenge nationally given that interregional transmission lines may pass through states with different policy priorities, a problem New York has mostly been able to avoid so far, said Justin Gundlach, senior attorney at the Institute for Policy Integrity at New York University School of Law.

"NYISO has been very responsive to New York state’s priorities regarding public policies," Gundlach said. "What gets tricky in other multistate situations is different states have different public policies and the ISO in those regions needs to work through an extremely cumbersome process of reconciling those different views."

Much of New York’s recent action on transmission was spurred by the enactment of a new law last year, the Accelerated Renewable Energy Growth and Community Benefit Act.

The law established an office of renewable energy siting to "consolidate environmental reviews for major renewable energy facilities" and ensure that projects are approved "in a timely manner." It also mandated the development of the comprehensive grid study completed in January and directed the PSC to develop its new expedited process for reviewing transmission applications.

The law hasn’t been without its critics, particularly from communities upstate that have raised concerns about various renewable energy projects in their backyards (Energywire, Feb. 25, 2020).

In years past, some communities upstate also had shunned proposals to build more power lines. In 2011, for example, Gov. Andrew Cuomo (D) proposed an "Energy Highway" to increase transmission capacity, promote business investments and make the state’s energy grid "the most advanced in the nation." It faced some local opposition upstate and ultimately did not come to fruition, Reynolds said.

But Reynolds said that New York’s approach this time around is more thoughtful. Unlike in 2011, the state is now targeting transmission projects and upgrades in existing rights of way — meaning they will be in areas that developers already have the rights to and won’t run through people’s property, she said.

"[One] lesson from New York would be to focus on existing rights of way as much as you can and on strengthening that backbone," she said.

Three major transmission projects are underway in New York, which would bring clean power from solar, wind or hydropower facilities located upstate to the state’s downstate urban centers, according to NYISO. While they were in development prior to the enactment of last year’s law, clean energy advocates said the law has pushed all relevant parties — from the PSC to NYISO to state departments — to prioritize transmission that will get the state closer to its clean power goals.

There are also proposals to build new transmission lines that would run underground or under the Hudson River, which could mitigate any concerns about projects posing an eyesore, according to Reynolds.

None of that means that building new transmission in New York or elsewhere will be an easy task, said Romany Webb, senior fellow at the Sabin Center for Climate Change Law at Columbia University. Often, regulators and other stakeholders have failed to fully engage with difficult questions about how transmission will affect communities and how to balance community concerns with clean energy needs, Webb said.

In some instances, "that’s starting to change, but there’s more work to do," Webb said.

"New York has this situation commonly referred to as the tale of two grids," said Chris Casey, a senior attorney at the NRDC. "There’s all these transmission constraints that separate the upstate and downstate regions."

State officials have identified regions within each county where renewable energy is most likely to be built, thereby sending a clear and early signal to developers about transmission investment opportunities, said Brian Gemmell, chief clean energy development officer at National Grid.

In the past, transmission developers would need to wait until a solar or wind project made it through the ISO’s interconnection queue — a notoriously long process — to learn of a potential project. In NYISO and other wholesale power markets, new renewable energy projects can spur transmission upgrades that benefit the broader grid, but projects often get stuck in the queues for years.

"That’s that proactivity — not waiting until the generation makes the interconnect," Gemmell said. "We’re effectively creating renewable generation zones and declaring to the market that this transmission is going to built and that there will be incremental capacity in those zones."

The commission plans to evaluate ways to allocate and share the costs of the three projects given that they "will have climate benefits statewide," the PSC said in a statement at the time.

Even so, the issue is one where the Biden administration could have a big impact, according to Reynolds. The administration’s electric transmission investment tax credit in particular could reduce some of the costs of building new power lines and save ratepayers money, she said.

"That [would] really help states like New York," Reynolds said. "We’ve made a commitment to transmission, but having help from federal government would add more juice to make it over the finish line for these projects."

As for FERC’s role in supporting transmission needs, the independent agency appears to have opted to tackle the issue by working with states, rather than taking a more heavy-handed or unilateral approach, said Gundlach of the Institute for Policy Integrity. But time will tell whether that will result in the transmission build-out that analysts say is needed for high growth in renewables.

"It’s hard to see how FERC does what I think is necessary without creating fodder for political opposition," Gundlach said. "But what you’ve seen with this announcement with the NARUC forum is, clearly, that’s what they want to try."