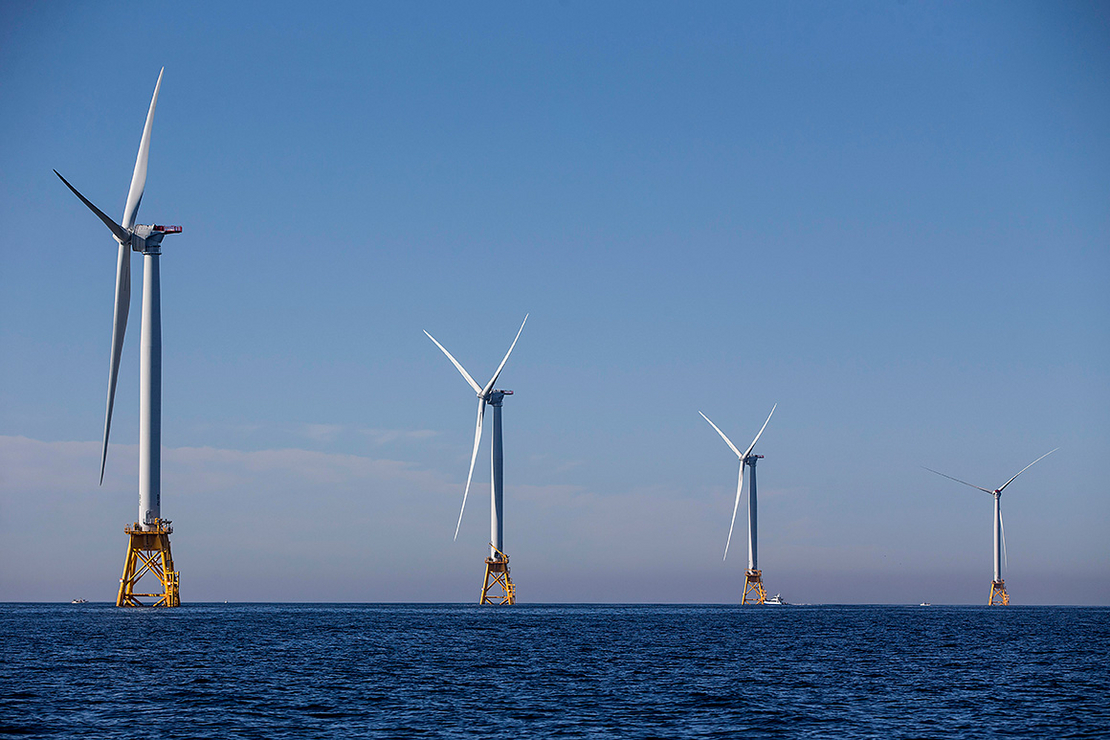 One of New York’s biggest utilities is asking regulators for permission to build a $1 billion grid hub that connects massive volumes of offshore wind to an old fossil fuel site, underscoring a challenge facing emissions plans that envision a surge in renewables.

Known as the Brooklyn Clean Energy Hub, the plan was presented by Consolidated Edison Inc. to the state Public Service Commission (PSC) last week. It seeks to resolve what energy officials in New York and other East Coast states have identified as a looming obstacle to their climate goals: a lack of grid interconnection points for offshore wind.

New York is in some ways a test bed, since it has the nation’s largest target for offshore wind — 9 gigawatts by 2035 — and one of the country’s most aggressive decarbonization timelines. By 2030, 70 percent of the state’s power must come from renewables, with a carbon-free grid required by 2040.

For its hub project, ConEd wants to create eight new points of interconnection for offshore wind and other renewable companies, largely by repurposing the site of two kerosene-burning gas turbines in Brooklyn. Built in the 1970s, those turbines contribute power during hours of peak demand and will retire in November of this year. Additionally, two existing substations in Brooklyn and Queens will be reconfigured for the hub.

In total, about 6 gigawatts of electricity could flow into the hub, according to ConEd’s proposal. That is roughly enough for 4 million homes. The clean power would serve a city where over 90 percent of the grid’s electricity comes from fossil fuels, while the rest of the state’s grid is close to being decarbonized.

State regulators are likely to be amenable to ConEd’s idea, given its origins. In January, the PSC directed the company — the sole provider of electricity across all of New York City — to draw up a detailed proposal for a grid “hub” capable of connecting 5 GW to 6 GW of offshore wind.

That order was meant to shake loose a solution for what the PSC described as “one major issue that is unresolved” — the possibility that New York City lacks the physical space needed to build out the grid in preparation for the 9 GW of offshore wind.

ConEd’s hub would link offshore turbines into the city’s high-voltage transmission system rather than expanding existing substations, something that the company called “the only feasible way” to integrate big volumes of wind power.

It would also be more cost-effective than recent major upgrades, it argued.

“The Hub is therefore the only project that is physically feasible and can be in-service by 2027 for the proper implementation” of the state’s climate goals, the company wrote in its proposal.

It asked regulators to let it “immediately commence” work on the hub and requested approval to recover its costs from ratepayers across the state.

The hub plan comes as the state plans to begin accepting project proposals this year for up to 4.6 GW of new offshore wind — something ConEd cited as another reason to quickly approve its request. Wind developers could present plans that include connections to the Brooklyn hub, the utility said.

For the first time in New York, developers this year will apply not just to build turbines, but to feed their power into a shared offshore transmission network known as a “mesh,” before it is transported to shore (Energywire, March 24).

The rest of the East Coast, meanwhile, is grappling with how to prepare the grid for offshore wind goals.

In New Jersey, for example, regulators at the Board of Public Utilities (BPU) have sought proposals for shared transmission lines that would serve several offshore wind projects to ensure that the state does not run out of grid connections. Developers have sent in some 80 proposals so far this year, in response to a BPU call.

One lingering issue is how states who share a common grid should best divide the cost of upgrades in preparation for offshore wind. Last Friday, commissioners at the Federal Energy Regulatory Commission approved a first-of-its-kind framework that would allow New Jersey to recover costs from other states on the PJM grid as New Jersey builds out grid links for its own 7.5 GW offshore wind goal. The agreement is meant to prevent other states on the grid from acting as “free riders” — benefiting from grid upgrades without paying anything for them.

The FERC agreement had been criticized by Ohio’s ratepayer advocates and several investor-owned utilities, including Duke Energy Corp., American Electric Power Co., and Dominion Energy Inc., as well as Republican FERC Commissioner James Danly. They argued that the framework was too broad and could allow unwilling states to bear the costs of New Jersey’s transmission projects for offshore wind.

But it could serve as a model for other offshore wind states, according to analysts at ClearView Energy Partners LLC in a note yesterday.

The agreement “leaves open the opportunity for the development of an offshore ‘network’ transmission system that could serve multiple wind projects, reinforcing momentum we observe for that trend,” ClearView said.

The three other PJM states with offshore wind goals — Maryland, North Carolina and Virginia — have not requested that FERC approve similar frameworks involving them.

ClearView analysts said they were “not sure the precedent will encourage all of them to do so” but that officials in Maryland “may feel emboldened to act” in particular, given the state’s approvals of two offshore wind projects and commitments to buy an extra 1.2 GW of additional power from the resource.