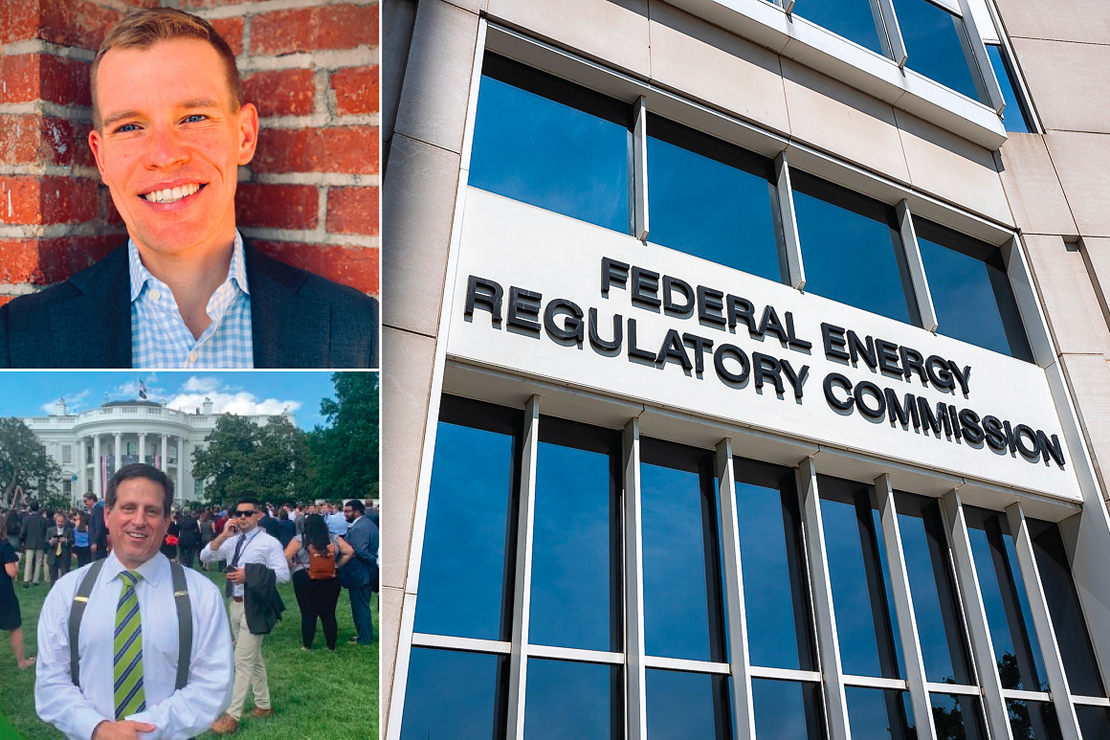 The top attorney at the Federal Energy Regulatory Commission and an energy adviser for House Democrats are among the candidates in the running for an open seat at FERC, according to several people familiar with the process.

Matthew Christiansen, who is general counsel at FERC and previously served as legal adviser to former Chair Richard Glick, is under consideration for the vacant spot at the commission.

Rick Kessler, a senior Democratic adviser for the House Energy and Commerce Committee, is also under consideration or may be eyeing the job, said sources who asked not to be named because the nomination process is still ongoing.

FERC oversees major aspects of the electric and natural gas industries, including the nation’s wholesale power markets and the reliability of the grid. The agency is expected to finalize new rules this year that would influence the pace of the transition to carbon-free energy and the buildout of the power system.

It’s unclear when the White House will nominate someone new to join the independent, five-seat commission, or how many individuals are being vetted for the job. FERC currently has two Republican members and two Democrats, including acting Chair Willie Phillips.

“It still feels like we’re early in the process,” said Larry Gasteiger, executive director of the Wires Group, a trade association that promotes high-voltage transmission lines.

Whoever is nominated could be selected specifically to serve as the permanent chair. In a statement earlier this month, a White House official said Phillips would hold the job of chair “until we are able to nominate and confirm a permanent chair.”

A spokesperson for the White House could not immediately be reached for comment Friday afternoon regarding the status of the process or who is under consideration.

A nominee from President Joe Biden to be FERC chair might face a higher bar in the Senate during the confirmation process compared to one for a regular commissioner spot, FERC watchers noted.

Glick was nominated last year to serve a second term as chair of the commission. But his nomination was effectively blocked by the chair of the Senate Energy and Natural Resources Committee, Sen. Joe Manchin.

A spokesperson for the West Virginia Democrat said in November that the senator was “not comfortable” holding a hearing for him. Glick left FERC when the last Congress adjourned, and Phillips became the commission’s acting chair on Jan. 3.

“It’s hard to find someone that the administration — with their worldview and political obligations — wants but that Sen. Manchin would also sign off on,” said Ted Thomas, the former Republican-appointed chair of the Arkansas Public Service Commission who now runs an independent consulting firm.

Prior to starting work at FERC in 2016, Christiansen — considered a close ally of Glick’s — held stints as a law clerk on the U.S. Court of Appeals for the District of Columbia Circuit and the U.S. District Court for the Southern District of New York.

In a Twitter message Friday, Christiansen declined to comment on the prospect of being under consideration for the job of commissioner or chair.

“I haven’t talked to [Christiansen] about it, but I don’t doubt he’d want it. He’s an ambitious guy,” said one former FERC staffer with knowledge of the nomination process.

There would also be precedent for selecting a congressional staffer for a FERC job if Kessler were nominated. Glick was general counsel for Democrats on the Senate Energy and Natural Resources Committee before he was tapped by former President Donald Trump to join FERC in 2017.

Kessler is “a name I’ve heard more than once,” said Colette Honorable, a partner at Reed Smith LLP who served as a Democratic FERC commissioner from 2015 to 2017. “I know him well. And I have a lot of respect for him. He knows the sector. He’s very knowledgeable. And I love that he has that legislative experience because that would bode well.”

“It’s clear that FERC could benefit with improved relations with Congress,” Honorable added.

Kessler joined the House Energy and Commerce Committee in 2015. He previously spent roughly eight years working in public relations, according to his LinkedIn profile, and was also chief of staff for former Rep. John Dingell (D-Mich.).

A spokesperson for Democrats on House committee could not be reached for comment Friday on whether Kessler is interested in the job.

Some in the energy industry have said the White House should appoint Philips as the permanent chair. Having previously served as chair of the District of Columbia’s Public Service Commission, Phillips joined FERC in December 2021 and has publicly vowed to prioritize working with his Democratic and Republican peers on the commission (Energywire, Jan. 6).

“He certainly should have been named chair outright,” Honorable said. “He certainly came to FERC with a better understanding of some of the larger, national issues around reliability and resilience. And that’s an area where we certainly can’t let up in our work.”

One challenge with picking a new FERC commissioner is finding someone without substantial conflicts of interest within the utility and energy spaces regulated by the commission, said Rob Gramlich, president of Grid Strategies LLC and a former economic adviser at FERC.

Individuals with extensive involvement in commission proceedings through their current positions — including state utility regulators — typically need to recuse themselves from decisions involving those matters for their first year at FERC.

Gramlich, for example, has been floated as a possible candidate for the FERC job. But he also has participated in various FERC proceedings concerning electric transmission development and other issues.

“I think I’m probably one of many people who’d be recused from voting on key orders by virtue of being involved in some of the proceedings, so therefore, I’m not interested,” Gramlich said. “I think there’s a lot of great candidates out there who fall in that category.”

Danly’s term at FERC, meanwhile, ends in June. It’s possible that the White House could nominate both a Democratic chair and Republican commissioner to replace Danly. Doing so could help smooth out the confirmation process before the Senate, said Gasteiger of the Wires Group.

Still, the timing of potential nominations for FERC remains up in the air.

“This is going to be a parlor game until we get a name” from the White House, said an energy lobbyist familiar with the process.