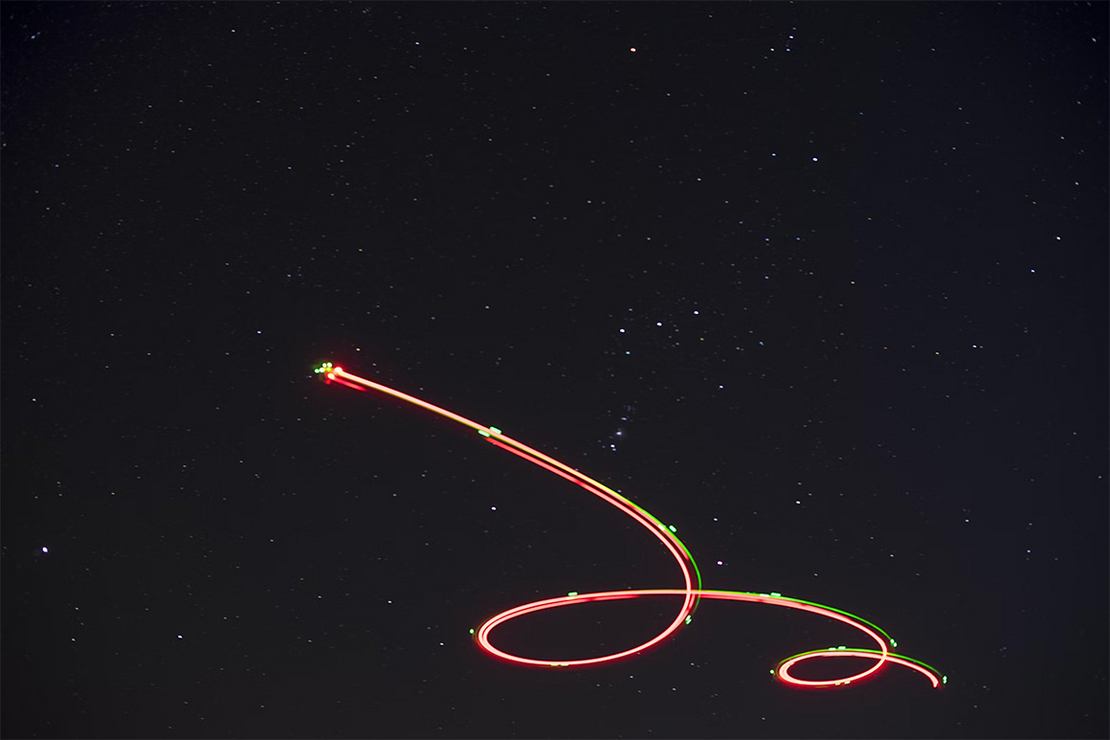 NASA announced yesterday it plans to study UFOs. A long exposure photo of a drone is pictured. Ben Collins/Unsplash.com

NASA announced yesterday it was hopping into the search for UFOs with its own team of top scientists embarking on a scientific study in the fall into the unidentified aerial phenomena.

The space agency’s search for answers into UFOs is separate from the effort underway at the Department of Defense, which shared its finding in a House Intelligence Committee hearing last month.

Thomas Zurbuchen, the associate administrator for science at NASA, said while the study may have some reputational impacts on the agency, it is nonetheless important scientific work.

“NASA believes that the tools of scientific discovery are powerful and apply here also,” Zurbuchen said. “We have access to a broad range of observations of Earth from space — and that is the lifeblood of scientific inquiry. We have the tools and team who can help us improve our understanding of the unknown. That’s the very definition of what science is. That’s what we do.”

David Spergel, president of the Simons Foundation and former chair of the astrophysics department at Princeton University, was tapped to lead a group of experts in the scientific, aeronautics and data analytics communities to “focus on how best to collect new data and improve observations of [unidentified aerial phenomena].”

“We will be identifying what data — from civilians, government, nonprofits, companies — exists, what else we should try to collect and how to best analyze it,” Spergel said.

The agency said there is no evidence that UFOs are extraterrestrial in nature but that the unidentified objects are of “interest” to national security and air safety.

Scott Bray, deputy director of naval intelligence, told lawmakers at last month’s hearing there have been 11 near misses between UFOs and U.S. aircraft. Since the Pentagon’s preliminary report to Congress last summer, the number of observed UFOs has increased from 114 to over 400, which Bray attributed to the destigmatization of reporting the unidentified phenomena.