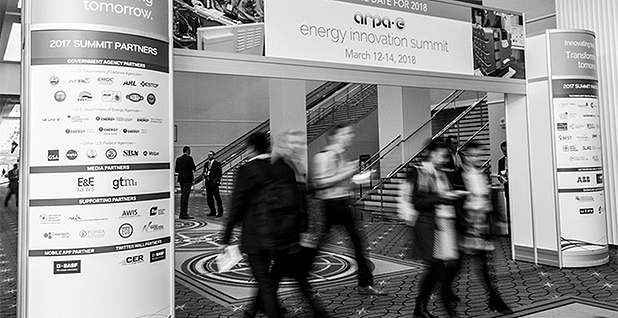 The National Academies of Sciences said the Advanced Research Projects Agency-Energy, or ARPA-E, is working, despite the Trump administration’s claims. ARPA-E

A Department of Energy research agency targeted for elimination by the Trump administration "is not failing" and doesn’t need reform, according to a report today from the National Academies of Sciences, Engineering and Medicine.

The assessment of the Advanced Research Projects Agency-Energy, years in the making, finds that the DOE program is performing well on nearly every metric. Without mentioning President Trump by name, the congressionally mandated report challenges his argument that ARPA-E is unnecessary because the private sector could or should carry out the agency’s functions.

Instead, the academies conclude that ARPA-E projects are too high-risk and early-stage initially to attract much private capital.

"The agency is not failing and is not in need of reform. In fact, attempts to reform the agency — such as applying pressure for ARPA-E to show short-term success rather than focusing on its long-term mission and goals — would pose a significant risk of harming its efforts and chances," the report states.

Yet it’s impossible to fully assess ARPA-E because the agency was first funded in 2009, according to NAS. That doesn’t leave enough time to fully conclude whether it is meeting the long-term goal of transforming the U.S. and global energy sector.

"Sufficient time has not passed for outcomes to have become evident," the report says.

What is clear is that the right "ingredients" are in place for that to happen, according to report co-author Louis Schick, founding partner and chief technology officer of NewWorld Capital Group. Other co-authors include university professors, national lab scientists and business leaders.

"We can evaluate whether there is a team with the right resources and skills … that are executing," Schick said.

The report finds, for instance, that ARPA-E’s program directors are empowered to take risks, and are evaluating projects through vigorous standards that reward the most promising ideas and monitor their progress closely, just as the agency was mandated to do.

As of October 2016, ARPA-E supported 500 projects, with a quarter obtaining follow-up private funding. About 13 percent received patents, and half published results in peer-reviewed journals. Products supported by the program include Makani’s energy kite, which harnesses wind at high altitudes and sends power down a tether. It got financial help from ARPA-E before being acquired by Google in 2013.

NAS also found some room for improvement. In particular, ARPA-E could do a better job at mentoring awardees wanting to bring technologies to market, according to Schick. The agency also could improve communication with the public, so ARPA-E’s activities and benefits are made clearer, he said.

"They should really work on that, including asking for help from people who do that professionally," Schick said.

The National Research Council recommended ARPA-E’s creation in 2005 in its "Rising Above the Gathering Storm" report. The idea was to create an energy version of the Defense Advanced Research Projects Agency — the military program that led to breakthroughs like global positioning systems and stealth aircraft. Congress first authorized ARPA-E during the George W. Bush administration.

Under the model, DOE funds potentially transformative projects for a short period of time — typically three years — and pulls the plug quickly if promising ideas don’t pan out. To ensure flexibility, ARPA-E has a separate funding structure and a director who reports directly to the Energy secretary.

In its fiscal 2018 budget request, the Trump administration called for eliminating ARPA-E entirely. It proposed that $20 million remain available to close out the agency and comply with administrative expenses. ARPA-E currently is funded at about $300 million a year.

"There has been concern about the potential for ARPA-E’s efforts to overlap with Research & Development (R&D) being carried out, or which should be carried out, by the private sector," the Trump administration said in its budget documents.

Conservatives who back Trump’s position say the new report doesn’t change their conviction that new technologies can emerge without the help of taxpayers.

"Incremental or even long-term success doesn’t validate the legitimacy of the program. There’s a $6 trillion market out there to light our homes and fuel our vehicles. That’s not a valley of death; it’s an ocean of wealth for investors to dive into," said Nicolas Loris, a fellow in energy and environmental policy at the Heritage Foundation.

But many business leaders and members of Congress disagree, including Republican appropriators like Sens. Lisa Murkowski of Alaska and Lamar Alexander of Tennessee, chairman of the Senate Appropriations subcommittee with jurisdiction over the Department of Energy.

Last week, the U.S. Chamber of Commerce and business executives sent a letter to Congress urging support for ARPA-E, touting the agency’s track record and concerns about the United States lagging behind other countries (Greenwire, June 8).

"More than 20 percent of ARPA-E projects lead to the formation of private energy technology companies, a remarkable track record given the high-risk, high-reward nature of its funding approach," said Brad Townsend, staff director of the American Energy Innovation Council. "The competitive, benchmark-driven approach also encourages entrepreneurs to think through commercial considerations early enough in the process that they can avoid costly dead ends."