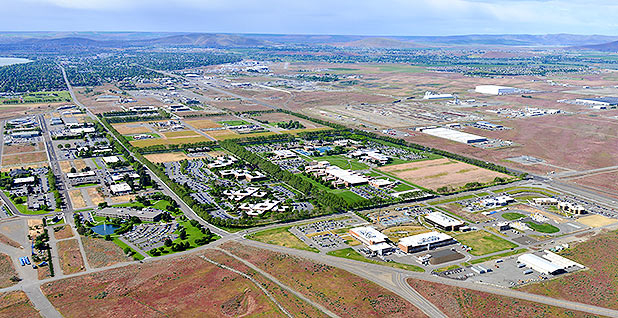 The Pacific Northwest National Laboratory has developed a new blueprint for slashing emissions and energy use without much effort or cost.

The lab report outlines efficiency tools such as better use of automated controls for lighting and air conditioners and repairs of broken equipment. As simple as it sounds, the plan could cut commercial building energy use 29 percent from current levels and reduce national energy use by 4 to 5 percent, largely by tinkering with controls already present in most buildings, according to the lab.

The report, released this month, is the first detailed national analysis of using a range of efficiency measures to fix "building operational problems," the lab said.

The challenge with many commercial buildings today is that existing equipment that runs buildings, such as sensors that turn lights on or off, are often not programmed to optimize energy use, or are not maintained properly.

"Like driving a car despite a glowing check-engine light, large buildings often chug along without maintenance," the lab said in a statement.

The report outlines 34 specific measures to reach the 29 percent cut. For example, optimizing the start and stop times for air conditioners and heaters would lead to significant reductions in energy use, the lab said.

Srinivas Katipamula, report co-author and an engineer at PNNL, said "the cost to implement many of these measures is insignificant compared to the savings — mostly labor to implement proper controls."

Other measures call for dimming lights in a 15-foot zone near windows, ensuring that sensors turn lighting and other equipment off when a room is unused and "resetting" controls. For example, hot water temperatures could be reduced during periods of low heating demand.

The greatest potential energy savers were lowering daytime temperature set points for heating, increasing them for cooling and lowering nighttime heating, according to the researchers. Reducing the minimum rate for air to flow through a ventilation system also could lead to significant energy savings, they said.

Secondary schools, retail stores and auto dealerships have the most potential for cutting energy use, according to the report. Researchers relied both on visits to more than 150 commercial buildings and simulations of energy savings from various building types, ranging from supermarkets to schools.

All the recommendations can and should be automated, and not rely on workers adjusting things daily, said Katipamula. "Counting on humans is not sustainable," he said.

In many cases, it’s a matter of educating building maintenance workers to program things properly in the first place, or fixing broken sensors or equipment, the researchers said.

Laura Van Wie McGrory, vice president of strategic initiatives at the Alliance to Save Energy, said the study highlights what is recognized more and more throughout the buildings industry: that a systems approach to energy efficiency is increasingly necessary to achieve meaningful and cost-effective energy savings in the sector.

"While efficient equipment can result in significant energy savings at the component level, there is a need to look at complete systems — including equipment, controls, and means of interconnection within and outside the building — to truly optimize building efficiency," said McGrory.