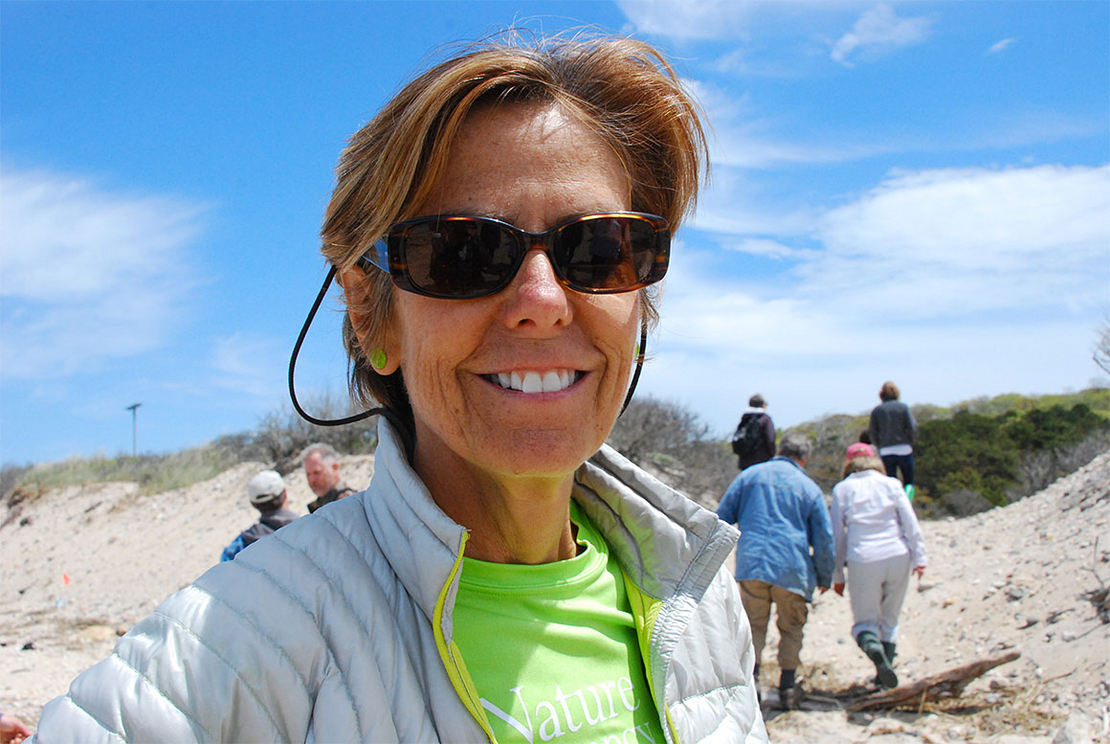 Nancy Kelley, a longtime leader at the Nature Conservancy in Long Island, N.Y., who helped the organization expand into marine restoration, died on Saturday. She was 65.

Kelley, who worked with the Nature Conservancy for nearly 22 years, led the South Fork-Shelter Island and Long Island chapters of the group. She was promoted to become the organization’s New York learning and development manager in late 2020.

"She was a great friend, a wonderful leader and a terrific colleague," Ulfelder told E&E News, noting that Kelley’s influence reverberated across the organization, and not only in her home state. "She was widely adored and loved and admired."

He later added: "Her calling was conservation and it was about leading us into new arenas, new areas of work, new ways of conservation that the times called for. Not everybody can lead and manage through those kinds of transitions, and she did that."

In particular, Ulfelder pointed to Kelley’s role in the organization’s acquisition of 11,500 acres of marine acreage in the Long Island Bay in the early 2000s (Greenwire, Oct. 22, 2002).

The conservation group bought marine bottom lands from Bluepoints Co., which had raised and harvested Blue Points oysters there.

The marine bottom lands acquisition would prompt another shift that Kelley would direct, when an effort to restore shellfish to the bay led to discoveries about water quality problems.

"We put millions of shellfish, mostly clams, into the water out there in an effort to restore the shellfish populations, and they never took hold, they kept dying," Ulfelder said. "Through scientific analysis it was realized it was a water quality problem."

That research prompted a public information campaign and ultimately led to policy changes for residential septic systems on Long Island, which had been leaking into the bays and estuaries for decades.

"The Nature Conservancy under Nancy’s leadership began to educate everybody and allocate resources," Ulfelder said.

Kelley discussed her work in a 2015 TEDx Talk at Hofstra University, telling the audience: "Nature needs to be recognized and valued as the most valuable player it is. But as a society we don’t do this terribly well. We can do better."

Ulfelder also pointed to Kelley’s work to conserve the 822-acre Plum Island, a one-time federal animal disease research facility in the Long Island Sound that had been slated for the auction block (Greenwire, Dec. 23, 2020).

"This was a culmination of a decade of work on her watch, and something I know she was immensely gratified by," Ulfelder said.

But Kelley’s work also extended beyond New York to the conservation group’s efforts to protect lands globally, in places like Belize.

"She had a wonderful way of connecting with people," Ulfelder said. "She really understood that people are part of nature and that our mission in conservation is as much about human well-being as it is the well-being of natural ecosystems, habitats, and the plants and animals around us."

During Kelley’s tenure, the conservation group was twice honored by EPA’s Region 2.

It awarded the Long Island and South Fork-Shelter Island chapters its annual "environmental quality award" in 2004 for their work protecting the Peconic Estuary.

The two chapters would merge in 2006, and the Long Island Chapter received another EPA award in 2017 for its work to address nitrogen pollution in ground and surface waters.

Kelley received a bachelor’s degree from Cornell University and a master’s from Harvard University’s Kennedy School of Government.

The Southampton Press reported that Kelley will be honored with a "celebration of life" later this year. Kelley’s family requested that donations be made to the Nature Conservancy’s Long Island Stewardship Fund in lieu of flowers.