Neb. decarbonization vote was years in the making 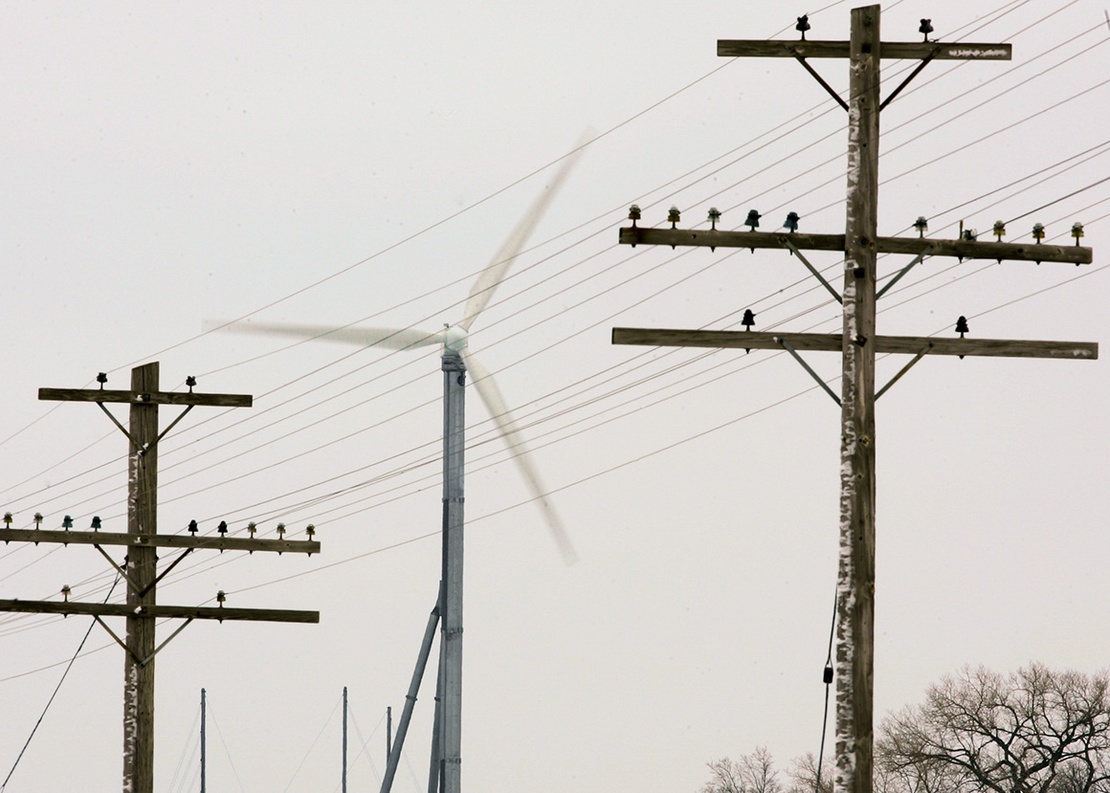 A wind turbine in Valley, Neb. The state has plentiful wind resources but lags other areas in renewable energy production. AP Photo/Nati Harnik

Nebraska has become the first Republican-dominated state to commit to a goal of net-zero electricity emissions by 2050.

The move stems from the Cornhusker State’s unique energy regime. Nearly the entire state is served by three public utilities, which are governed by board members who are popularly elected or appointed by local officials.

The board of the largest utility, the heavily rural Nebraska Public Power District, voted 9-2 yesterday to aim for net-zero emissions in their own generation. The other two utilities — the Omaha Public Power District and the Lincoln Electric System — made similar or more aggressive commitments last year.

Those goals must still be translated into concrete plans. But it nevertheless marks a triumph for local climate activists, who spent the Trump era focused on down-ballot races for utility directors or the officials who appoint them.

Nationally, it also gives environmentalists a data point to argue that clean energy can be a winning issue in rural, conservative areas. But the exact tactics and strategies might be hard to replicate in other states, where the public has less input into utility planning.

Since 2015, Nebraska Conservation Voters, the Sierra Club and their allies have poured unprecedented money and organizing energy into local elections for utility directors or the city officials who chose them.

“It was pretty clear that the reason we were not advancing on our clean energy potential was in large part due to the public power districts,” said Chelsea Johnson, deputy director of Nebraska Conservation Voters.

Historically, those elections have been sleepy races with incumbents running unopposed. So advocates started recruiting candidates and raising the profile of those races.

“Nebraskans already support clean energy,” Johnson said, explaining that more effort went into informing voters about the utility races than persuading them. It was a similar story when it came to recruiting candidates, boosting those already interested in running or supporting allied incumbents.

“You can have a really big impact running for these local offices. And that was more the work we did — providing voters with the option to support a candidate whose values more closely aligned with what they cared about,” Johnson said. “Because it wasn’t a secret that these candidates were supportive of clean energy.”

It wasn’t one-sided. Large electricity consumers like the ethanol industry also stepped up their involvement, concerned that decarbonization could increase their costs.

The 2020 election saw those utility races draw twice as much money as they did in 2018, according to an analysis by the Energy News Network. Compared to 2016, it was quadrupled.

Over six years, greens elected a critical mass of utility directors — including pro-climate Republicans. That seemed to validate years of polling by environmental groups and others that showed strong voter support in Nebraska for decarbonization, even in rural areas.

Meanwhile, the economic terrain was shifting in greens’ favor. As the cost of renewables has plunged, attention turned to the state’s untapped potential in wind. Last year, Nebraska generated 8.7 billion kilowatt/hours of wind energy, compared to 23.5 billion in Kansas and 34.1 billion in Iowa.

John Crabtree, Nebraska campaign representative for the Sierra Club’s Beyond Coal Campaign, said the state’s utilities have come to see the business case for decarbonization.

Both the political campaigns and economic conditions were necessary to bring Nebraska to this point, he said. One wouldn’t have worked without the other.

“Having people in the seats — both elected to the boards and sitting in the audience — who want to hear about what we can do about decarbonizing … they would constantly be battling uphill if the internal messages from staff, senior leadership, from industry were: ‘Don’t do anything, let’s burn rocks forever,’” Crabtree said.

The district’s goal calls for meeting its decarbonization targets through “proven, reliable generation until alternative, reliable sources of generation are developed … at costs that are equal to, or lower than” current ones.

The directive also directs utility management to report annually on its decarbonization progress, giving directors the chance to determine if reliability or affordability are slipping.

The Nebraska Public Power District has 1.6 gigawatts of coal generating capacity that, over the past decade, amounted to about 40 percent of the state’s coal emissions, according to EPA and U.S. Energy Information Administration data.

“I think that there’s something in there for everybody,” Wayne Williams, the owner of a solar business who was elected to the board last year, said of the decarbonization directive. “We’re not going to do anything to move toward any technology that [compromises] … the other objectives we’ve got, low cost and reliability.”

The club of states with a net-zero goal that also voted for President Trump is small, but Nebraska isn’t alone.

North Carolina earlier this year passed a law aiming for net zero by 2050. And Louisiana has convened a working group to outline strategies to reach net zero.

But both those states have Democratic governors driving the process, whereas Nebraska is unified under Republicans. Louisiana’s goal comes from an executive order, meaning it doesn’t have the force of law. And some advocates see Nebraska’s policy as more durable than North Carolina’s, because it comes from the utilities themselves.