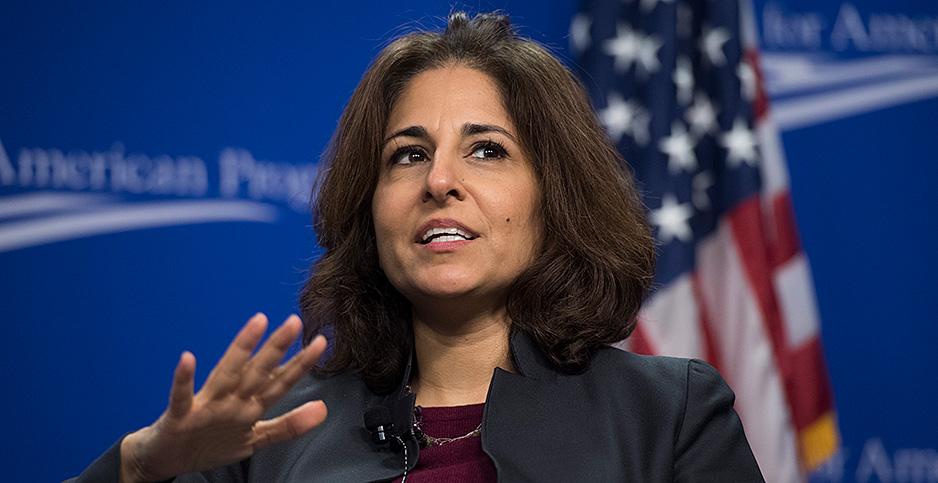 Neera Tanden’s prospects to lead the White House budget office have continued to diminish in recent days as more key senators say they will not back her.

Yesterday, Republican Sens. Rob Portman of Ohio, Susan Collins of Maine and Mitt Romney of Utah announced they would not support Tanden, who emerged as one of President Biden’s more controversial picks, for sour tweets and emails directed at GOP lawmakers and some progressives.

Portman, ranking member of the Homeland Security and Governmental Affairs Committee, told reporters yesterday afternoon he continues to have "concerns."

Shortly after, the senator issued a statement saying that early on he urged President Biden to reconsider Tanden’s nomination to lead the Office of Management and Budget.

"As a former OMB Director, I know that the OMB Director has to be able to work productively with members of Congress on both sides of the aisle," Portman said in a statement.

"I believe that the tone, the content, and the aggressive partisanship of some of Ms. Tanden’s public statements will make it more difficult for her to work effectively with both parties in this role," he said.

Tanden would have enough support if all Democrats agreed to vote for her. But Sen. Joe Manchin (D-W.Va.) said Friday he would oppose the nomination.

OMB oversees federal spending and activities across the government. The White House office also houses the Office of Information and Regulatory Affairs.

Tanden, a longtime progressive policy wonk who heads the Center for American Progress, came under fire during recent confirmation hearings for the online insults she hurled at Republicans and progressives associated with Sen. Bernie Sanders (I-Vt.).

As Budget Committee chairman, Sanders is a key lawmaker in weighing the nomination, but he has declined to say whether he will support Tanden, who has apologized.

Many Democrats have scoffed at Republicans complaining about mean tweets or a partisan pick for OMB, pointing at former President Trump’s record.

Sen. Jon Tester, a moderate Democrat from Montana, said he would vote for her, calling her "plenty well-qualified for the job."

The White House said yesterday it was standing by Tanden. Press secretary Jen Psaki said there was a path forward for confirming her (E&E News PM, Feb. 22).

Manchin said the White House understood his position. "They understand where I’m coming from," he said. "Hopefully, there might be some Republicans who will work with her. You know they have a chance to make it bipartisan hopefully. I was very clear where I was on it."

"I think she’s, I don’t know her, probably a very, very good person," Manchin said, but he added that the political landscape is "basically a little toxic right now."

Sen. John Cornyn (R-Texas), who was quick to slam Tanden’s nomination last year, said yesterday, "I mean she’s been a hyperpartisan. And I think at some point she’s just burned her bridges. So I’m sure she’ll have a great future doing something else but not as OMB director."

Sen. Lisa Murkowski (R-Alaska) said yesterday she was still weighing how to proceed. Murkowski, another moderate, could be Tanden’s last hope.