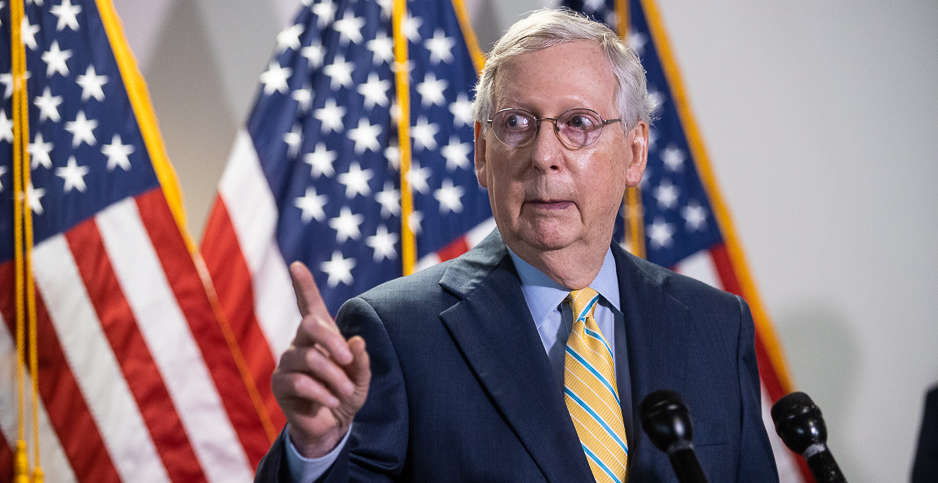 Congressional negotiations are expected to intensify this week over a new pandemic aid package that could see a bipartisan push to help some segments of the energy industry that have been hit hard by the COVID-19 virus.

Lawmakers from both parties are hoping to approve a deal before leaving for summer recess early next month, although so far their proposals have been far apart.

Democrats support the House-backed $3 trillion "Heroes Act," which would make heavy investments in state and local government and testing.

The GOP favors far less spending and has been focused on liability protections for businesses, hospitals and schools that open during the pandemic.

Senate Majority Leader Mitch McConnell (R-Ky.), speaking in Kentucky last week, said he expected to release his proposal this week, which reportedly would cost $1 trillion to $1.3 trillion and focus on schools, jobs and health care.

He warned that getting a final deal would face "dramatically more controversy and partisanship because of the proximity of the election" than the bipartisan Coronavirus Aid, Relief and Economic Security Act stimulus package enacted this spring.

Democratic leaders have largely scoffed at the Republican calls for less spending, predicting they will go higher.

Senate Minority Leader Chuck Schumer (D-N.Y.), who favors the "Heroes" bill, said he has "not heard a peep" from GOP Senate leaders and urged them to come to the table with Democrats.

With talks getting underway in earnest, advocates have been elevating their call for the inclusion of energy and environmental issues.

The Alliance to Save Energy, a nonpartisan group that promotes energy efficiency, outlined several priorities in a recent letter to congressional leaders, such as tax breaks and more spending on infrastructure.

"For perspective, the 360,000 energy efficiency job losses are nearly twice the entire coal industry workforce, roughly equivalent to the combined wind and solar workforces, and more than three times the number of oil and gas industry job losses as a result of COVID," the group wrote.

The Coalition for Clean Energy and Healthy Communities — a group of some of the nation’s largest environmental groups, including the League of Conservation Voters and Sierra Club — has called for more clean energy spending as part of a broad pandemic proposal.

Citizens for Responsible Energy Solutions (CRES) and the Conservative Energy Network will hold a series of online "fly-in" days. CRES holds the lobby day annually, but this one takes on more prominence amid relief talks.

"Conservatives recognize the value of clean energy to the economy, national security and public health, and as part of an all-of-the-above energy mix," CRES Executive Director Heather Reams said in a statement.

"They want their leaders in Congress to champion commonsense policies that will expand this burgeoning sector and reject massive government-managed programs supported by extreme environmental organizations."

The "Heroes Act" included some agriculture, biofuels and utility consumer aid (E&E Daily, May 13). And fiscal 2021 spending bills include billions in emergency spending, including for energy and the environment (E&E Daily, July 9).

But Republican leaders, including McConnell, have generally derided investments in clean energy as a version of the Green New Deal.

One idea floated this spring was trading off clean and renewable energy tax credits in exchange for allowing the Energy Department to top off the Strategic Petroleum Reserve, but House Democrats balked at any help for fossil fuels.

An area of bipartisan support could be the Paycheck Protection Program, a more than $500 billion federal program that makes favorable loans to businesses that agree to keep workers on their payrolls.

According to federal statistics, compiled through July 10, mining, oil and gas extractors have received about $4.5 billion in loans, while utilities have gotten about $1.5 billion.

Lawmakers, however, are likely to call for changes to PPP to ensure it targets truly needy businesses after reports have surfaced of aid being doled out to large and well-capitalized companies.

It’s not clear whether more money will be needed for PPP, as it still has around $130 billion in loan funds available through early August. Lawmakers extended the PPP earlier this month (E&E Daily, July 2).

Perhaps the largest unknown is what role the White House will play in shaping the deal. Treasury Secretary Steven Mnuchin will once again take a leading role in finding compromise.

Over the weekend, reports surfaced that President Trump would oppose any additional funding for COVID-19 testing, an issue that generally has had bipartisan support in Congress.

Also, Trump has said he may not sign an aid package unless it contains a payroll tax cut, an idea that has failed to get Hill traction.

"I’ll have to see, but yeah, I would consider not signing it if we don’t have a payroll tax cut," the president told Fox News in an interview that aired yesterday.