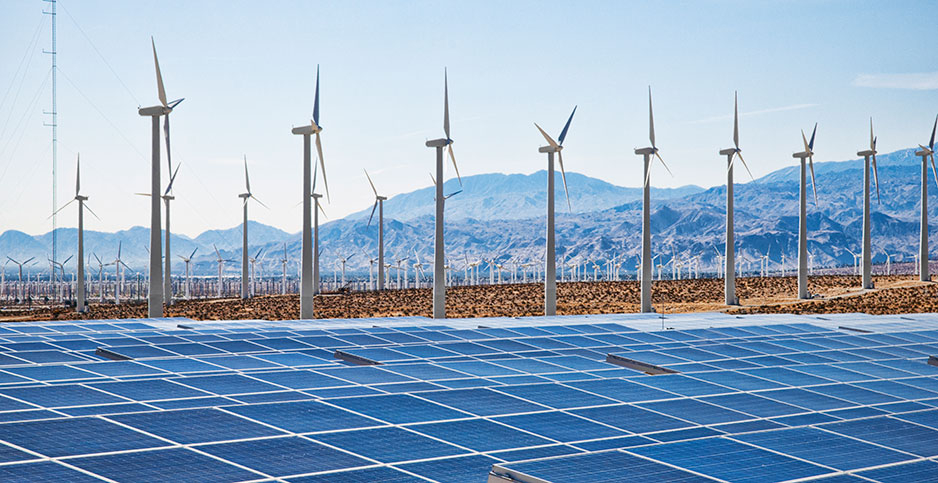 The night before the White House released its plan to change how the nation’s foundational environmental law is implemented, the wind energy association issued a statement applauding the effort. The solar industry stayed quiet.

Reaction from clean energy interests to the White House’s proposed rewrite of rules surrounding the National Environmental Policy Act was noticeably different from virtually everyone else in the environmental community.

Greens alleged President Trump was giving a favor to polluters and trying to kill the nation’s key tool to curb climate change. But the clean energy sector, so often associated with them, is either supportive or cautious.

Environmentalists and renewables are indeed largely allied on policy, particularly in an era of Trump’s rollbacks. Both hope to dramatically build out renewable power to replace oil, gas and coal.

"There are tensions at times — there always will be," said the Sierra Club’s New Jersey chapter president, Jeff Tittel.

"There will always be trade-offs," he said. "Whatever we do, there is going to be some kind of impact. Windmills are not going to cause cancer, but you have to make sure they are not in the migratory bird path."

To be sure, Tittel said, he thought undermining the NEPA rules stands to benefit the oil and gas industry more than renewables.

The law requires the government to consider a range of options for major projects like pipelines, highways and bridges, and allows individuals to challenge those projects.

The process, which critics call subjective, undeniably slows down the development of energy projects, including wind and solar.

The most salient example of environmental review slowing down wind was the now-dead Cape Wind, the proposed Nantucket Sound project that was delayed for 16 years in the face of legal challenges under NEPA and the Endangered Species Act.

And the proposed Vineyard Wind project off Boston has been on hold because Interior Secretary David Bernhardt has deemed the environmental review inadequate.

"It is time to update and modernize the permitting process, which would both strengthen our economy and enhance environmental stewardship," said AWEA Senior Vice President Amy Farrell, who served as the associate director for environment and regulation in George W. Bush’s White House.

The wind energy industry is inherently different from the solar sector, and a healthy competition exists between the two, Tittel noted. AWEA has more members that are large companies than the Solar Energy Industries Association.

SEIA, which declined to comment for this article, has a range of members from residential rooftop to utility scale.

"Contrary to critics’ beliefs, this is not a rollback," Hernick added. "To combat climate change, our country needs new clean energy generation infrastructure — offshore wind, hydropower, and large-scale solar and wind — plus transmission infrastructure and green and grey infrastructure to adapt to extreme weather and sea-level rise."

Weighing the pros and cons of the proposal’s impact on renewables might depend on who you are, explained Nathanael Greene, a renewable policy analyst at the Natural Resources Defense Council.

"I think it’s important to distinguish between a developer who is working on a specific project — less regulation would be better for me right now — versus folks who deal with siting and permitting regularly and recognize that the speed of deployment is one of the advantages that wind and solar have," Greene said.

In general, he said, renewable developers tend to move through the permitting process much faster than "dirty technology."

"Wind and solar have had record years over the past few years. Clearly it works. The NEPA pieces work, and we are getting a lot built," Greene added.

He claimed the oil industry is framing the NEPA rule rewrite as leveling the playing field for everyone, but, in fact, it could help them.

In 2012, President Obama issued an executive order to reform the federal permitting process "that was really intended to reduce the time to make NEPA decisions," said Sasha Mackler, an energy expert with the Bipartisan Policy Center.

Mackler argued that big-picture permitting reform was generally needed to build out a low-carbon energy system. But "absent an overarching climate policy, this comes across as a weakening of environmental policy," he said.

"I think there is anxiety associated with the underlying proposal that just came out," Mackler said. "Is it really meant to weaken environmental standards? We’ve been trying to take the bigger-picture view."

For environmentalists, much of that anxiety surrounds what they see as Trump’s aim of preventing federal agencies from considering the larger, global problem of climate change when approving a particular oil pipeline.

Trump’s NEPA proposal — if finalized — could eliminate concerns of climate change because it axes references to "cumulative" or "indirect" impacts (Greenwire, Jan. 9).

Instead it says impacts must be "reasonably foreseeable" and require a "reasonably close causal relationship" to the proposed action.

D.J. Gribbin, Trump’s former infrastructure czar, said Trump’s plan could take into account climate. He suggested there could be a "reasonably close causal relationship" between a large pipeline and climate change. Gribbin said he is surprised environmentalists don’t see that.