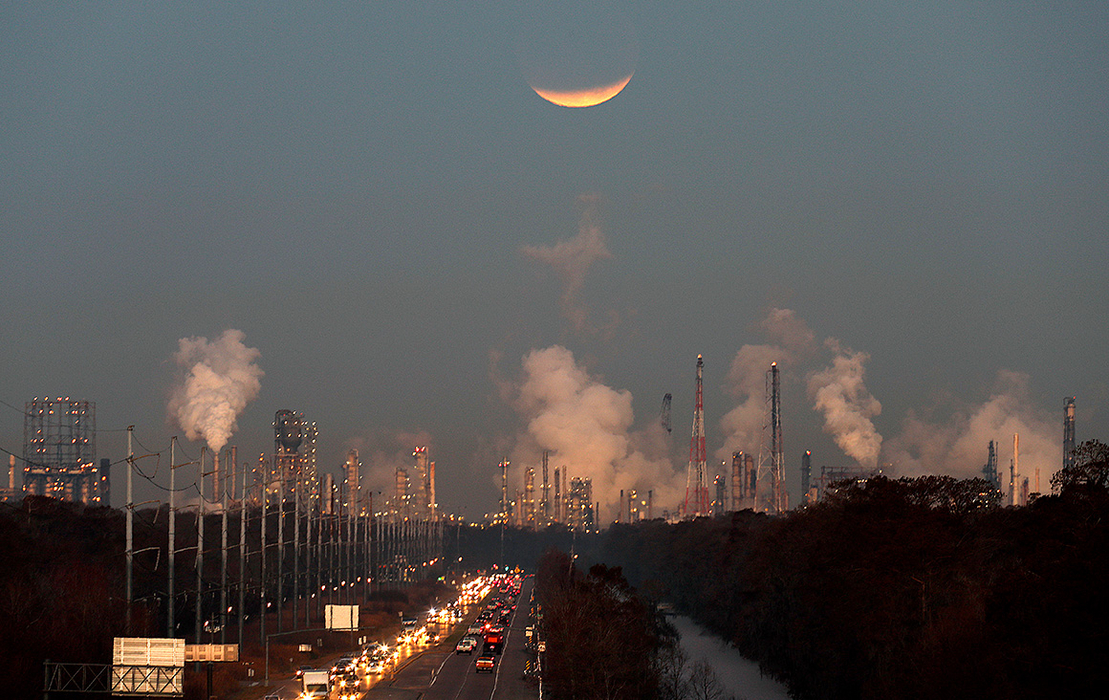 Environmental groups vowed to proceed with legal challenges to Trump-era rules for implementing the National Environmental Policy Act — even as the Biden administration unveiled new regulations.

The White House Council on Environmental Quality announced yesterday that it had finalized the first of two phases of rulemaking on how federal agencies should comply with the landmark environmental law, which requires a “hard look” at the impact of major projects like highways, pipelines and oil and gas leases.

The Biden administration’s first rule undoes some of the key changes put in place in 2020 under former President Donald Trump, allowing federal agencies to more broadly consider the climate risks of embarking on major federal projects.

While opponents of the Trump administration’s changes say the Biden administration’s move is a positive step, those groups said they still plan to pursue pending legal challenges in federal court to restore the original decades-old NEPA rules.

“The Biden administration has never said that it’s going to completely restore the 1978 regulations,” said Kym Hunter, a senior attorney at the Southern Environmental Law Center, which is challenging the Trump rule in the 4th U.S. Circuit Court of Appeals.

“If they did so in a Phase 2 rule, that would be great, but until we see that, we’re going to still push this way,” Hunter said.

Environmental groups had filed numerous challenges in courts across the country in 2020 in response to the Trump administration’s first-ever overhaul of NEPA rules, which the government said at the time would help streamline the federal permitting process.

Opponents warned that the rules would undermine agencies’ environmental analyses.

Under President Joe Biden, CEQ has called for court challenges to the Trump rules to be dismissed, citing the new administration’s intention to replace the standards. In a Feb. 18 brief in the 4th Circuit, the agency said the 2020 rules never took effect, and that environmental groups therefore could not challenge the standards.

“If Plaintiffs someday encounter a situation where the 2020 Rule imminently harms their concrete interests, they can file a lawsuit at that time against that application of the 2020 Rule. But that situation has not occurred,” CEQ wrote in the court filing.

The agency has not indicated to the courts whether it will seek to freeze the cases again after finalizing the first phase of its revisions.

“I suspect that the Justice Department will like to see them stayed,” said Andrew Emrich, a partner at the firm Holland & Hart LLP and former counsel in DOJ’s Environment and Natural Resources Division under former President George W. Bush.

He noted that keeping regulatory cases on ice is standard practice as a new administration seeks to change course from its predecessor.

“My experience is that most courts are reluctant to wade into that sort of litigation unless you have a project being finalized under the contested portion of the 2020 regulations,” he said.

But the NEPA rule challenges could be revived if the environmental groups did identify specific projects using the Trump-era regulations, he added.

That could mean a long delay for pending litigation.

In a press release yesterday, CEQ said it plans to propose Phase 2 of the NEPA rulemaking in the coming months to “provide further improvements to the efficiency and effectiveness of environmental review processes and reflect the Administration’s commitment to achieving environmental justice and confronting climate change.”

Since Phase 2 hasn’t even been proposed yet, a final rule is still likely a year and a half away, said Hunter of the Southern Environmental Law Center.

“One lesson of all of this is that it’s easy to break things. It’s more difficult to put them back together,” said Jan Hasselman, a senior attorney at Earthjustice, which is involved in a lawsuit against the Trump regulations in federal court in Northern California. “The pace is truly slower than we would have liked, and there’s a lot more to be done, but this is a great first step.”

He said the Biden administration’s changes fix some of the major problems with the Trump overhaul, but he added that there are many more issues with the 2020 rules “that by themselves aren’t huge, but collectively weaken the whole spirit and application of NEPA.”

Hasselman said Earthjustice will continue to tell the Biden administration that revising the rule is “urgent and important,” but he added that few agencies are using the 2020 rules.

NEPA rules undergird many environmental regulations and have played a leading role in climate litigation, a burgeoning legal field in which individuals and local governments have gone to court to push for stronger action against planet-warming emissions.

Most climate litigation in the United States involves NEPA, said Michael Gerrard, director of the Sabin Center for Climate Change Law at Columbia Law School, during a seminar yesterday.

He said most climate lawsuits are cases that “allege that the environmental review of a particular project or action did not adequately consider climate change.”

Legal experts anticipate that the Biden administration’s next phase of NEPA rulemaking will focus more on improving climate analysis.

“These are the easier changes,” he said. The administration “felt it had fairly solid footing.”

Emrich noted that one reason CEQ said it was putting out the Phase 1 rule was to help expedite projects, as agencies had been unclear on how to proceed with the Trump rules still on the books.

Since CEQ is reverting to prior definitions of terms, those changes are likely to take effect immediately, Emrich said. He added that the practical impact on projects may be limited, since agencies were probably anticipating a return to the prior definitions, and the Biden administration had told agencies to delay drafting their own implementing rules for the Trump-era standards.

“The ones that came out today, they are ready to go. They are consistent with what agencies have in their existing regulations,” Emrich said.

Susan Jane Brown, wildlands program director at the Western Environmental Law Center, which filed one of the five lawsuits challenging the Trump rule, also welcomed the Biden administration’s revisions as a “good first step.” But she said the center would continue to pursue its case in the U.S. District Court for the Northern District of California if the entire rule is not restored.

“We challenged much more than just the changes that CEQ is restoring today,” Brown said. “There’s a lot left that is still wrong with the regulations that still need to be addressed.”

If CEQ addresses the additional concerns, she said, “then that’s good news. But if they don’t address those issues, then my guess is that we would move to lift the stay and move forward with our challenge.”

“These are important aspects of the rule, but they are by no means all of the aspects of the rule that we would like to see restored,” Brown said, adding that the Western Environmental Law Center hopes CEQ will be able to “expeditiously” move through the second phase “and restore regulatory certainty.”

She said the center hopes the administration will not only fully restore the 1978 regulation, but go further to address environmental justice and tribal considerations, which she said were not adequately addressed in the original rules.

There have been “significant issues” with the way agencies have construed the now-restored regulations in Phase 1, said Jennifer Danis, a senior fellow at the Sabin Center for Climate Change Law.

“CEQ potentially missed an opportunity to clarify and guide those agencies towards a more robust analysis,” she said in an email.

Hunter of the Southern Environmental Law Center said there’s another reason groups might want a court to rule on the legality of the Trump-era standards: If the Biden administration’s rules are overturned in court, then CEQ would default to the Trump regulation.

She added: “So it’s really important that the 1978 regulations get restored as a baseline.”

Supporters of the Trump-era NEPA rule changes were quick to warn of risks of the Biden administration’s rulemaking, though they did not say whether they were considering suing the federal government for changing course.

The focus for the future is to make sure that the Phase 2 regulation is consistent and concise and “returns to the original intent of NEPA,” said Kaitlynn Glover, executive director of natural resources at the National Cattlemen’s Beef Association.

“I do expect that there will be challenges for any new proposal the administration moves forward,” Glover said. “Our priority continues to be, as we’re working through this regulatory process, that the priorities of cattle producers nationwide are reflected in that regulatory process.”

She described the original NEPA regulations as a tool that hadn’t worked well for ranchers seeking to renew federal grazing permits or implementing conservation programs.

Those practical applications “are going to be hampered by the regulatory move today,” she said.

The American Petroleum Institute, which backed the Trump rollback, panned the Biden’s administration’s reversal, saying it would “dramatically” slow the permitting process for energy infrastructure.

“With energy costs high for American consumers and European allies looking to the U.S. for access to an affordable and stable energy supply, we need policies in place that provide certainty and ensure American producers can meet rising demand at home and abroad,” Frank Macchiarola, API’s senior vice president of policy, economics and regulatory affairs, said in a statement.

He added that the rewrite “adds more bureaucratic red tape into the permitting process, not only for natural gas and oil but for hydrogen, [carbon capture, utilization and storage], wind and solar.”

The U.S. Chamber of Commerce urged the White House to reconsider, charging that the changes would “smother recent progress” that has been made to speed up permitting.

“It should never take longer to get federal approval for an infrastructure project than it takes to build the project, but that very well may be the result of the administration’s changes that revert back to the broken 1978 NEPA review process,” said Marty Durbin, head of the Chamber’s Global Energy Institute.

In a statement, Durbin called an efficient permitting process “critical” for building infrastructure, including new roads and renewable transmission.

“The ironic thing is that the Biden administration is saying that we need to deploy clean energy technologies faster, but this is only going to slow down progress,” said Drew Bond, founder of the group and a former adviser for former President George W. Bush at the Department of Energy. “This is a win for environmental extremists, not the climate. If anything, the White House should do a review of how NEPA is hurting the climate.”