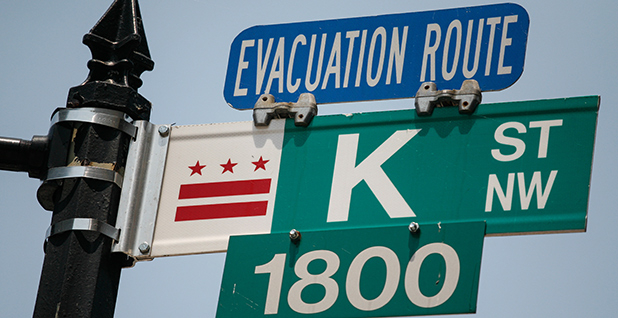 The power shift is not only happening on Capitol Hill, but also K Street, an area home to many of Washington, D.C.’s advocacy shops.

With Democrats in control of the House and a new crop of committee leaders, lobbyists long tied to the party’s lawmakers will take on greater influence as the new majority pushes forward on investigations of the Trump administration as well as legislation dealing with climate change and renewable energy.

Former leadership aides, like Nadeam Elshami, who served as Speaker Nancy Pelosi’s (D-Calif.) chief of staff and is now at Brownstein Hyatt Farber Schreck, and Steve Elmendorf, once chief of staff to House Democratic leader Dick Gephardt of Missouri and now at Subject Matter, remain in the loop.

So do former lawmakers who served with today’s Democratic leaders in the House, like former Rep. Vic Fazio (D-Calif.) at Akin Gump Strauss Hauer & Feld LLP.

Rep. Frank Pallone will be at the center of energy and environmental policymaking for House Democrats. As chairman of the House and Energy Commerce Committee, the longtime New Jersey Democrat has announced the panel’s first hearing will center on climate change.

"Energy and Commerce has an incredibly vast jurisdiction," said a Democratic lobbyist. Pallone is "an experienced legislator and messenger. Even though being in the minority on that committee is important, he’s now going to set the agenda legislatively and for oversight."

Rep. Raúl Grijalva (D-Ariz.) will provide a key check on the Department of the Interior. As chairman of the House Natural Resources Committee, Grijalva plans to pursue testimony from former Interior Secretary Ryan Zinke over his ethics troubles as well as investigate the Trump administration’s mining and drilling policies.

Several lobbyists said that Brathwaite was also close to Rep. Elijah Cummings (D-Md.), the chairman of the House Oversight and Government Reform Committee. Cummings’ panel will be the Democrats’ tip of the spear as they investigate Trump officials and policies.

In addition, lobbyists said Jon Alexander, who served as Cummings’ legislative director and is now at Monument Strategies LLC, is close to the chairman, as is Marcus Mason with the Madison Group. Others said they considered Mike Williams with the Williams Group close to Cummings too.

It’s not a time ripe for dealmaking between parties as a partial government shutdown has lingered for weeks over President Trump’s desire for border wall funding.

"You are going to have to explain to the outside world that this is a new reality," the lobbyist said. "People [clients] are starting to think things through now, but it’s hitting them like a ton of bricks."

"In the House minority, the Natural Resources and the Science committees are basically lower priority. If you asked the Democratic staff, most trade association lobbyists and most corporate lobbyists don’t have relationships with them yet," said a lobbyist. "Until the Democrats got in the majority, they were not a priority."