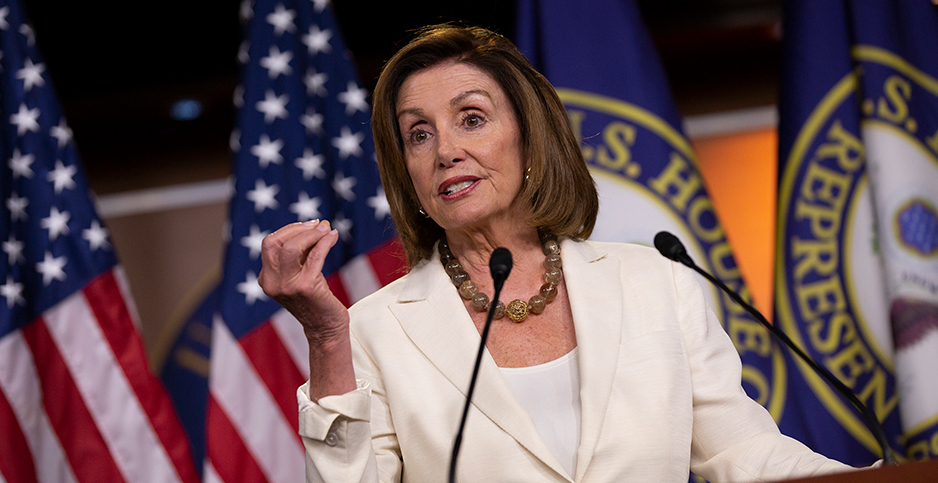 Negotiations are expected to intensify this week between Capitol Hill and the administration over a broad budget deal that could set future agency spending levels and raise the nation’s debt ceiling.

Lawmakers for months have been trying to hammer out a fiscal accord that would allow them to negotiate fiscal 2020 spending bills. But those efforts will take on more urgency with the administration now saying it also needs to raise the nation’s debt limit before August recess, a move many in Congress want as part of a budget deal.

"Based on updated projections there is a scenario where we run out of cash in early September, before Congress reconvenes," Treasury Secretary Steven Mnuchin wrote to top congressional leaders Friday. "As such I request that Congress raise the debt ceiling before Congress leaves for the summer recess."

Previous projections had shown the debt increase could wait until the fall, but lagging tax revenue will require one sooner.

The House is currently due to leave for recess at the end of next week on July 26, while the Senate will leave a week later on Aug. 2. Neither chamber is slated to return until Sept. 8.

There’s widespread support in both parties for avoiding a unprecedented default on debt, a move that many economists worry would trigger a global economic recession.

Speaker Nancy Pelosi (D-Calif.) spoke with Mnuhcin about the debt ceiling multiple times in recent days including over the weekend, signaling she wants it raised before recess, but also linked it to broader legislation that would increase defense and non-defense spending equally.

"We all agree on the need to address the debt limit, but we also must reach an agreement on spending priorities based upon the principle of parity as soon as possible," Pelosi said in a letter to Mnuchin Saturday.

Senate Majority Leader Mitch McConnell (R-Ky.) also said last week there would not be a default and the debt ceiling would be raised on a bipartisan basis. But he and other Republicans have not yet committed to tying it to the spending cap increase.

Democratic and Republican leaders have had on-and-off talks for weeks about a spending agreement that would end the final two years of automatic budget cuts, known as sequester, in fiscal 2020 and 2021.

While they support raising the sequester, they remain apart on how any increases should be split among defense and non-defense programs, and if the deal should last one or two years.

Democrats generally are pressing for more increases for domestic agencies and a more modest raise for the Pentagon over two years, while Republicans largely prefer the opposite for only a year.

The White House has taken a hard line, suggesting ending the sequester and freezing spending at current levels over the next year, a move that has minimal support on Capitol Hill.

Lawmakers from both parties said negotiations will need to reach a breakthrough this week if they are to move a caps deal as part of the debt ceiling before the House leaves. Both sides also say if those talks falter, Congress could simply move a stand-alone debt bill before recess.

The standoff has left House and Senate appropriators unable to negotiate the fiscal 2020 spending bills. The House has deemed its own spending levels for next year and passed 10 of the 12 annual funding bills, while the Senate said it wants to wait for an overall agreement before marking up its fiscal 2020 bills.

Senate Appropriations Chairman Richard Shelby (R-Ala.) acknowledged for the first time last week there’s a growing likelihood Congress will not pass all 12 spending bills by the new fiscal year on Oct. 1 and will need to pass a short-term spending measure, known as a continuing resolution, to keep agencies from having to shut down.

"I think we are headed for some short CRs if there is not a breakthrough," said Shelby, who said he’s worried there is not yet "urgency" on Capitol Hill about addressing either the debt ceiling or budget caps before the fall.

Shelby said if Congress reaches a caps deal, his committee could "move fast" to approve many of its fiscal 2020 spending bills before Oct. 1.