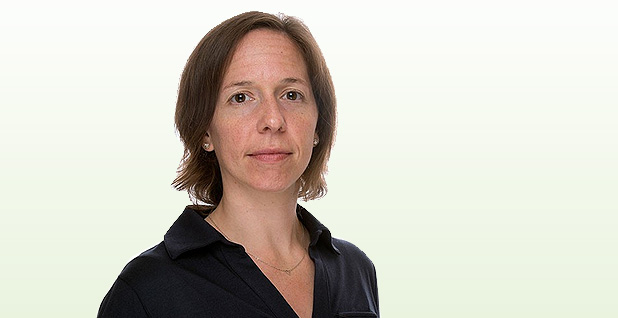 Jill Tauber is vice president of litigation for climate and energy at Earthjustice. Earthjustice

"It was a really impactful experience to see who was bearing the brunt of that devastation," she said, recalling her past work at the Advancement Project. "It became clear to me that protecting people and protecting our planet is a justice issue. It really was a significant experience for me in my career."

Tauber is now the vice president of litigation for climate and energy at Earthjustice, the powerful nonprofit law firm that advocates for environmental protection across the country. She previously led the organization’s Clean Energy Program and was promoted to the new role this spring — a move that was formally announced this week.

The Queens native has a broad portfolio, overseeing the group’s climate and energy litigation at the federal and state levels and abroad. Earthjustice has more than 300 staffers — almost half attorneys — fighting the federal government in court, defending environmental policies, and pushing state and federal lawmakers to do more.

Tauber is filling the role left by Abigail Dillen, who became Earthjustice’s president last year. She takes on the new role at a time of unprecedented conflict with the executive branch, as green groups challenge nonstop efforts by the Trump administration to loosen environmental regulations and prioritize development.

Earthjustice has been successful on many fronts, blocking regulatory rollbacks from the Interior Department, EPA and other agencies. But many of the biggest battles are still to come.

"There is a lot on the horizon," Tauber told E&E News. "This administration is keeping us busy. We’re very busy defending bedrock environmental laws, work that we were hoping we would not have to do. The good news there is that we’re winning."

Tauber joined Earthjustice in 2013 after a stint at the Southern Environmental Law Center. She said she’s focused on helping environmental advocacy grow into new or overlooked areas.

Upcoming issues on her radar include the rapid build-out of the petrochemical industry in largely low-income areas of the Gulf of Mexico region and Appalachia.

"Our future will be powered by clean energy. We’ll keep working alongside our partners to ensure that everyone, regardless of race or socioeconomic status, gets to enjoy the benefits of clean energy," Smaczniak said in a statement.