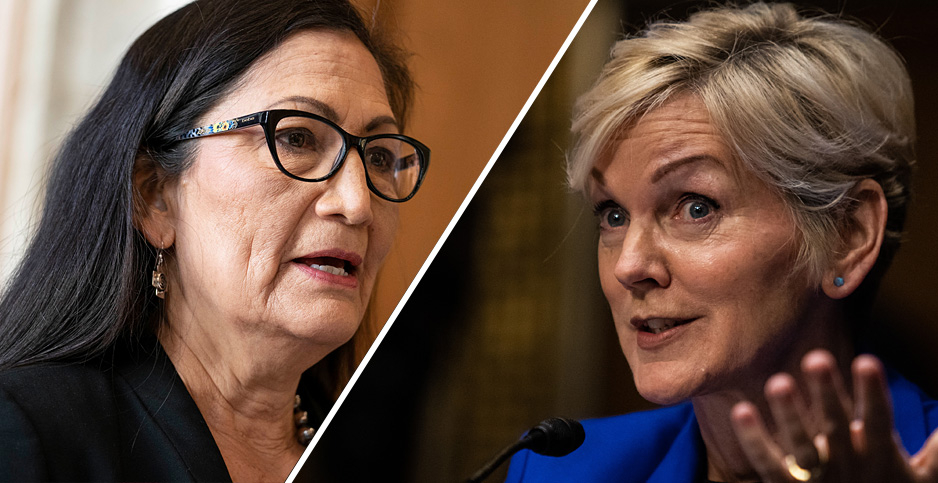 A new watchdog group hopes to expose corruption in the Biden administration, with a focus so far on the Energy and Interior departments.

Michael Chamberlain, the group’s director, declined to say who is funding or otherwise supporting it, but insisted that the organization is nonpartisan.

Chamberlain was formerly a communications official at the Department of Education under Secretary Betsy DeVos and led Nevada communications for President Trump’s 2016 campaign before that.

"It was started by a group of concerned citizens who are interested in ensuring clean government and looking out for corruption, misconduct and potential conflicts of interest among employees in the executive branch," said Chamberlain.

He did not say whether any other staff currently work for the organization but said the group could announce staff and board members in the "not-too-distant future."

Those include Citizens for Responsibility and Ethics in Washington and American Oversight on the liberal side and Cause of Action and Americans for Public Trust on the conservative side.

But Chamberlain resisted comparisons to partisan groups. "We have affiliated researchers and consultants and people helping us who have backgrounds across administrations," he said. "We’re targeting people in the executive branch. So that’s the Biden administration right now."

As a sign of the organization’s nonpartisanship, he pointed to Beaudreau, who is a Democrat but has gotten significant support from Republicans.

Chamberlain said his group picks its targets based not on any specific issue areas, but on where it sees potential issues. The departments of Labor and Health and Human Services are among potential future targets for scrutiny, he said.

Protect the Public’s Trust has filed numerous Freedom of Information Act requests and at least one formal complaint to an agency ethics office, claiming that Speakes-Backman, DOE’s top energy efficiency and renewable energy official, may be working to help the group she used to lead, the Energy Storage Association, or its members.

"Ms. Speakes-Backman’s public appearances suggest a pattern of advancing the interests of her former employers and potentially endorsing them," Chamberlain said in a letter this month, which included a FOIA request seeking various records relating to Speakes-Backman.

DOE declined to comment on the ethics complaint or other allegations from Protecting the Public’s Trust, as did Interior.

The group has hit Beaudreau over his previous work as an attorney representing oil, natural gas, wind and other companies with business before Interior. It dinged Haaland for correcting her financial disclosure statements from her time in Congress.

The group also criticized Haaland adviser Elizabeth Klein for her "enormous conflicts of interest" stemming from her previous role at the State Energy & Environmental Impact Center, which frequently helped state attorneys general with lawsuits against the Trump administration over Interior policies and is backed by Michael Bloomberg.

But it has put particular attention on Granholm for her investments in electric bus maker Proterra Inc., a company Biden recently highlighted with a virtual tour.

"There certainly is the appearance of some conflicts," Chamberlain said. "Her involvement with Proterra and not having divested of the stock — at least as recently as a couple of weeks ago, she announced that she held the stock option. They could potentially benefit from some initiatives."

In response to a question from Rep. Jeff Duncan (R-S.C.) in a hearing yesterday, Granholm reiterated that she’ll divest from the company within the time frame required under law — 180 days from when she was sworn in.

"I very much understand and agree with the importance of avoiding conflicts. I support that 1,000%," she said. "I’m in the process of fulfilling my obligation to divest."

She was granted a certificate of divesture earlier this month, an indication that she is preparing to offload the shares (Greenwire, May 11).