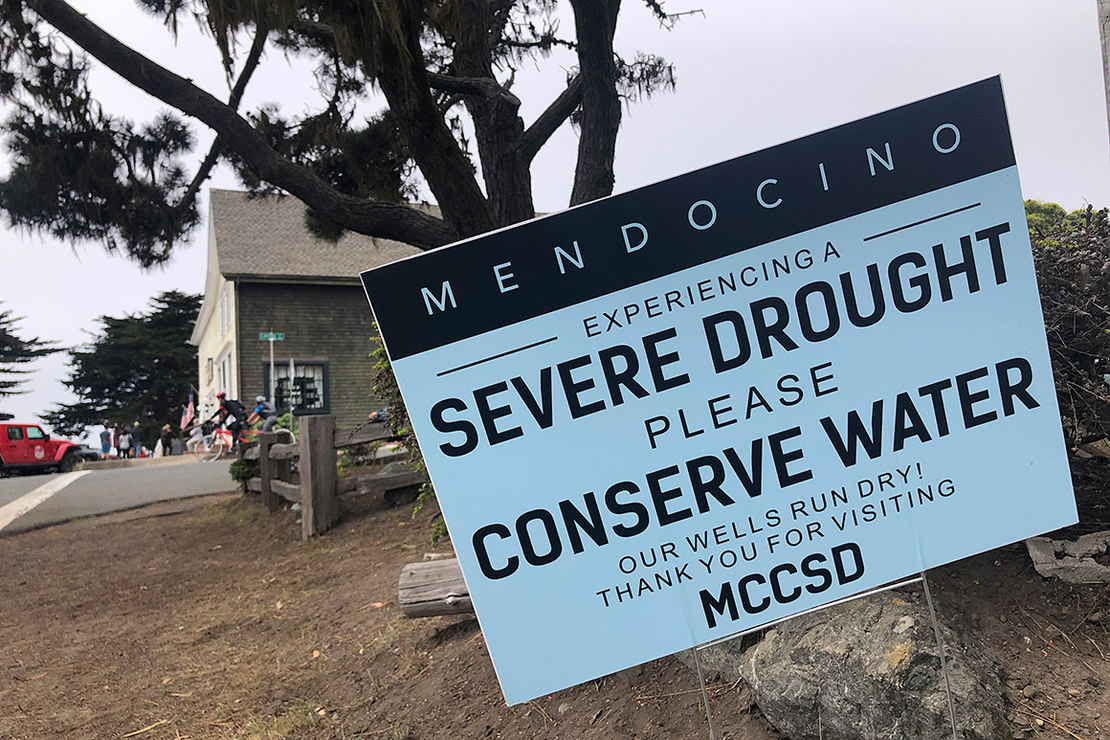 "As the western U.S. faces a potential third year of drought, it’s critical that Californians across the state redouble our efforts to save water in every way possible," the Democratic governor said in a statement.

Newsom’s proclamation comes as California has near record low water storage in its largest reservoirs and as residents largely failed to meet the governor’s previous call to conserve. In July, he asked Californians to cut their urban water use by 15 percent, but the state only reduced water consumption by 5 percent or less compared with 2020.

Newsom added eight counties not previously included in his drought emergency orders, including many of the state’s most populous, like Los Angeles, San Diego and San Francisco.

The proclamation also grants regulators like the State Water Resources Control Board the ability to ban wasteful practices such as using potable water to clean sidewalks and driveways.

"With historic investments and urgent action," Newsom said, "the state is moving to protect our communities, businesses and ecosystems from the immediate impacts of the drought emergency while building long-term water resilience to help the state meet the challenge of climate change impacts making droughts more common and more severe."

But the drought crisis in California and across the American West appears to be deepening. California’s water year ended Sept. 30, and the state recorded its second-driest since 1924. Virtually the entire West is facing severe to extreme drought conditions, according to the U.S. Drought Monitor.

It comes just a few years after California emerged from a multi-year drought in 2016, and as the Colorado River, which Southern California relies on for water, is enduring a more than 20-year "megadrought." The changes have led many climate scientists to suggest the region is experiencing "aridification" — a new, drier climate (Greenwire, Aug. 16).

"Extreme conditions that once were rare are occurring with increased frequency," the California Department of Water Resources said in a recent report. "California’s climate is transitioning to a warmer setting in which historical relationships among temperature, precipitation, and runoff are changing."

Federal forecasters have also recently warned that a La Niña weather pattern is materializing in the Pacific Ocean, which is associated with drier conditions in the Southwest, potentially further exacerbating water shortages.

That would follow an August that was the driest and hottest in California history. Newsom said the state is currently experiencing its worst drought since the late 1800s.

There may be some relief in the forecast, however. California is scheduled to receive its first major storms later this week, with a trio expected to dump several inches of precipitation on the northern and central parts of the state beginning later this week.

But even with the storm, some cautioned that more is needed in much of the state, particularly the Central Valley, California’s agricultural hub.

"One storm is great, but we’re going to need a couple to get us back to a robust and healthy storage condition," Erik Ekdahl, a deputy director of the State Water Resources Control Board, said at a board meeting yesterday.

The Metropolitan Water District of Southern California, which serves 19 million people and is the largest water wholesaler in the country, called for a unified response to Newsom’s announcement.

General Manager Adel Hagekhalil said the utility’s board will consider calling upon all of its member agencies — the region’s water retailers — to implement mandatory conservation.

"As California faces some of the driest conditions we’ve ever seen, we need a united, statewide response," he said. "All of our communities across the state must do what we can to conserve our limited water resources."

But some experts have warned that the urban conservation measures California undertook during the last drought from 2013-16 have largely stuck, so there are few opportunities or ways to cut more from cities’ water use. During that drought, per capita residential use dropped 21 percent, and since then, urban areas continue to use 16 percent less water than they did before the onset of the previous drought in 2013.