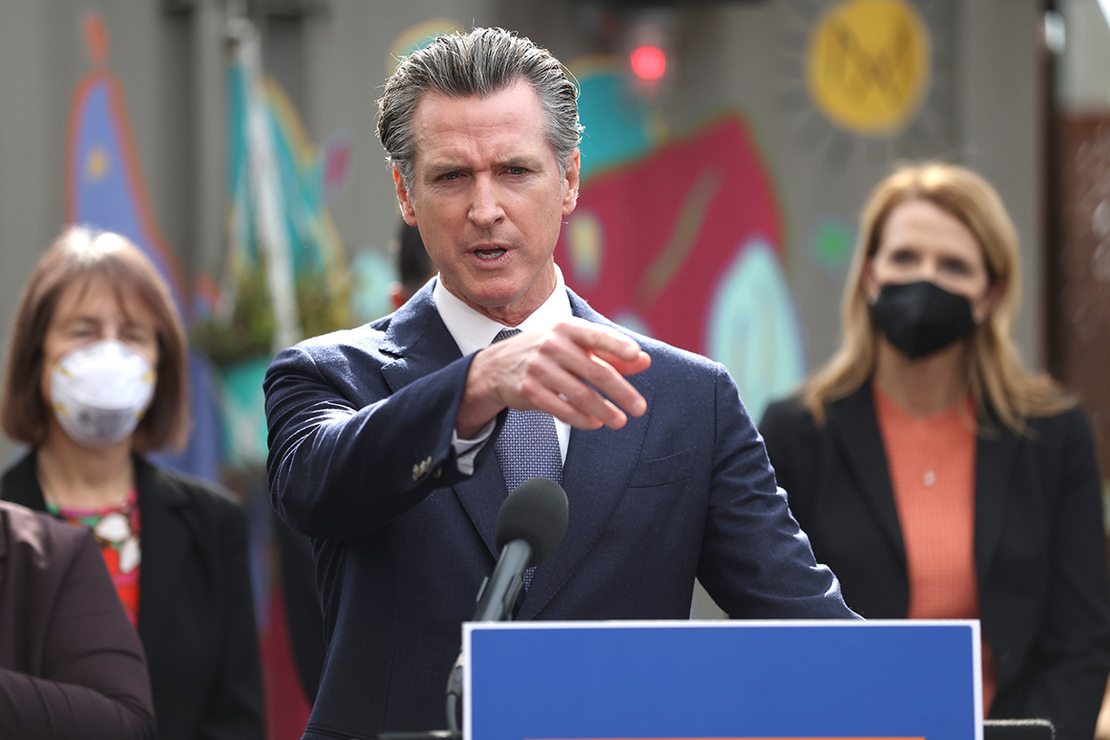 California Gov. Gavin Newsom (D) during a bill-signing ceremony in February. Newsom today released a plan to address water supplies in California, which has been gripped by a devastating drought. Justin Sullivan/Getty Images

“We have a renewed sense of urgency to address this issue head on,” Newsom said in remarks in Antioch, Calif., where he stood in front of a new desalination plant.

Seizing on predictions that the state could lose 10 percent of its water supply by 2040 — based on persistent drought that has gripped the West for more than 20 years and changing hydrology in the Golden State — Newsom unveiled a plan that also includes a proposal to build 4 million acre-feet of new storage and modernize existing water systems.

“We will be working hand in hand with the governor’s office and water agencies across the state, the southwest and Metropolitan’s service area to develop new supplies and infrastructure that will provide resilience to protect our health, economy and environment with no one left behind,” Hagekhalil said.

But environmental group Food and Water Watch criticized the plan, saying it fails to take the necessary steps of curbing water use by agriculture companies and gas power plants.

“Newsom’s drought plan to conserve water ironically does nothing to curtail the biggest water abusers who are also the biggest sources of greenhouse gas emissions fueling the crisis,” said Tomás Rebecchi, the California organizing manager with the group.

California is one of seven states that rely on the Colorado River Basin, which has shrunk dramatically in recent decades and forced federal officials to find ways to keep both Lake Powell and Lake Mead reservoirs filled and generating hydropower.

The Bureau of Reclamation is set to release its latest 24-month study on those basins on Tuesday.

Reclamation Commissioner Camille Touton announced in mid-June that the seven states must propose ways to save between 2 million and 4 million acre-feet of water in 2023 or face federal intervention (Greenwire, Aug. 11).