Next frontier in climate law: The global south 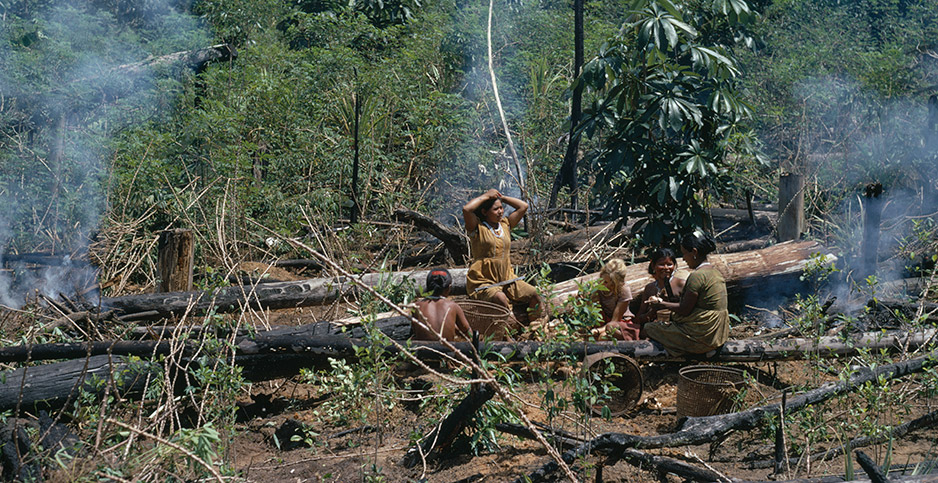 Youth activists in Colombia successfully sued their government over Amazon deforestation, one of several examples in which environmentalists in global south countries have fared better in court than their northern neighbors. Eye Ubiquitous/Newscom

As efforts to curb greenhouse gas emissions founder in the U.S. legal system, climate litigation is finding firm footing in courts outside North America and Europe.

Part of that success is rooted in global south nations’ experience with human rights claims, said Joana Setzer, a lawyer who leads the Grantham Research Institute’s study of climate litigation.

Climate litigation in the global south is not a monolith. Organizations and individuals are bringing a variety of claims before a vast network of courts in Latin America, Africa, the Pacific and Southeast Asia.

Human rights, say academics and climate lawyers, is a tie that binds these cases.

A Pakistani farmer successfully sued his government over its inaction on greenhouse gas emissions after courts ruled that climate change is a serious threat to fundamental rights to life protected under Pakistan’s constitution.

Though climate change is at the heart of many lawsuits filed in the global south, the phenomenon is not always front and center.

In 2018, a group of young people in Colombia sued their government over deforestation of the Amazon on claims that cutting trees and climate change threatened the challengers’ right to life.

Constitutional climate cases in the Northern Hemisphere, however, have seen mixed results. While Urgenda Foundation v. State of the Netherlands forced the Dutch government to implement new climate regulations, Juliana v. U.S., an attempt by young people in the United States to force the federal government to curb greenhouse gas emissions, failed on procedural grounds.

Courts in the global south, however, are generally more willing to push the boundaries of legality in favor of human rights-based arguments, said Juan Auz, an Ecuadorian lawyer and researcher at Germany’s Hertie School of Governance.

"In the global north, there’s a more technical sense of legality, which might send a sort of chilling effect towards those that would like to access the courts," he said. "It’s a very elite type of justice, which is not the case in the global south."

Setzer said that would-be challengers in these countries are catching on quick to what makes a successful climate case.

"It’s much easier to justify why you’re bringing a case, and there are a number of possibilities for individuals, organizations and prosecutors, for example, to bring [these] cases," Setzer said.

"The existing legislation is already all there," she said.

‘Cheese and the knife’

Courtrooms in the global south are more equipped to handle rights-based climate change litigation because they operate under constitutions that generally guarantee rights to a safe environment.

"You have — as we say in Brazil — the ‘cheese and the knife,’" Setzer said. "You have everything in place to bring the case."

U.S. litigants are more limited in terms of applicable law, she said, which is why legal challengers may approach climate claims in a roundabout way through fraud and securities lawsuits. But in global south nations with newer constitutions, environmental protections are explicitly included as protected rights, making it easier for challengers to successfully raise rights-based climate claims in front of a judge.

Some countries have even gone a step further by endowing rights to nature itself.

A constitutional court in Colombia granted protective rights for maintenance and conservation to the Atrato River in 2016. Nations like India and New Zealand conferred similar protections to the Ganges and Whanganui rivers.

Many global south countries claimed their independence later than northern nations and are therefore operating under newer constitutions, said Jolene Lin, a professor at the National University of Singapore.

There are more than 100 countries with environmental protections written into their constitutions, the Comparative Constitute Project’s online database shows. The list includes nations like Brazil, Colombia, Ecuador and India.

Brazil’s constitution, for instance, guarantees citizens the rights to "life, liberty, equality, security and property" and says the nation’s residents have standing to fight actions that harm the environment.

Legal challengers in the global south are simply asking courts to hold governments accountable for climate promises those nations have already made to their people, Lin said.