Next justice unlikely to make a difference in climate law 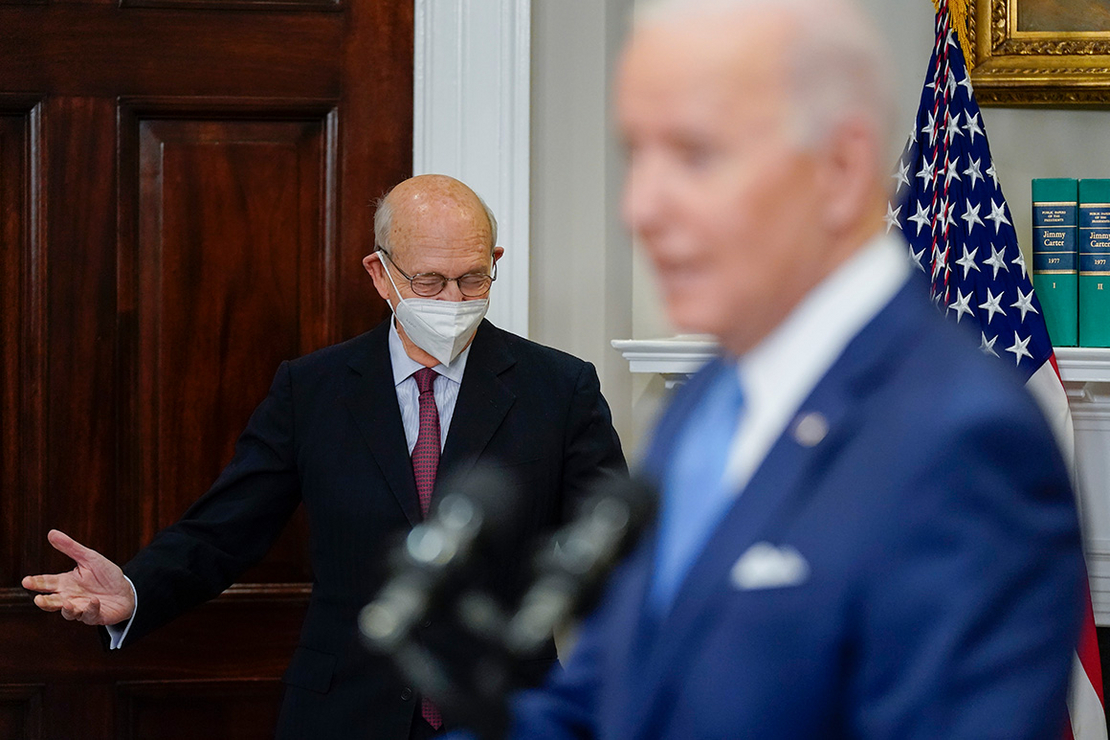 President Biden could nominate someone with the greenest of credentials to replace retiring Supreme Court Justice Stephen Breyer, but it’s unlikely to sway the current court’s conservative bent on climate issues.

With Biden promising yesterday that he’ll nominate the first Black woman to the court, environmental groups say they’re hoping that the judge will build on Breyer’s general inclination to support environmental regulation.

The court is poised next month to take up a significant challenge to EPA’s authority to regulate greenhouse gas emissions. And a raft of cases filed by state and local governments seeking damages from oil and gas companies for the ravages of climate change are expected to eventually be heard at the high court.

“While I’m very hopeful we will end up with a great new justice on the court, I’m less optimistic about the court’s rulings in the next few years, given that the 6-3 majority seems intractable,” said Meredith Hankins, an attorney at the Institute for Policy Integrity at New York University’s School of Law. “I think it’s hard to look at the decisions and opinions that have come out in the last few months and avoid what Justice [Sonia] Sotomayor called the ‘stench’ of politicization.“

Hankins pointed to the Supreme Court’s order earlier this month blocking Biden’s vaccine-or-test requirements for large employers during the coronavirus pandemic as a worrisome sign for environmental regulations (Greenwire, Jan. 14).

“Completely rejecting the idea … that these expert agencies should have the power to decide complicated questions — from an environmental/climate perspective — that’s incredibly depressing,” Hankins said. “The EPA is this expert agency that Congress has chosen to provide a lot of leeway to in issuing regulations, and if a judicial majority is going to refuse to recognize that expertise, there’s not much to be done at the margins.”

Many environmental cases involve administrative law, and the challenge for Breyer’s replacement will be that the conservative side of the court has considerable experience in that field, said Jonathan Adler, a Case Western Reserve University law professor.

“In that regard, it is not clear how much influence Breyer’s replacement can or will have on regulatory cases,” he said in an email.

Adler noted that the court is likely to tackle cases in coming years that concern the interaction of state and federal law, including questions about whether federal law prevents or displaces state common law.

“As a consequence, should Breyer’s replacement come to the court with significant state law experience, they might have more influence in those sorts of cases,” he said. “Beyond climate, state law experience might also be valuable and influential in other environmental areas in which state law can be particularly important, such as takings and other property rights cases.”

Environmental advocates say they recognize that the court would not lose its 6-3 conservative majority, but noted that the appointments are for a lifetime.

“And not everything the court does falls under predictable partisan lines,” said Doug Lindner, advocacy director for the League of Conservation Voters.

Lindner also noted the significance of having the first Black woman to sit on the bench.

“We need a judiciary that looks like America and represents its vital interests,” Lindner said. “The perspectives on the court are really important because there are so few people who get there and they serve for so long. So having diversity of experiences and perspectives is important.”

Biden has pledged to prioritize environmental justice, with communities of color often more severely affected by climate change. But environmental justice advocates and members of Congress have expressed concern that the administration is not moving fast enough (E&E Daily, Feb. 25, 2021).

Karen Sokol, a law professor at Loyola University New Orleans, said the new justice is “security for the long term” but that the six-member conservative majority will prevail for the foreseeable future.

“The immediate threat level hasn’t changed; it’s just in the future, we won’t have seven justices who are really willing to arrogate a tremendous amount of power to the judiciary to dictate what the policymaking branches can and cannot do,” she said.

Breyer prided himself on working with his colleagues, and Dan Farber, faculty director of the Center for Law, Energy & the Environment at the University of California, Berkeley, noted that a new justice could find “there may be some cases in which you can actually maybe help pull [Justice Brett] Kavanaugh and [Chief Justice John] Roberts over to the right outcome.”

Both justices have on occasion joined their more liberal colleagues in decisions.

“You want someone who can both work with other justices on the court — across the ideological divide — but it’s also going to be important to have someone who can write strong dissents and appeal to the public sense of what the court has done,” Farber said. “Those are two distinctly different skills — to reach across the aisle a little bit, but also voice what’s wrong with the court when necessary.”

He noted that the late Justice Antonin Scalia was renowned for his blistering dissents as a member of the conservative minority when the court still leaned liberal.

Hankins of the Institute for Policy Integrity noted that Scalia was able to reach consensus agreements with the late liberal Justice Ruth Bader Ginsburg.

“But we just don’t see consensus opinions anymore, and I’m not sure that’s going to change unless the dynamics of the court are entirely changed,” she said.