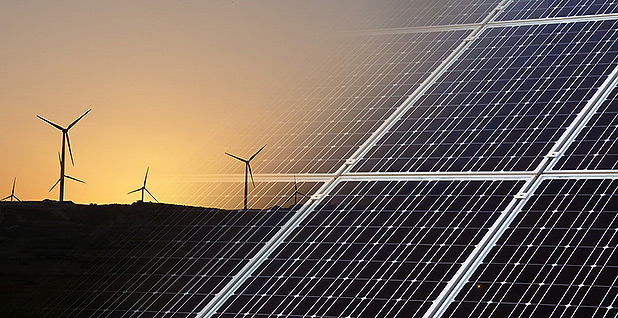 Florida-based utility giant NextEra Energy Inc. announced yesterday that it had a record 15,000 megawatts of renewable energy projects in line for development. Seagul/Pixabay

The world’s largest renewable energy developer says it has more projects in the works than it has connected to the grid — including plans for the biggest-ever stand-alone battery storage system.

South Florida-based NextEra has signed contracts for roughly 4,800 MW of renewable projects since the beginning of the year, including a record 2,200 MW in the past three months. This includes the newly announced 1,000 MW of solar and storage projects for NiSource Inc.’s Northern Indiana Public Service Co. and a 325-MW, four-hour battery storage system in California that NextEra says will be the largest of its kind in the world.

"Our customers’ demand for low-cost wind, solar and storage projects is stronger than ever," Kujawa said.

NextEra has capitalized on growing demand from states and utilities that have set carbon reduction or net-zero targets. The company frequently touts that the cost of renewable energy has fallen to the point that it is more economical than most traditional forms of generation.

What’s more, it has developed a battery storage system that pairs with wind and solar, removing the challenge of intermittency that comes with renewable energy. The company has dedicated $1 billion to invest in storage next year.

Some of those projects will be paired with existing solar and wind facilities, said John Ketchum, CEO of NextEra Energy Resources.

"Nobody has the existing fleet that we have," he said. "I think that puts us in a different class."

With the 2020 election less than two weeks away, analysts asked how the outcome of the highly contentious president’s race could affect NextEra’s business.

Kujawa said the company has been able to flourish regardless of the administration changes, which included a pro-clean energy president in Barack Obama followed by President Trump, a champion of coal who frequently rails against wind and solar.

Should Trump be reelected, NextEra would build on its momentum, she said. At the same time, she said the company knows Democratic presidential nominee Joe Biden’s support for renewables could bring an extension of tax incentives, along with a focus on storage and possibly hydrogen.

That would "further accelerate the expansion of renewables across the U.S. beyond the already strong demand that we’re seeing," Kujawa said.

NextEra announced a pipeline of 50 green hydrogen projects for the transportation and industrial sectors and hopes to add to that. The company considers hydrogen a long-term solution to decarbonization, particularly if Biden’s plan to hit that target by 2035 for electricity becomes a reality.

"Hydrogen could really be the solution for the last 10 to 15% where it gets very expensive to do with batteries, it’s more manageable to do with hydrogen," Ketchum said.

NextEra’s Florida Power & Light Co. is building a $65 million green hydrogen plant (Energywire, July 27). Green hydrogen is made from renewable electricity sources such as solar and wind power, rather than coal or methane.