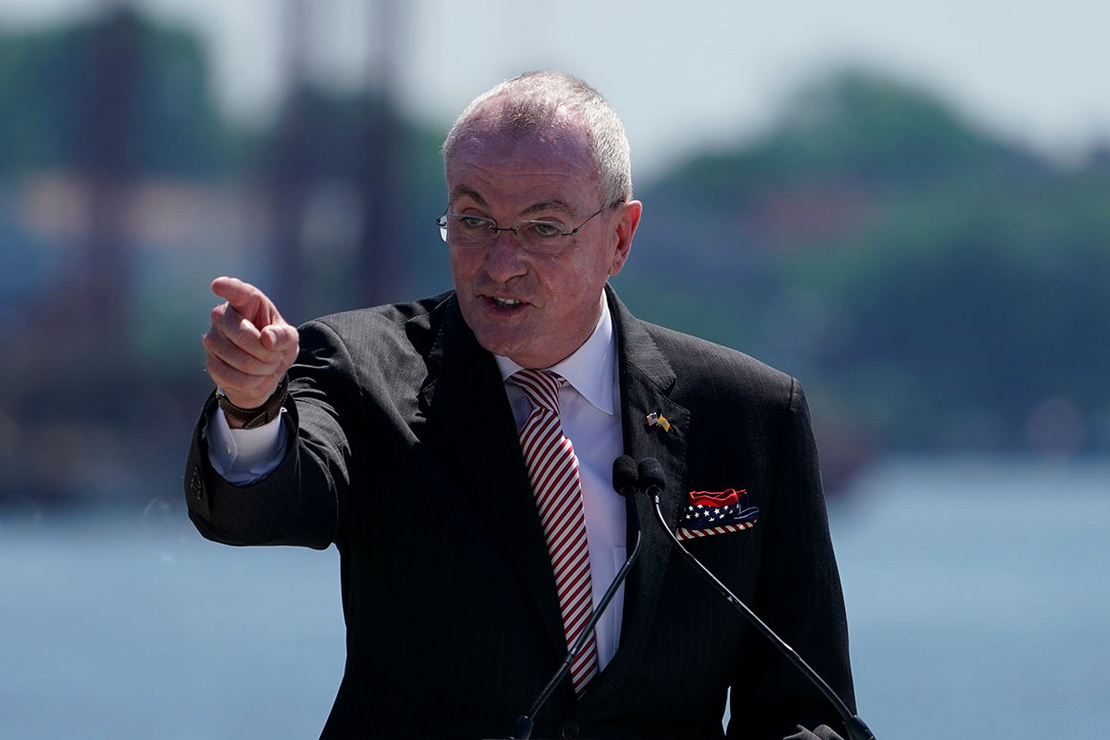 The move, while focused on just one state, highlights national tensions cropping up over a planned acceleration of renewable energy projects that some local residents say are being forced upon them. The battles are likely to increase as a swath of offshore wind projects are considered up and down the East Coast and President Biden pushes to decarbonize the power sector by 2035.

Under the new law, developers can appeal blocked approvals at the local level to the New Jersey Board of Public Utilities. The board would be able to override local government opposition if it deemed that a project’s request to land a transmission cable was just and had followed state requirements.

The legislation was drafted to counter so called NIMBY — or “not in my backyard” — complaints from coastal residents and leaders, said state Senate President Stephen Sweeney, the bill’s sponsor.

“To derail state policy for the purpose of shutting down offshore wind — that was their plan, to shut it down — we weren’t going to let that happen,” said Sweeney, who like Murphy is a Democrat.

Offshore wind opposition is not unique to New Jersey.

Just this week, Vineyard Wind, the first offshore wind farm of scale to secure approval from the federal government, was sued by a part-time resident of Martha’s Vineyard with a history of instigating litigation in Massachusetts over its renewable energy plans.

Opposition to raising turbines have also cropped up in beach communities like the Hamptons in New York as proposed offshore wind projects multiply along the Atlantic shorelines. In Ocean City, Md., for instance, local residents say offshore wind projects would be an eyesore that threatens their community’s economy (Energywire, Jan. 24, 2020).

The industry has gained momentum in recent years as states have inked ambitious climate targets to decarbonize their electricity grids.

New Jersey, which aims to hit 7.5 megawatts of offshore wind by 2035, is in a race with other Northeastern states to capture the expected boom in jobs and economic activity from the industry’s rise.

The state support for offshore wind has found a ready partner in the Biden administration, which sees offshore wind as a win for both fighting climate change and job creation. The White House has promised to permit 16 offshore wind farms by 2025, an ambition it says will help create 80,000 jobs by 2030.

But the rash of offshore wind projects has rattled some of the Northeastern communities along the coasts and residents who don’t want to see steel or concrete on the horizon.

“It’s very concerning,” said Michael DeVlieger, City Council vice president in Ocean City, N.J. He said he’s had reservations about the proposed offshore wind legislation but declined to comment on the new law because he hadn’t yet read through it.

DeVlieger said he feels local communities like his are being asked to sign off on projects long before federal environmental impact studies are completed.

“They are asking us to vote and rule on whether they are going to do things. [But] we are two years ahead of the environment impact study. Who would do that? Why would you do that?" he said.

Transmission landings are a challenging aspect of siting an offshore wind project.

Earlier this year, Ørsted, the world’s largest offshore wind developer, announced delays to its Skipjack project when it ditched plans to land the transmission cable at Delaware’s Fenwick Island State Park. Local communities had objected to the transmission cable’s potential to disturb wetlands.

Carleton Montgomery, executive director of the Pinelands Preservation Alliance, said that in general, he believes local input should be protected.

“I will always be skeptical for votes to override existing opportunities to have those voices heard,” he said, while adding that he was still evaluating the bill.

Several initial opponents to the new law ended up embracing it after the bill was amended to largely stop transmission landings from being routed through protected environments.

“We wanted to make sure that preserved land was used as a last resort,” said Tom Gilbert, campaign director for energy, climate and natural resources at the New Jersey Conservation Foundation.

With that addition, Gilbert said, he felt the legislation was fair.

“Climate change necessitates clean energy, and New Jersey is in a good position to have offshore wind,” he said. “We just have to do it as responsibly as possible.”

Asked whether the new law could spark a larger fight with NIMBY-minded local communities, he said he didn’t think so.

“That situation was already there,” he said. “But I don’t think there is a widespread problem. By and large, the vast majority of New Jerseyans support offshore wind.”