‘No Pebble mine’: Sullivan slams project after campaign attack 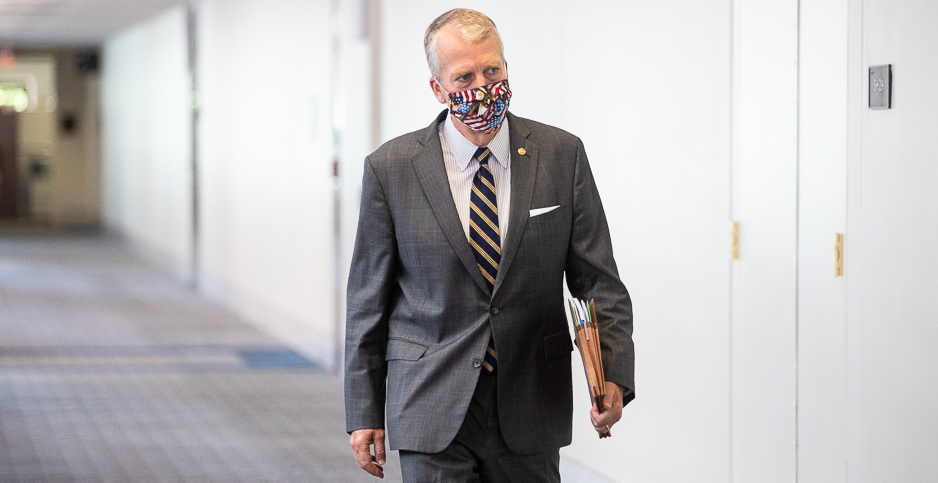 Sen. Dan Sullivan (R-Alaska) yesterday made his most forceful comments yet against the proposed Pebble mine. Francis Chung/E&E News

Sen. Dan Sullivan (R-Alaska) made his most forceful comments yet against the Pebble mine after his political opponent seized on secret recordings of a former mine executive downplaying the Republican’s opposition to the controversial project.

"Well right now, he’s off in a corner being quiet," Collier said of Sullivan in the tapes — comments then used for a political ad released by Gross’ campaign Wednesday.

The spot shows Collier saying about Sullivan: "So I think that’s our plan to work with him. Leave him alone and let him be quiet. He’s going to try to ride out the election and remain quiet."

Gross has continued to hit Sullivan over the Pebble tapes in hopes of swaying the state’s famously independent electorate. Yesterday, he demanded that Sullivan return "all the dirty money you have taken from Pebble Mine executives."

In a statement to E&E News, Gross said Sullivan "should be ashamed of himself." "Alaskans don’t have time to wait for their senator to come out of hiding — they need a senator to stand up for them, now," said Gross.

"Any suggestion otherwise is either wishful thinking, a blatant mischaracterization, or a desperate attempt to secure funding for a mine that cannot move forward," Sullivan said before Collier’s resignation.

While the 55-year-old Sullivan was born in Ohio, he laid roots in Alaska two decades ago, practicing law for a private firm before later serving as state attorney general and later leading the Alaska Department of Natural Resources. Sullivan’s wife, Julie, is an Alaska Native.

The University of Virginia’s Center for Politics in April shifted the race from "safe Republican" to "likely Republican."

Sullivan has emphasized his opponent’s backing by the Democratic Senatorial Campaign Committee, and last week he enlisted Murkowski to push back against the attacks, which he calls "gross myths."

Murkowski’s backing, however, came just hours before Ginsburg’s death and served to highlight the senators’ split on the Supreme Court issue.

"Given the lies of Pebble’s leadership, the record needs to be set straight," Sullivan wrote on Twitter.

Murkowski, who has said Pebble hasn’t shown it can be permitted, responded to Sullivan’s tweets with an image of Alaska salmon and three hearts.