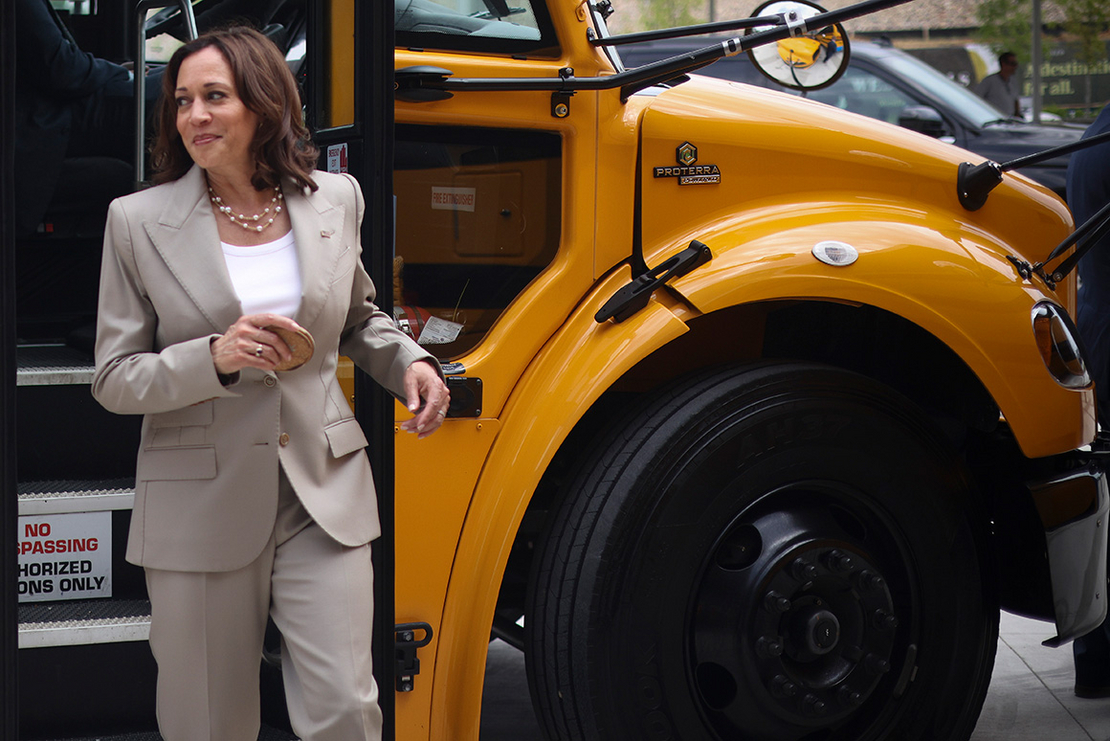 The White House launched a week of action this morning to highlight the Biden administration’s progress on environmental justice, pointing to $29 billion in the pipeline to support housing, clean up environmental hazards and support jobs in coal communities.

Administration officials expressed excitement “about the progress we are making” on Justice40, a plan to direct 40 percent of overall climate-related “investment benefits” to disadvantaged communities. That includes money from last year’s infrastructure bill.

“It is not something that is going to happen overnight,” an official, who spoke on condition of anonymity, stressed during a call with reporters.

The announcement follows a year of criticism from Republicans wary of the administration’s equity agenda and environmental justice activists who worry that President Joe Biden won’t make good on his promise to address their pleas.

White House officials this morning took another opportunity to defend their work and unveiled a new EJ portal. They have described the effort as steering hundreds of ships, each representing a different federal program, and want to be more public about that work.

At the Department of Energy, the White House touted $3 billion in spending from the Weatherization Assistance Program, which reduces energy costs for low-income households. DOE announced another $3 billion to spur battery and clean energy research and development.

“In total, hundreds of federal programs, representing billions of dollars in annual investment — including programs that were funded or created in the President’s Bipartisan Infrastructure Law — are being utilized to maximize benefits to disadvantaged communities through the Justice40 Initiative,” the White House said in a fact sheet released today.

Exactly how the administration plans to count “investment benefits” of climate and clean energy funding has been a point of contention, with environmental justice advocates calling the calculation amorphous and expressing concern that corporate America could inadvertently reap the benefits.

The answer to that question remains somewhat unclear, but the White House, through the U.S. Digital Service, has been working on a mapping tool using various health and environmental indicators to identify where to direct spending. A public comment period closed last week.

One piece of criticism from advocates has been about the tool’s lack of race indicators. Administration officials have said race factors could expose the entire initiative to legal vulnerabilities from conservatives (Greenwire, April 13).

“An updated version of the screening tool, along with an updated technical support document, will be released after the feedback from the public comment period, Tribal consultations, and meetings with Federal agencies has been reviewed,” said the White House today.

Among the White House Council on Environmental Quality’s biggest critics have been an outside group of advisers whom the president appointed to help the administration implement Justice40 and other environmental justice efforts.

The White House Environmental Justice Advisory Council, known by its abbreviation, WHEJAC, last year issued 100 pages of recommendations, including some policy positions that conflicted with the Biden administration’s stated goals.

The president, for example, is supportive of carbon capture and sequestration to help address climate change. Advocates have argued that carbon capture operations are built in front-line communities and, more broadly, extend the country’s reliance on fossil fuels.

Today, the administration released its lengthy response to the recommendations, a task mandated under the Federal Advisory Committee Act. The document shows how agencies are “fundamentally” shifting their work to address environmental justice, officials said.

“We’ve taken these recommendations incredibly seriously over the past year, consulting them again and again as we develop the beta version of the Climate and Economic Justice Screening Tool,” an official said on the conference call.

The official stressed that there is no “simple fix” to injustices that have spanned generations in the United States and are incredibly complicated. “The work that this report describes doesn’t lend itself to a short sound bite or a catchy headline.”