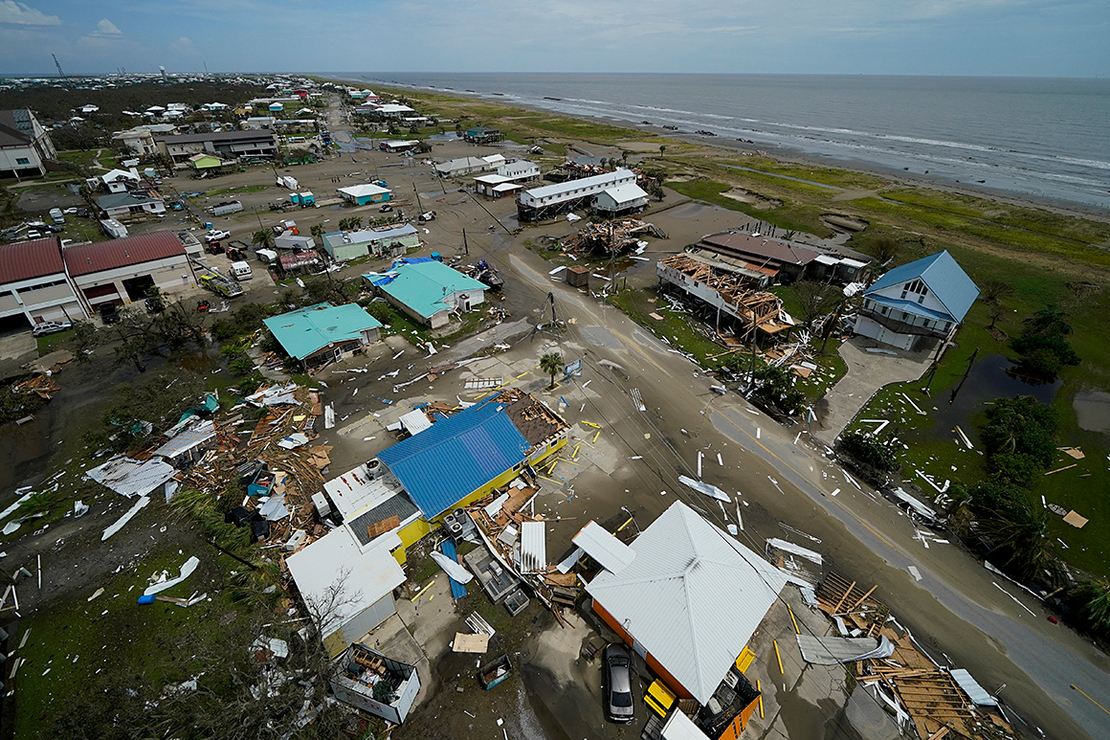 The remains of destroyed homes and businesses are seen in the aftermath of Hurricane Ida in Grand Isle, La., on Aug. 31, 2021. Gerald Herbert/AP Photo

NOAA Administrator Rick Spinrad said the agency predicts there’s a 65 percent chance of an “above-normal season,” with 14 to 21 named storms. Of those, he said, six to 10 could become hurricanes, with three to six classified as major hurricanes with winds of 111 miles per hour or more.

With the 2022 season set to begin next week, Spinrad said there’s only a 25 percent that 2022 will be near normal and just a 10 percent chance that it will be below normal.

“One of those storms, Hurricane Ida, of course, made a huge impact right here in New York City,” said Spinrad, who unveiled this year’s hurricane outlook at the New York City Emergency Management Department in Brooklyn.

Spinrad said Ida produced 9 inches of rain in parts of the New York-New Jersey area and caused 27 drowning deaths, many of those in poorer neighborhoods. He said “preparedness is key” for Americans to not get caught by surprise.

New York Mayor Eric Adams, who appeared at the news conference with Spinrad, said NOAA’s forecasts will help New Yorkers get ready for the season, which will begin June 1 and end Nov. 30.

“Let’s be clear: This information is vital, it’s crucial,” he said, adding that New Yorkers must adjust “to this new reality” caused by a changing environment.

Spinrad said NOAA is making its predictions this year with a confidence level of 70 percent.

NOAA officials said the hurricane season will be affected by several climate factors, including the ongoing La Niña that’s likely to persist throughout the season, warmer-than-average sea temperatures in the Atlantic Ocean and Caribbean Sea, and weaker tropical Atlantic trade winds.

This year’s storms will be named: Alex, Bonnie, Colin, Danielle, Earl, Fiona, Gaston, Hermine, Ian, Julia, Karl, Lisa, Martin, Nicole, Owen, Paula, Richard, Shary, Tobias, Virginie and Walter. Since 1953, the storms have been named from lists that originated with the National Hurricane Center and that are now updated by an international committee of the World Meteorological Organization.

NOAA said last year marked the first time in history when the list of 21 storm names was exhausted for two consecutive years.

President Joe Biden, who last week toured a hangar at Joint Base Andrews in Maryland to view aircraft used to track hurricanes, also said Americans should expect “another tough hurricane season” (Greenwire, May 19).

“In 2021, it was the third-most active hurricane season ever recorded, including the first hurricane to hit the Northeast in 30 years, killing more than 100 people and causing billions — billions of dollars — in damage,” Biden said.

“And given the climate crisis, it’s likely to — we expect another tough hurricane season,” he added. “And storms are going to be more intense, and we’re going to have shorter notice, as we saw last year with Hurricane Ida.”

As a result, Biden said, the job facing NOAA, the Air Force and the Coast Guard “is not going to slow up anytime soon,” but he said federal agencies will be prepared to respond.

“My message to all Americans is straightforward: We know hurricanes are coming our way,” he said. “They grow more extreme every season thus far. Pay attention to the hurricane warnings.”