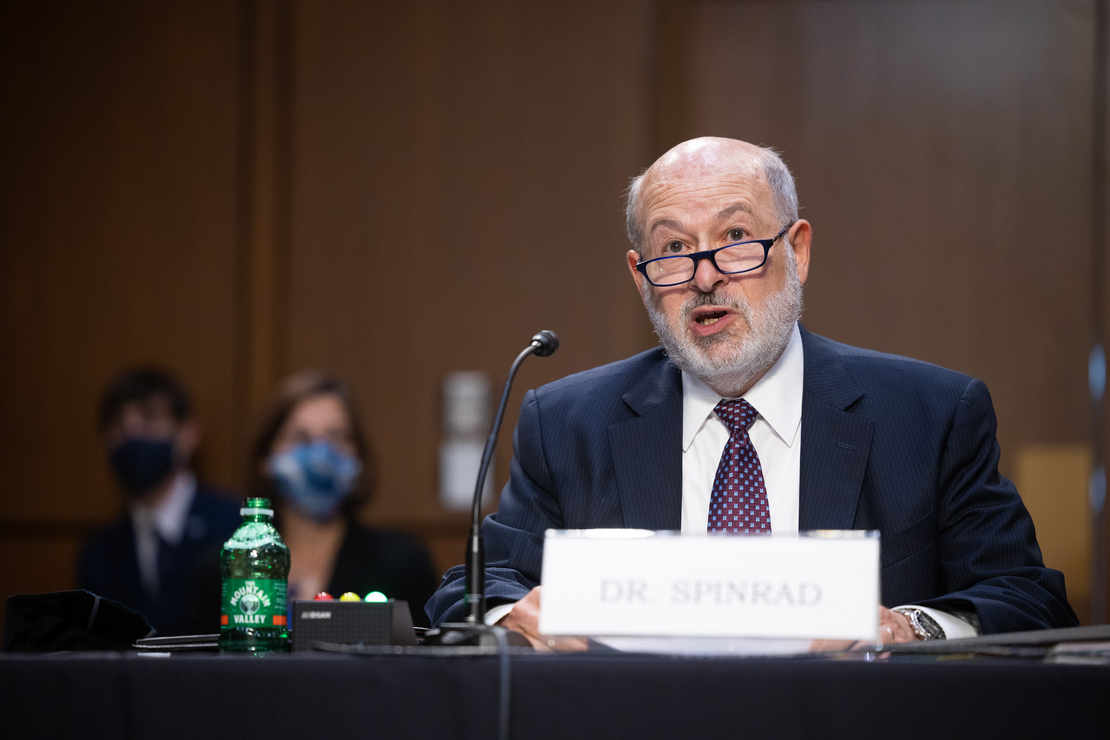 NOAA Administrator Rick Spinrad told a House panel last week that the agency has already made history on the hiring front this year, with women now occupying half of all the assistant administrator jobs.

And he hinted that more could be on the way, after Louis Uccellini retires on Jan. 1 as head of the National Weather Service. “We may have an opportunity to have a woman in that position, as well,” Spinrad told lawmakers (Greenwire, Sept. 8).

For Spinrad, who took charge of NOAA in June, putting more women in top jobs is one way to confront the longtime stain of sexual harassment at the agency and to protect its 12,000 employees.

A report by the Government Accountability Office released yesterday found that NOAA has made substantial progress in the last five years in preventing and responding to cases of sexual harassment and assault. But the evaluation concluded that the agency still has shortcomings.

NOAA, which accepted the findings of the report, has already taken steps like setting up a sexual assault and harassment council and creating an office for workplace violence prevention and response.

In its criticism of NOAA, GAO said supervisors and managers who took mandatory training last year were not warned of the consequences they could face if they fail to act on incidents they witness or that are reported to them. That could raise liability concerns for NOAA and undermine a message that sexual harassment is not tolerated, the report said.

In addition, the report faulted NOAA for not collecting its data on complaints “in a consistent manner” and for not describing its protocols for investigating allegations of sexual harassment and assault, as Congress required in 2017.

The issue dates back to 2014, when multiple whistleblowers at NOAA alerted members of Congress of an alleged culture of pervasive sexual assault and harassment at the agency. Many employees work at isolated and decentralized locations, increasing their risk.

Among its recommendations, GAO said senior leaders at NOAA should oversee all disciplinary actions for assault and harassment before they’re finalized and that the agency’s central tracking system for complaints should be improved.

GAO also encouraged the agency to provide more specific and readily accessible information regarding the topic on its website.

At last week’s virtual hearing before the Subcommittee on Environment, Rep. Suzanne Bonamici (D-Ore.) told Spinrad that diversifying the workforce would go a long way in helping NOAA address the issue, particularly with women assigned to research vessels.

“It’s getting women in the field, but also keeping them there,” she said.

‘Moving in the right direction’

“The employees and contractors at NOAA, many of whom are women in the science, technology, engineering, and mathematics fields, deserve a workplace where they feel safe and where they have support and proper recourse if needed,” said Grijalva, who requested the GAO investigation along with South Dakota Republican Sen. John Thune. “For far too long, that has not been the reality for many of the employees at NOAA.”

In a statement, Grijalva highlighted one key finding from the report: "NOAA’s homogenous workforce and worksites with significant power disparities exacerbate the problem."

The issue has long prompted bipartisan concern on Capitol Hill.

According to a report NOAA submitted to Congress in 2020, employees reported 52 allegations of sexual harassment at the agency in 2018. That declined to 34 in 2019.

NOAA acknowledged the severity of the problem, saying last year that its 851 fisheries observers had been particularly vulnerable because they were often assigned to commercial fishing vessels in remote locations and were generally viewed as outsiders due to their monitoring responsibilities.

In February of 2020, then-NOAA acting Administrator Neil Jacobs told a House Natural Resources panel that observers faced "a high risk for bullying and intimidation, sexual and physical harassment, and violence” due to their work (E&E Daily, Feb. 28, 2020).

In April of this year, Bonamici and Young teamed up with two other House members, Democratic California Rep. Jared Huffman and Republican Puerto Rico Resident Commissioner Jenniffer González-Colón, on a bill to provide more resources for survivors of sexual harassment and assault and strengthen the agency’s response to complaints.

The lawmakers said their bill, “NOAA Sexual Harassment and Assault Prevention Improvements Act,” would coordinate claims and improve the reporting of cases, among other things.