‘Nobody believes those numbers’ 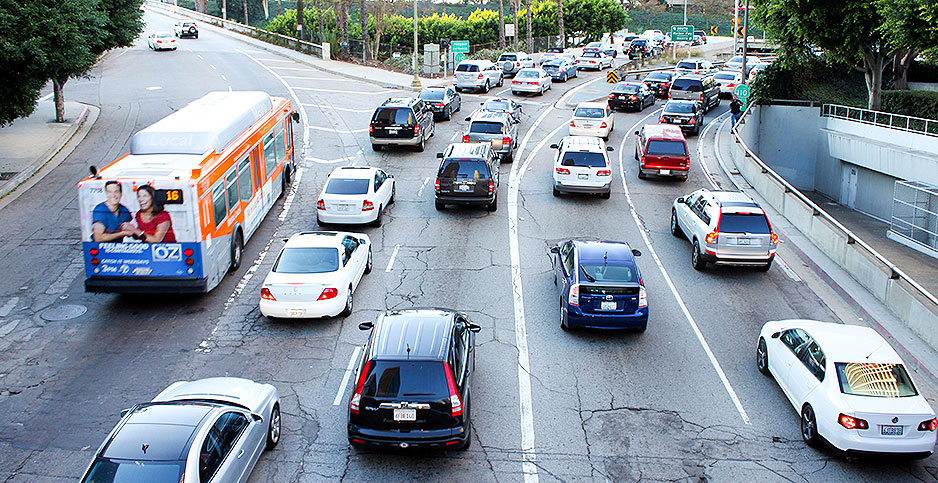 The Trump administration is claiming that weakening one of President Obama’s biggest climate rules will save the U.S. economy between $120 billion and $340 billion.

That’s a lot of money. And many experts aren’t buying it.

"Do I believe any of these numbers? The answer’s no. Nobody believes those numbers," said Jeff Alson, a former staffer in EPA’s Office of Transportation and Air Quality.

At issue is the administration’s projected cost savings from rolling back Obama-era tailpipe pollution rules for cars.

EPA and the National Highway Traffic Safety Administration this summer proposed freezing fuel economy standards at 2020 levels through 2026, rather than increasing their stringency each year as President Obama had envisioned (Greenwire, Aug. 2).

Then last week, a senior administration official told reporters that freezing the standards would save between $120 billion and $340 billion (Greenwire, Oct. 17).

Those numbers are astronomically high. The administration official also said regulatory rollbacks across all federal agencies last year saved $23 billion — less than one-fifth as much.

When issuing the car standards in 2012, EPA estimated that climate benefits greatly outweighed their compliance costs. In its regulatory impact analysis, the agency said the rules would result in climate benefits of between $106 billion and $126 billion as a result of reduced air pollution. EPA also said automakers would need to spend less than $800 per vehicle to meet the standards.

The Trump administration flipped that analysis on its head to justify the rollback. In its own preliminary regulatory impact analysis, it argued that the rules were too costly for automakers to meet and that weakening them would have a negligible impact on air quality.

"This huge discrepancy between the original analysis and the new analysis that’s being used to justify the rollback should raise red flags for anyone," said Jessica Wentz, a senior fellow and associate research scholar at Columbia University’s Sabin Center for Climate Change Law.

"It doesn’t seem right," Wentz said. "How on Earth could enough new information have come to light that it would make sense for them to be reaching the complete opposite conclusion about the economic impact of the standards?"

Alson said the Trump administration "cooked the books" by making a number of flawed assumptions in its analysis.

"They made so many assumptions, most of which are biased, some of which are horribly wrong," said Alson, who retired five months ago after a 40-year career at EPA.

So what were the flaws?

Wentz pointed to the Trump administration’s approach to the social cost of carbon, which estimates a dollar value for the harm caused by climate change.

The domestic approach is problematic because climate change is a global problem, Wentz said. "If all countries did that, we would have completely inadequate climate action," she said.

The Trump administration also made unrealistic assumptions about consumer behavior, said Joshua Linn, a senior fellow at the nonpartisan think tank Resources for the Future.

"Really, the major issue seems to be the assumptions they make about the way that households decide what vehicles they want to own and how much they’re going to drive those vehicles," Linn said.

Unpacking those assumptions is complicated. They’re related to something called the "scrappage model" — a projection of when consumers will "scrap" an older vehicle in favor of a newer model.

The Trump administration’s reasoning went like this: Weakening the car rules would lower the cost of a new car. That would encourage people to buy new cars and scrap their older vehicles, resulting in fewer vehicle miles traveled (VMT), fewer traffic accidents and less air pollution.

But Linn said that reasoning was flawed. He said the Trump administration made erroneous claims about the scrappage model. In particular, he said research shows that people who bought new cars would likely still keep their older models and drive them occasionally. That would result in more VMT, more traffic accidents and more air pollution — and lower projected cost savings.

"From the literature, what we think would happen is that if you had two older cars, you might scrap one but drive the other one more," said Alan Krupnick, another senior fellow at Resources for the Future who worked with Linn on a recent blog post about the car rules. "So at the end of the day, you wouldn’t get the benefits that the Trump administration says you would get."

In regulatory comments, experts have also pointed out that the Trump administration ignored available technology that can reduce the cost of complying with the car rules. For example, it failed to consider Atkinson cycle technology applied to turbocharged engines — something the Obama administration considered in its 2016 technical assessment report that called for maintaining the current standards through 2025.

"The pending proposal is rife with seemingly unlawful assertions and erroneous assumptions," Carper wrote in the letter. "I have attached a non-exhaustive list of some of the most significant deficiencies in your Agencies’ proposal."

The "non-exhaustive list" stretches seven pages and includes the concerns about the scrappage model and vehicle technology.

The car rules are a joint endeavor between EPA and NHTSA. But the relationship between the two agencies has been fraught at times.

In August, allegations surfaced that NHTSA political appointees had steamrolled EPA career staff in their rush to finalize the rollback (Greenwire, Aug. 2).

And in comments submitted to the White House Office of Information and Regulatory Affairs this summer, EPA pointed out "significant and fundamental flaws" in NHTSA’s modeling and asked that its logo be removed from the proposal (Climatewire, Aug. 16).

The comment period on the car rules rollback ends tomorrow.