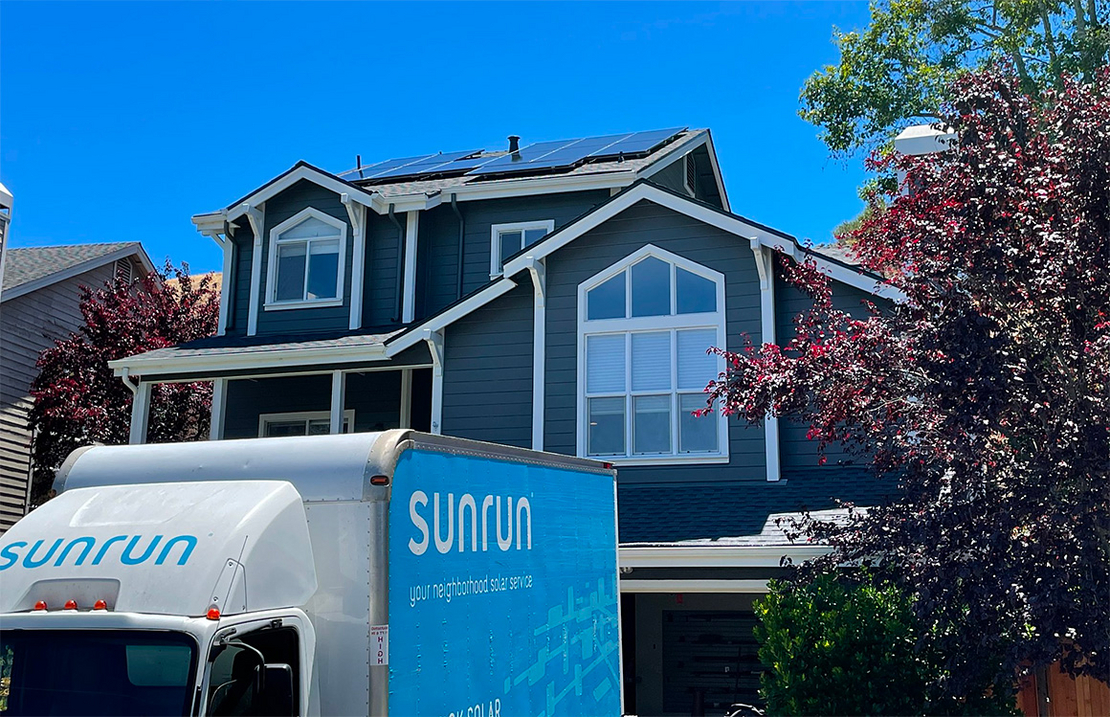 A Sunrun truck in front of a home. Sunrun

New England became the first regional energy market to use a virtual power plant this summer, with thousands of home solar and battery storage projects exporting power to the grid.

Solar giant Sunrun announced on Tuesday that it had succeeded in providing power to customers in June, July and August through a virtual power plant that combined an estimated 5,000 small-scale solar energy systems in Massachusetts, New Hampshire, Rhode Island and Vermont. The systems, which included solar panels on homes, were paired with batteries to store excess solar power, which could then be shared with the grid when energy demand was high.

“First and foremost, we deliver resilience and cheap and clean electricity to customers who sign up,” said Nick Smallwood, senior vice president of business development and products at Sunrun. “But we know through networking those batteries together, we’re able to provide an extra layer of value to the grid… and we’re ready to provide that.”

But Sunrun’s program demonstrates that virtual power plants can deliver in multistate power markets, as opposed to simply at the utility or retail electricity level, said Caitlin Marquis, director at Advanced Energy Economy.

Sunrun’s program was able to leverage sunny days this past summer to add power to the New England grid, reducing the grid operator’s need to rely on more expensive fossil fuel plants, the company said in a news release.

Specifically, thousands of home solar systems exported excess solar energy between 1 p.m. and 5 p.m. throughout the summer, when solar power is often at its peak, “reducing overall energy demand and relieving stress” on the grid, the company said. In total, the virtual power plant shared more than 1.8 gigawatt-hours of energy, according to Sunrun.

Virtual power plants can also benefit customers who own battery and solar systems, as they receive credits on their power bills or other compensation, said Todd Olinsky-Paul, a Vermont-based senior project director with the Clean Energy States Alliance and Clean Energy Group. Instead of having their battery storage system simply “waiting for an outage,” customers can actively reduce energy costs across the entire system during normal operations, he said.

Another benefit: virtual power plants may be used instead of “peaking” natural gas plants, which in New England are often located in historically disadvantaged communities, Olinsky-Paul said. While peaking power plants provide energy when electricity demand is high, they are often less efficient than most power plants, according to environmental advocates (Energywire, Aug. 24, 2021).

There are still challenges and barriers to including virtual power plants in grid markets nationwide and in ISO New England, said Marquis of Advanced Energy Economy.

The Federal Energy Regulatory Commission has sought to remove these barriers through a new rule, known as Order 2222, that requires regional transmission organizations to allow full participation of distributed energy resources. But several regional grid operators have not yet filed plans that comply with the rule, Marquis said.

“This is the energy system of the future and the future is not very far away,” Olinsky-Paul said.