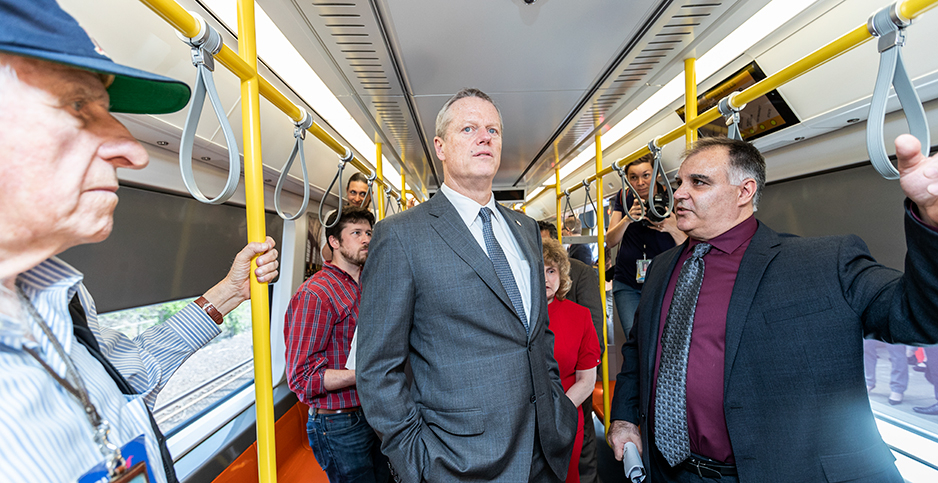 A collection of Northeastern states are expected Monday to unveil a final agreement to cap carbon emissions from cars, according to sources close to the process.

The announcement follows years of negotiations and represents one of the most significant developments in state climate policy. Transportation is the largest source of greenhouse gases in the United States, but states have focused much of their climate efforts on power plants. In the Northeast, more than 40% of emissions comes from cars and trucks.

Details of the final plan weren’t immediately available. The program, known as the Transportation and Climate Initiative (TCI), is modeled after the Regional Greenhouse Gas Initiative, a cap-and-trade program for power plants in the Northeast. It would set a limit on carbon emissions, which would decline each year.

Fuel suppliers would be required to buy carbon credits to cover their emissions, with proceeds directed back to states to spend on clean infrastructure projects such as public transit, walking and biking, and electric vehicle charging. The program would go into effect in 2022 and is expected to reduce emissions up to 25% by 2032.

Twelve states have been involved in crafting the program, but it is not clear which ones ultimately would sign on to it. Massachusetts is perhaps the closest to a sure bet. Gov. Charlie Baker (R) has championed TCI, as part of the state’s efforts to meet its legally binding emissions targets.

Baker created a stir last month when he told reporters the state might need to revisit the assumptions behind the program following a drop in driving due to the coronavirus pandemic. But Kathleen Theoharides, the state’s environmental secretary and TCI chair, reaffirmed Massachusetts’ commitment a short time later, saying she expected states to sign a memorandum of understanding by the close of the year.

"Through this initiative, we can assure sustained investment in transportation and give people better, more affordable transportation options while cutting the pollution that contributes to global warming," Theoharides told a panel event, in comments reported by CommonWealth magazine.

It is unclear where other states stand.

But he more recently signaled some openness to the idea.

"It’s something a lot of the regional governors are thinking about and one of the ideas I think the Legislature ought to be thinking about," Lamont told NBC Connecticut.

Vermont Gov. Phil Scott (R) and Maine Gov. Janet Mills (D) also have expressed reservations about the concept. Other states involved in drafting the plan are Delaware, Maryland, New Jersey, Pennsylvania, Rhode Island and Virginia, as well as the District of Columbia. New York has participated in the negotiations but did not publicly commit to the program when it was announced in 2018 (Climatewire, Dec. 20, 2018).

Some states may be required to adopt the program via their legislature. Others like Massachusetts can do so through executive action.

The program has been controversial. It’s drawn the ire of fuel suppliers, which say it amounts to a gas tax. A recent Tufts University study found the program could increase prices at the pump by 24 cents a gallon in 2022. It has also attracted criticism from environmental justice groups, which have attacked it for not dedicating funding to disadvantaged communities (Climatewire, Oct. 20).

Advocates of the program say states have committed to spending 35% of revenues on underserved communities and contend it would have significant health benefits. They also point to an analysis released by the states that found the program could increase the cost of gasoline by 5-17 cents per gallon in 2022, not 24 cents as estimated by Tufts.

A study by Harvard University’s T.H. Chan School of Public Health found it would prevent up to 1,000 deaths annually on the account of improved air quality. A separate analysis by the Georgetown Climate Center found the program would generate as much as $8.5 billion in annual revenues for clean investments.