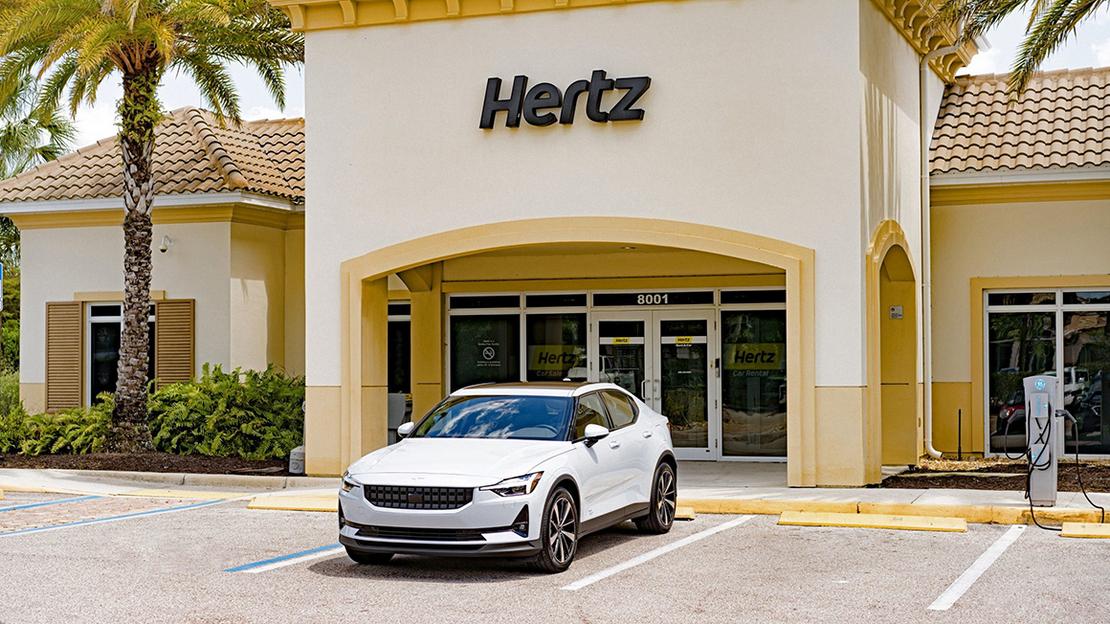 Hertz Corp., one of America’s largest car rental companies, said yesterday that it will take a step beyond Tesla Inc. and offer electric vehicles from Swedish-Chinese automaker Polestar.

The rental company said it would buy up to 65,000 Polestars around the globe by 2027, including for the North America market.

This is Hertz’s second foray into electric vehicles. In October, the company said it would buy 100,000 Teslas for its rental fleet and make half of those available through ride-hailing platform Uber Technologies Inc. The top-line number was subsequently called into doubt by Tesla CEO Elon Musk.

Yesterday, a Hertz spokesperson said by email, “We are actively taking deliveries and integrating into our retail and rideshare fleets.”

EV advocates cheered the Polestar news, saying that the vehicles would create more opportunities for the EV-curious to take one for a spin. Simply getting people behind the wheel of an EV has been a primary objective of groups like Plug In America, which organizes groups of EV owners across the country to offer test drives in their own vehicles.

The rental vehicles open another option, said Noah Barnes, a Plug In America spokesman. “Not only do they give current EV drivers the opportunity to enjoy the same great driving experience while traveling, but they’re also a great opportunity for non-EV drivers to experience driving electric vehicles,” he said.

Polestar has said that it will start producing its newest vehicle, the Polestar 3, at Volvo’s plant on the outskirts of Charleston, S.C., starting later this year. Other models are made in China.

Hertz says on its website it offers electric cars “with models from Tesla, Ford and more available.”

It lists Tesla Model 3s as available at major airports in California, Florida, Georgia and outside Washington, D.C.