‘Not the end of the road’: Greens defiant as bill collapses 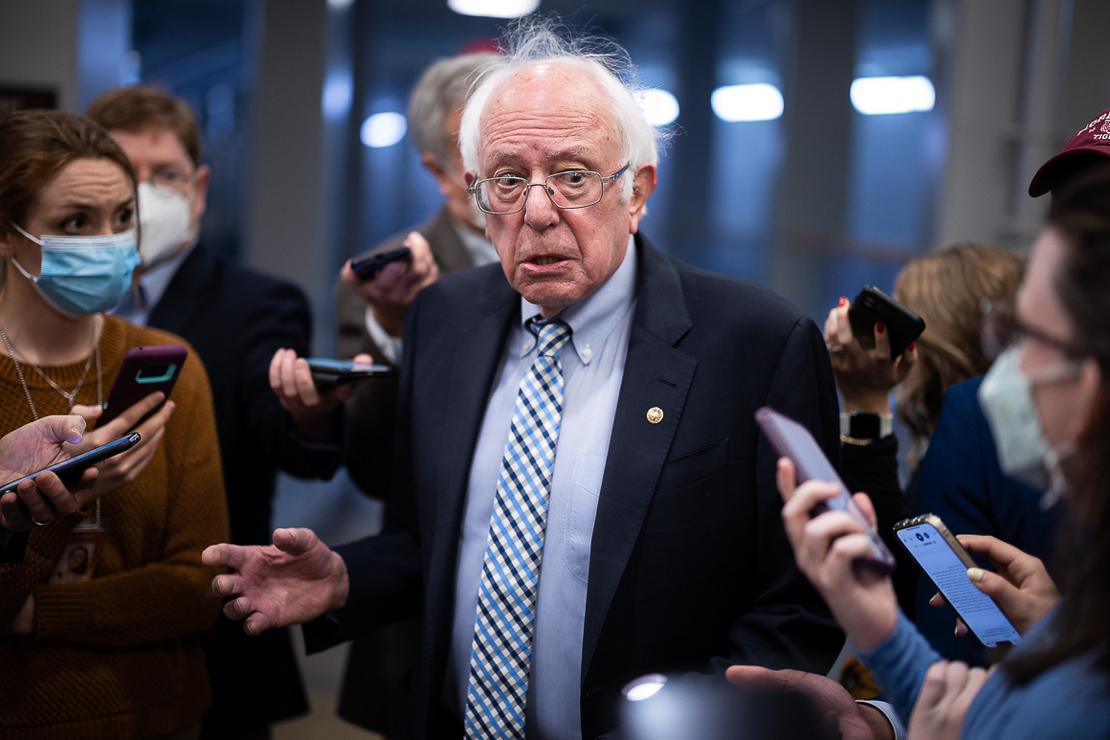 Environmental groups struck a defiant tone yesterday, pledging to keep pushing forward on the climate change provisions in the “Build Back Better Act” even after Sen. Joe Manchin (D-W.Va.) said he wouldn’t support the measure.

Climate advocates said President Biden and congressional Democrats put together what would be the most aggressive climate policies in the nation’s history, and Manchin shouldn’t be able to sink them.

While they did not outline specific strategies, greens want the climate investments, including $555 billion of clean energy tax credits, electric vehicle incentives, grants and other measures, to keep moving forward.

“The overwhelmingly popular Build Back Better Act will save West Virginians money on their energy bills and other monthly expenses, create good-paying union jobs, and build a healthier, more equitable clean energy future for every community,” Tiernan Sittenfeld, senior vice president of government affairs at the League of Conservation Voters, said in a statement, pointing to the recent deadly tornadoes in Kentucky and other states that some have connected to climate change (Climatewire, Dec. 13).

“This is not the end of the road,” she said. “We are more determined than ever, and we will keep fighting like hell to ensure the Build Back Better Act becomes law — for the people of West Virginia and for all people in this country who care deeply about climate, jobs, and justice.”

Many advocates said time was running out to act on climate change and that the bill was the best opportunity. “The transformative climate investments included in the Build Back Better Act are our last, best chance to tackle the climate crisis before it’s too late," said Jamal Raad, executive director of Evergreen Action. "Failure is not an option.”

Manish Bapna, president of the Natural Resources Defense Council, echoed that sentiment. “The stakes for the country are too high. Inaction would cripple our economy, as climate costs and dangers rise," he said. "The investments in this bill will create jobs, strengthen our economy and cut costs for our families and workers,” he continued. “Congress must return in early January to enact this measure without fail or delay.”

Sen. Bernie Sanders (I-Vt.), the firebrand progressive and former presidential candidate, said he wants to see Congress vote on the measure, “as soon as the Senate returns.” He also sees it as an opportunity to force Manchin to own up to his expected “no” vote.

“He should have to explain to West Virginians and the American people why he doesn’t have the courage to stand up to powerful special interests and lower prescription drug costs; expand Medicare to cover dental, hearing and eyeglasses; continue the $300 per child direct monthly payment which has cut childhood poverty by over 40 percent; and address the devastating impacts of climate change,” Sanders said in a statement. “He should also have to explain why he is not prepared to demand that millionaires and large corporations start paying their fair share of taxes.”

By contrast, some environmental groups are pushing for Biden to immediately start developing aggressive climate policies that he could implement unilaterally, without Congress’ help, via executive action or other measures.

“This legislation failed because of the many strategic errors of the Democratic establishment, especially Speaker Pelosi, Senator Schumer and President Biden, who forced the progressive wing to back down to appease Joe Manchin,” said Jean Su, director for energy justice at the Center for Biological Diversity.

“Now is the time for President Biden to fully use his executive powers to halt fossil fuel extraction and drive the renewable energy transition,” she said.

The Center for Western Priorities specifically called for the Interior Department to work on aggressive anti-fossil-fuel actions.

“Interior must stop sweetheart deals for drillers and raise royalty rates on leases,” she said. “The department should begin a full review of the climate impacts of oil and gas leasing to ensure these new rules cannot easily be erased by a future administration. And the Biden administration must do everything it can to ramp up renewable energy production on our public lands.”

Others focused yesterday on assigning blame not just to Manchin but also Democratic leadership.

“Let’s be clear: the death of BBB isn’t just Joe Manchin’s fault. The failure of BBB passing is also on Joe Biden, Nancy Pelosi, and Chuck Schumer. They had a moral obligation to play hard ball with Joe Manchin, and chose not to,” said Varshini Prakash, executive director of the Sunrise Movement.

She then issued a threat: “History will remember Joe Biden and Democrats for failing to curb emissions and save working people when they had the chance. Our leaders have failed us, and we will replace you.”