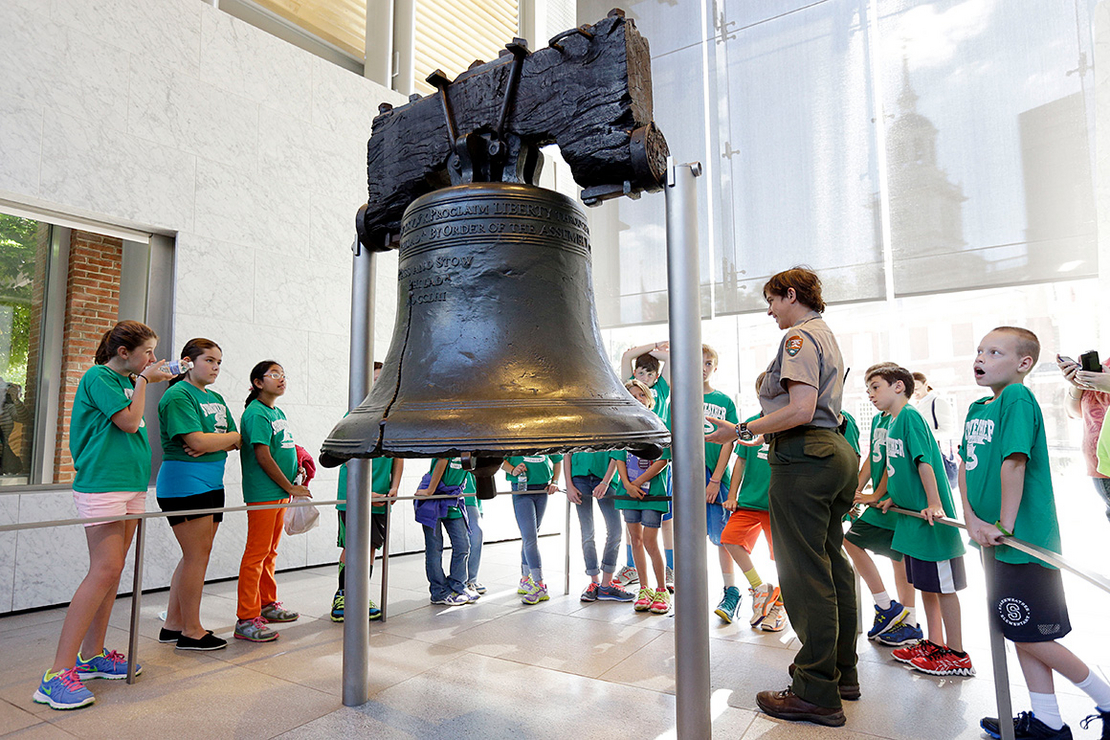 The National Park Service is under fire for a decision to disconnect from the city of Philadelphia’s steam-heating system and use independent natural gas boilers to heat dozens of its buildings, including historic Independence Hall.

Joseph Minott, the executive director of the Clean Air Council, said the move runs counter to President Biden’s pledge at the COP 26 climate conference in Glasgow, Scotland, last month to cut domestic greenhouse gas emissions in half by 2030.

“To me, it was striking that at the time President Biden was in Glasgow telling everyone that we all need to get together and reduce methane emissions that the park service was entering into a long-term contract for methane,” Minott said in an interview yesterday. “That disconnect is quite dramatic.”

Convinced that the Biden administration now has a perfect opportunity to put its money where its mouth is, Minott wants Interior Secretary Deb Haaland to intervene and block NPS from proceeding with its project.

“The Department of the Interior and the National Park Service must look to decrease their greenhouse gas emissions, not increase them,” Minott said in one of two letters he wrote to Haaland.

The Interior Department declined to comment, while NPS defended the move, saying it would save taxpayers money.

“The NPS is hopeful that new and greener heating technologies will soon be more readily available and economically feasible within the park’s fixed budget,” Cynthia MacLeod, superintendent of Independence National Historical Park, told Minott in a letter, adding that natural gas now "is the cleanest and most economical thermal energy source available."

The battle has been simmering for months but became public last month when Minott complained in an op-ed published on the website of Philadelphia’s public FM radio station WHYY that NPS had advanced the plan in secret, with “no public meetings and no public disclosure about any such plans over the four years the project has been under consideration.”

“Unfortunately, the government’s ambitious rhetoric around climate is too often dangerously out of step with its own actions,” Minott wrote, adding that “the public deserves to learn more about this proposed project and why it’s needed before NPS and its partners move forward.”

In an email last night, Jenny Anzelmo-Sarles, the NPS chief of public affairs, said the agency “is committed to promoting clean and efficient energy solutions that complement the administration’s goals of reducing reliance on fossil fuel and addressing the climate crisis,” adding that the Philadelphia park ultimately expects to reduce its emissions by 1,685 tons per year.

“Independence National Historical Park has existing infrastructure that is no longer functional or is inefficient and must be replaced as soon as possible,” she said. “By using a new system, the National Park Service intends to reduce the carbon footprint and the utility costs of Independence National Historical Park. The energy required to generate high-pressure steam and transport it 2.5 miles to the park is substantially higher than the park will use to self-generate heating hot water and pump it through closed loop systems serving multiple buildings.”

Minott first wrote to Haaland in June, saying the nonprofit Clean Air Council feared that the NPS conversion to gas boilers could lock the agency into using gas for another 30 years. He urged the Interior Department and NPS to “fully explore the possibility of expeditiously switching to use solar or wind energy” to help the city of Philadelphia achieve its greenhouse gas reduction goals.

After Haaland referred the letter to MacLeod, she wrote back in July, telling Minott that NPS had approached all of the city’s publicly regulated utilities in 2017 and that only Philadelphia Gas Works “was interested and eligible” in the project.

NPS then hired the company to conduct an engineering study, which urged the park service to use on-site gas boilers instead of the city’s steam, MacLeod said.

“The engineering study also highlighted that, based on an analysis of utility bills, steam service costs 190% of an equivalent thermal unit of gas,” MacLeod said in her letter.

Philadelphia Gas Works is now the subject of a formal complaint to the Pennsylvania Public Utility Commission filed by Vicinity Energy, the company that owns the system that provides the steam. According to the Philadelphia Inquirer, which reported on the complaint last month, Vicinity is accusing the gas company of “predatory, anti-competitive” conduct and of poaching its customers, including NPS.

Minott wrote to Haaland again in August, saying that NPS officials in Philadelphia had not been transparent about the project and had refused to release the engineering study and noting that it had been conducted by "a potential financial beneficiary of the fossil fuel investment."

“The Council respectfully urges you and the Department of the Interior to direct NPS Philadelphia to release the engineering study prepared by Philadelphia Gas Works in full in order to allow for thorough, independent review and comment by experts and interested stakeholders before the intended project moves ahead any further,” Minott wrote.

In October, he filed a request under the Freedom of Information Act, asking for a copy of the study and any documents related to the project dating back to Jan. 1, 2017.

“I think we’ve been pretty patient. But I think no matter what they produce, there is going to have to be some soul searching,” he said, adding that the park service’s handling of the project raises both legal and ethical questions.

“As soon as I get the documents, I’ll have a much better sense of how bad this is, but it’s not a good look,” Minott said. “The fact that the process was not open is not good. And when you’re leaving the steam loop in favor of building new natural gas infrastructure at a time when the whole world is being asked to move away from natural gas is not a good look.”