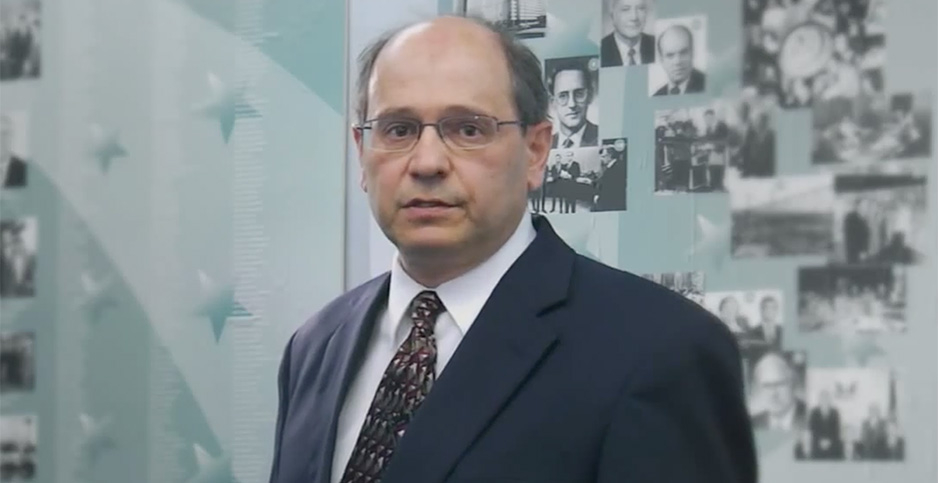 President Biden’s full-fledged support for advanced nuclear reactors has stirred up an issue that has challenged and sometimes haunted regulators since the dawn of the atomic age.

It’s not whether nuclear reactors are "safe," says Nuclear Regulatory Commission historian Thomas Wellock, author of a new history of nuclear plant oversight. That’s "really kind of impossible for anyone to answer," Wellock said in an interview with E&E News.

Ask instead, he says, "Are they safe enough?" — can reactors be engineered to protect the public and the environment against plausible emergencies and accidents without so many layers of security that their energy becomes unaffordable?

The issue has returned with urgency and controversy as the NRC undertakes design reviews of the first proposed advanced reactors.

Energy Secretary Jennifer Granholm, speaking June 14 at an American Nuclear Society conference, singled out the nearly $700 million in her department’s proposed fiscal 2022 budget for advanced reactors as evidence of the administration’s commitment to nuclear power as a critical contributor to Biden’s steep clean energy goals. The goal is to see that "the next generation of nuclear technologies are dreamt up here, are developed here, are built here and can be deployed everywhere," Granholm said.

Sharing the ANS program with Granholm were executives of Bellevue, Wash.-based TerraPower LLC, and X-energy, in Bethesda, Md. The companies each received an $80 million DOE grant last year to help accelerate their radically new nuclear technologies.

TerraPower’s sodium-cooled Natrium reactor can expand its output by channeling part of its heat energy to a molten salt storage system. X-energy has developed billiard ball-sized enriched uranium fuel pellets that are fed into its reactor like gum balls, using high-temperature helium gas to transfer heat for power generation.

"There is great interest in the commercialization of advanced reactors, but their licensing presents serious regulatory challenges," said former NRC Chairman Richard Meserve, writing in a National Academy of Engineering publication last September.

"The business case for many of the new designs assumes that many existing regulatory requirements can be relaxed or modified in light of their inherent safety," he added.

For example, TerraPower’s Natrium reactor, developed with GE Hitachi Nuclear Energy, is cooled with liquid sodium running at higher temperatures that permits storage of part of the reactor’s energy, creating a power reserve ideal for backing up renewable electricity. The higher heat output can be a potential source of energy for industrial processes, replacing fossil fuels. But sodium coolants can burn if exposed to air or water, and sodium systems require special engineering solutions to prevent runaway chain reactions, according to the Union of Concerned Scientists (UCS).

At an NRC conference in April, Edwin Lyman, UCS’s director of nuclear power safety, objected to the accelerated review of the new designs, contending that their technologies require investigation in full-scale prototype models. Commercial plants should not be approved until investigations are complete, he said. UCS also said an independent, congressionally chartered commission should review the new reactors’ merits and only approve those "with a high likelihood of commercialization that are clearly safer and more secure than the current fleet."

Those requirements would throw advanced reactors off a fast track that would keep new nuclear power in the front of zero-carbon grid solutions.

Wellock stressed that his account looks only at current reactor designs that rely on circulating water to manage reactor heat and generate steam to drive electricity turbines. His history stops at Japan’s 2011 Fukushima nuclear disaster and does not consider the regulation of advanced reactors.

But his narrative sheds light on a long-running debate with the NRC and its predecessor, the Atomic Energy Commission (AEC), over two different strategies for dealing with reactor safety issues. Those strategies are still critical to safety rulings for advanced reactors, the NRC says.

The older approach, "defense in depth," was based on determining how a reactor crisis could happen and then engineering redundant levels of protection to prevent it. When a reactor is shut down in an emergency, the core must still be cooled to prevent a meltdown risk, and so backup systems for water supply, pumps and emergency power were required.

The second, later strategy was called "probabilistic risk assessment" (PRA). Rather than define a threat, it asked more broadly what emergencies were most likely based on reactors’ operating data in order to draw up defenses.

PRA gave the NRC and reactor builders a cost-effective way to prioritize safety measures to avoid piling "one safety system on the back of another," as one regulator put it.

The defense-in-depth response was undermined by research that revealed threats that hadn’t been anticipated. The nightmare was a worst-case accident with the melted remains of a fuel assembly sinking to the reactor’s floor and breaching the containment shell, releasing radiation into the open.

That was called the "China syndrome," based on the morbid joke about how far the radioactive pile would sink into the earth. Beginning in the 1960s, the threat forced a new rethinking of risks and defenses, and concerns about the China syndrome "consumed the agency" for years, Wellock says.

On March 16, 1979, a movie with that name opened in theaters. Twelve days later came the shocking accident at the Three Mile Island nuclear plant near Harrisburg, Pa., in which government officials were unable to determine for days what was happening inside a stricken reactor and what risks the public faced.

The accident’s investigation revealed that maintenance workers had inadvertently caused a shutdown of the pumps delivering water required to cool the reactor, initiating a series of errors and mishaps that produced the crisis.

"The accident had negligible health effects, but the damage to the NRC and the nuclear industry was substantial," Wellock wrote in his new book. For years, a large swath of the public believed no new plant was safe. At least 120 proposed nuclear plants were canceled, felled by public anxiety, regulatory pressures and higher construction costs, he wrote.

The accident revealed that a number of small mishaps, "whether it’s human error or equipment malfunctions, could get you in a lot of trouble," Wellock wrote. It exposed a reality that intangible metrics such as a weak safety "culture" mattered.

The PRA approach had its own holes, particularly the challenge of calculating the odds that a nuclear crisis could occur. In 1957, the AEC produced a report estimating that a worst-case reactor accident might kill 3,400 people and cause $7 billion in property damage. The agency tried to cushion that alarming outlook with a guesstimate that such an accident would occur only once in 100,000 to 1 billion years of reactor operations.

Regulators and academics hoped that the accident’s stated low probability would reassure the public. Weren’t those long odds better than flying in passenger aircraft, driving a car or climbing a ladder at home?

But the report’s authors had to acknowledge "no one knows now nor will know" whether such low probability figures were realistic. There were no precedents to go by.

The public evidently was much more willing to take risks of their choosing than trust one created for them, the commission discovered.

The report, seized on by anti-nuclear activists, became the "albatross around our necks," as one AEC chair said, undermining public and political confidence in nuclear power.

The Three Mile Island emergency did revive interest in probability assessments that could focus on a larger horizon of risks, including maintenance and safety culture issues, Wellock said.

Each decade produced examples of negligent operations and weak safety policies at some plants, sowing more mistrust, as Wellock related — even though the emergency wasn’t repeated.

The reactor crisis at the Fukushima Daiichi nuclear plant in 2011, caused by Japanese authorities’ failure to anticipate the consequences of a worst-case earthquake and tsunami, forced the NRC to reexamine whether it had looked carefully enough at risks to U.S. reactors (Energywire, Dec. 16, 2019).

Wellock concluded that despite unsolved problems in defining PRA, the strategy has the potential to "make accident risk knowable, improve defense in depth and reconcile the need for safety and efficiency." He quoted an NRC official saying that each risk assessment is a "statement of optimism" that engineers and regulators understand challenges well enough to build in necessary safety.

NRC Chairman Christopher Hanson, speaking at last week’s ANS conference, said the commission must call on both strategies to write the safety rules for advanced reactors, an unfinished, controversial assignment from Congress. The regulation must weigh risks based on operational data, but that won’t be enough when dealing with new, untested technologies, he said: It must also draw on computer modeling of risks where it can.

On that point, the NRC’s history is clear, Wellock said. "The public actually isn’t persuaded by numbers. It’s much more about trust."

Correction: An earlier version of this story alluded to an incorrect date for the Three Mile Island nuclear accident.