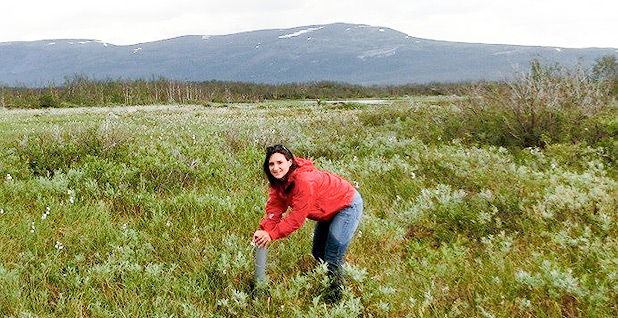 The National Science Foundation is closing its overseas offices, sparking sharp criticism that U.S. research could be threatened.

In a statement this month, NSF said it was shuttering branches in Beijing, Brussels and Tokyo to "modernize and broaden" international collaboration.

Two of the offices — Tokyo and the European division — have been active for more than three decades. The offices facilitated scientific agreements with foreign nations, produced reports and fostered research partnerships on issues such as carbon capture and sequestration.

"These offices have been integral to our successful collaborations in the past. However, the impact of having physical offices has changed as the world has changed," said Rebecca Keiser, head of NSF’s Office of International Science & Engineering.

The offices will close by summer. NSF will transition to a new model where experts travel on short-term expeditions to explore opportunities, Keiser said. The change will "expand our outreach" and help "ensure we are aware of, and have access to, the best minds and facilities," she said.

Critics slammed the move as a threat to science that would decrease U.S. competitiveness and block American scientists from valuable partnerships. With the Trump administration rolling back climate initiatives and operating without a science adviser, U.S. science already is under strain, they say.

Andrew Rosenberg, director of the Center for Science and Democracy at the Union of Concerned Scientists, called it "perilous" for the United States to withdraw from its long record of scientific leadership, as many scientific challenges are international.

"Just as trade and business development rely on enduring relations, science needs long-term engagement to be effective. These are our partners, and they notice the loss of staff that they can work with on a regular basis," Rosenberg said about the NSF move.

Similarly, former U.S. Ambassador to the E.U. Anthony Gardner told Science Business that cutting NSF staff in China was a bad move, in part because of the growth in Chinese research in areas like artificial intelligence. "Who else will have the eyes and ears to the ground for us in China? The human aspect is still really important for unblocking problems," Gardner said.

The Tokyo office, established in 1960, was located in the U.S. Embassy Tokyo. The European office started in 1984 and was moved from Paris to Brussels three years ago. The Beijing office launched in 2006.

The offices did not directly administer grants but were involved in developing agreements, representing U.S. science activities overseas and bringing researchers together.

The Tokyo division, for example, participated in a 2003 memorandum with Japan on ocean drilling. The Beijing office facilitated research projects between the two countries on topics such as algae blooms and the impact of climate change on forests.

Keiser said one NSF official from Beijing and one from Brussels would return to the United States. There’s no current staff in Tokyo. The agency said it is working on the transition of locally employed staff.

"Existing collaborations with China, Japan and the European Union have always been managed from NSF headquarters and these efforts will continue," Keiser said.

Some advocates questioned whether the Trump administration drove the change, but NSF said that wasn’t the case. The transition had been under study and in planning for years, it said.

Trump has come under fire from scientists for his climate policies and proposed rollbacks of research funding at U.S. EPA and other agencies. The president has gone longer than any modern president in waiting to nominate a director for the Office of Science and Technology Policy, who typically plays a central role in meetings with foreign nations about science policy.

The administration initially called for slashing NSF’s budget by about 30 percent in fiscal 2019. A late addendum to the plan because of the congressional budget deal called for funding to remain at roughly the current level.