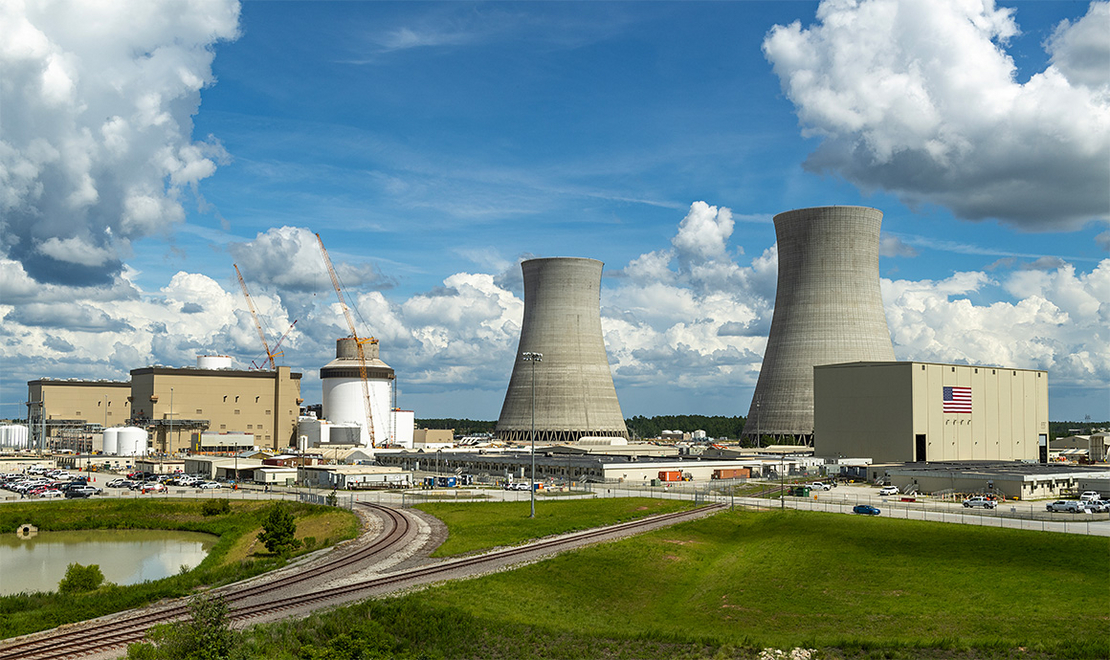 The approval from the U.S. Nuclear Regulatory Commission is a pivotal step for Atlanta-based Southern and for the nuclear industry. Vogtle is the nation’s lone baseload nuclear construction project, and its two new reactors are the first to be built and approved under a federal regulatory approval process known as Part 52.

Two existing reactors already operate at the Vogtle site in eastern Georgia, meaning the new facilities will be the location’s third and fourth nuclear units.

“Before authorization, we independently verified that Vogtle Unit 3 has been properly built and will protect public health and safety when it transitions to operation,” Andrea Veil, director of the NRC’s Office of Nuclear Reactor Regulation, said in a statement.

Southern executives said last week that they’re eyeing loading fuel into Unit 3 by the end of October. They could then start up the reactor during the first quarter of next year. Vogtle’s new units are the first big reactors to be built from scratch in the United States in roughly 30 years.

“That does not mean that risk is done,” he said during the company’s second-quarter earnings conference call last week. “We still have to complete the work necessary to fuel load.”

And, keeping with a negative productivity trend that has long dogged the project, some electrical performance issues at the plant have remained, Fanning said. He is optimistic improvement will occur.

“We’ll know reasonably soon whether that it’s true or not,” Fanning said.

Southern’s Georgia Power subsidiary pushed to build the reactors decades ago to diversify its fleet, especially as coal was falling out of favor. Now, the reactors will be a key source of carbon-free electricity, which is something the Biden administration and Southern both want.

President Joe Biden has called for the U.S. power sector to decarbonize by 2035. At the same time, Southern is one of many electric companies nationwide with net-zero carbon goals by 2050 or sooner.

“These new units remain a strong long-term investment for this state,” Chris Womack, Georgia Power’s CEO, said in a statement.

Indeed, the White House has made nuclear power a priority either by tossing lifelines to economically troubled reactors or pushing to develop new technologies. But despite the promise of clean electricity that comes at a relatively stable price, Vogtle has highlighted one of nuclear power’s risks: cost.

The reactors, which Georgia Power is building with a group of public power utilities, started with a price tag of around $14 billion but are about seven years behind schedule. Unit 4 could start up by the end of 2023.

The combined cost of the two new reactors is now more than $30 billion because of a litany of contractor and vendor troubles, compounded with labor and productivity issues.

Once the Vogtle expansion is finished, the plant’s four nuclear units could generate enough electricity to power about 1 million homes and businesses, according to Southern.

Expenses have reached the point that two of the other power providers involved in the Vogtle expansion have made a contractual decision to stop paying any additional money to finish the project. A lawsuit is also pending.

Oglethorpe Power Corp., which sells electricity to cooperatives, and the Municipal Electric Authority of Georgia (MEAG) have accused Georgia Power of reneging on a 2018 agreement to pay more of Vogtle’s costs once the project reached certain financial benchmarks.

Oglethorpe and Dalton Utilities have opted to cap their spending on Vogtle, shifting the rest to Georgia Power. MEAG has until Aug. 27 to decide whether to do so, according to Dan Tucker, Southern’s chief financial officer.

Fanning said he expects the matter to move to a Georgia business court, which could issue a ruling next year.

Oglethorpe’s chief executive officer weighed in on the NRC’s announcement in a statement yesterday.

“Oglethorpe is proud of the hard work and perseverance of thousands of men and women in the Vogtle workforce that are responsible for this good news,” CEO Michael Smith said.

The NRC issued what’s known as a 103(g) letter, which states that Southern Nuclear Operating Co. has completed all of the inspections, tests and analysis needed to safely operate Vogtle’s first reactor.

Southern Nuclear formally notified the agency last week that it had finished those inspections.

But getting there was a long time coming.

In February, Southern executives said the project’s schedule had again slipped by months and blamed the new hiccup on paperwork. While workers were gathering documents to send to the NRC, Fanning said they discovered “tens of thousands” of critical inspection records were missing or incomplete (Energywire, Feb. 18).

The delay frustrated Wall Street analysts, many of whom have grown impatient with Vogtle’s troubles over time.

“I know you knew all along that the paperwork and the [paperwork] trail of that was super important,” said Steve Fleishman, an analyst with Wolfe Research LLC, said in February.

Vogtle is moving to start up as Fanning’s tenure at Southern is winding down. In a 2021 interview with E&E News, Fanning acknowledged the billions of dollars Southern was putting at risk by building Vogtle (Energywire, Feb. 17, 2021).

“I think Vogtle will be a resounding success,” said Fanning at the time.

Southern has in place for certain executives a mandatory retirement age of 65 years of age. The board has the ability to extend that age limit based on business need, and it recently extended Fanning’s tenure indefinitely, according to a company spokesperson.

The board made that decision “based on his leadership of our ongoing Vogtle construction project, his role in national security and cybersecurity issues and his chairmanship of [the Institute of Nuclear Power Operations],” the spokesperson said.

Even so, the timing of Fanning’s eventual departure could become clearer in the months ahead as the Vogtle expansion gets closer to completion.

The Southern board has been reviewing candidates to succeed Fanning for some time.