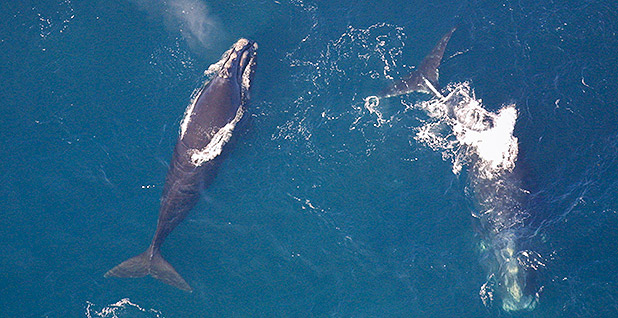 The Obama administration has denied all applications to conduct seismic surveys in the Atlantic Ocean, citing a "diminished need" for oil and gas companies to map the seafloor in a search for mineral deposits.

The decision comes two weeks after Obama banned drilling in parts of the Atlantic and most of the Arctic (E&E News PM, Dec. 20, 2016). The Interior Department also had previously removed Atlantic waters from its five-year oil and gas drilling plan.

Abigail Ross Hopper, director of Interior’s Bureau of Ocean Energy Management, said that the agency was "guided by an abundance of caution," ultimately deciding that the potential risks to marine life outweighed the value of the surveys.

"Since federal waters in the Mid and South Atlantic have been removed from leasing consideration for the next five years, there is no immediate need for these surveys," she said in a statement.

Seismic surveys use air guns to create images of the geology beneath the seafloor, enabling oil and gas companies to find untapped mineral deposits. BOEM received six applications for the surveys because of initial plans — later reversed — to open the Atlantic to drilling for the first time in decades.

Scientists say the surveys can mask whale calls and interrupt breeding and feeding (Greenwire, Sept. 8, 2015). The oil and gas industry has said that such concerns are overblown; seismic surveys have been conducted in the Gulf of Mexico for years. Companies are also required to follow numerous mitigation measures, including hiring observers to watch for marine mammals in the area.

Randall Luthi, president of the National Ocean Industries Association, said the decision underscores why the beginning of the Trump administration "cannot come soon enough." He pointed to BOEM’s previous assertion that there is "no documented scientific evidence" that air guns adversely affect marine animal populations.

"Not only does this decision conflict with BOEM’s own scientific conclusion that seismic surveys are environmentally safe, it is self-fulfilling rhetoric, basing its reasoning on President Obama’s recent withdrawal of 3.8 million acres in the north and mid-Atlantic Ocean," Luthi said. "This decision continues the Obama administration’s dismissal of scientifically backed offshore policies and ignores the fact that seismic and other geophysical surveys have been safely conducted offshore in the U.S. and around the world for more than 50 years."

In a press release, BOEM said it decided to deny the seismic survey permits because the information may not be used at all or may become outdated if the Atlantic isn’t leased soon. It also asserted that "lower impact technology" will probably be developed before such geophysical and geological information is needed.

Sen. Ed Markey (D-Mass.) said the decision "will reverberate up and down the East Coast."

"In New England, we know that oil and water don’t mix, and I will fight any attempt by the Trump administration to open up our coastlines to oil and gas drilling," he said.

Claire Douglass, campaign director for Oceana, praised Obama as a "visionary president" and said he and Hopper should be "revered" for moving the country away from offshore drilling. Oceana kicked off a grass-roots campaign in 2015, urging local governments to protest the surveys off their shores. Lawmakers in the area — including some Republicans — also voiced concern about the surveys, particularly after the administration canceled its leasing plans.

"East Coast communities can finally take a well-deserved sigh of relief knowing that their ocean and economies are currently spared from dangerous seismic airgun blasting," she said. "With offshore drilling off the table for the near future, there was absolutely no reason to risk the damage that would be caused by seismic airgun blasting in the region."