Obama closes in on history with Calif. designations 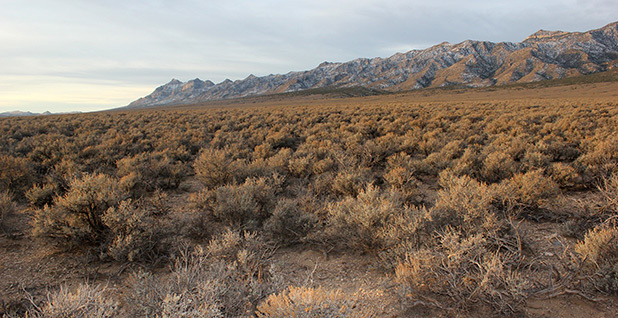 President Obama has protected nearly 4 million acres of Western land using the Antiquities Act, more than all other presidents except Jimmy Carter and Bill Clinton.

He has now protected an area roughly half the size of Maryland, landscapes that include desert dunes in California, craggy peaks in New Mexico and the raging Arkansas River in Colorado.

The Antiquities Act has been used by 16 presidents — eight Democrats and eight Republicans — more than 140 times to set aside such icons as Grand Canyon, Zion and Arches national parks.

It’s one of the most powerful environmental laws on the books, allowing presidents with the flick of a pen to permanently ban drilling, mining or industrial development on any federal lands deemed to contain "historic landmarks, historic and prehistoric structures, and other objects of historic or scientific interest."

While designations are supposed to cover the "smallest area compatible" with protecting the affected objects, presidents have historically taken great liberty with land-based monuments up to 11 million acres.

Obama has used the law much more ambitiously in his second term, designating last Friday the 1.6-million-acre Mojave Trails National Monument, a dazzling landscape of rugged mountains, ancient lava flows and sand dunes (Greenwire, Feb. 12). And last summer, he designated the 704,000-acre Basin and Range National Monument in southeast Nevada, one of the most undeveloped landscapes in the Lower 48.

Now he’s closing in on Clinton, who used the act 22 times to preserve 5.7 million acres, much of it in the final months of his tenure. Clinton defied a Congress that denied his bid to overhaul the nation’s health care system.

"[Obama has] done an outstanding job, and I hope he breaks Clinton’s record," said Bruce Babbitt, who served as Clinton’s Interior secretary for all eight years of his presidency. "My sense is that Obama is going to set the record."

Obama would surpass Clinton if he heeds calls by conservationists to designate the 2.5-million-acre Owyhee Canyonlands in southeast Oregon, an area the size of Yellowstone National Park that’s full of stark river gorges and rolling sagebrush hills.

That proposal is bitterly opposed by many local ranchers and elected officials and could be a tough political sell as communities heal from the 40-day occupation of the Malheur National Wildlife Refuge (see related story).

Obama will likely never catch Carter, who designated an astounding 56 million acres of monuments in Alaska to coax lawmakers into passing the Alaska National Interest Lands Conservation Act in 1980, a watershed conservation law.

Obama already claims to have designated more lands and waters under the act than any other president — more than 265 million acres. That’s counting his decision in September 2014 to expand the Pacific Remote Islands Marine National Monument to about 314 million acres, enlarging a monument first created by President George W. Bush.

"The president has sought to ensure that all Americans and future generations have the opportunity to experience the natural and cultural richness of our national parks, monuments, forests and other public lands," the White House said Friday.

The monument designations are an opportunity for Obama to pad his environmental portfolio as other initiatives are stymied by Congress or stalled by the Supreme Court. The high court a week ago temporarily froze Obama’s Clean Power Plan, jeopardizing his signature policy to combat global climate change.

"This is low-hanging fruit for an administration that’s going to have a hard time filling its fruit basket," said Andy Stahl, executive director of Forest Service Employees for Environmental Ethics.

Republicans in Congress have voted repeatedly to roll back the president’s powers under the Antiquities Act, accusing presidents of both parties of abusing the power for political gain.

Documents uncovered by House Republicans in the 1990s showed that Clinton’s advisers weighed the political advantages of designating the 1.7-million-acre Grand Staircase-Escalante National Monument in southern Utah in 1996 in the final month of the incumbent’s race against Republican Bob Dole.

While re-election is not at stake for Obama, his critics are stepping up their attacks after his latest round of designations.

"The president seems to visit California for only two reasons these days: raise money and wall off land from public access through his interpretation of the Antiquities Act," said House Majority Leader Kevin McCarthy (R-Calif.).

House Natural Resources Chairman Rob Bishop (R-Utah) said the president is "bullying," and Rep. Cynthia Lummis (R-Wyo.) accused him of "legacy shopping" by "locking up enormous chunks of Western states without regard to local wishes."

But monument proclamations are a critical tool when Congress fails to protect places prized by all Americans, said Babbitt.

In the 1990s, the Clinton administration proposed designating a large national monument around Steens Mountain in southeast Oregon overlooking the Malheur National Wildlife Refuge, which many ranchers worried would shut them out of the lands. The Oregon delegation responded, and Congress in 2000 preserved 426,000 acres as a "cooperative management and protection area."

"It was an invitation to the Congress to join in," Babbitt said. "That hasn’t seemed to work so well [in] this Congress."