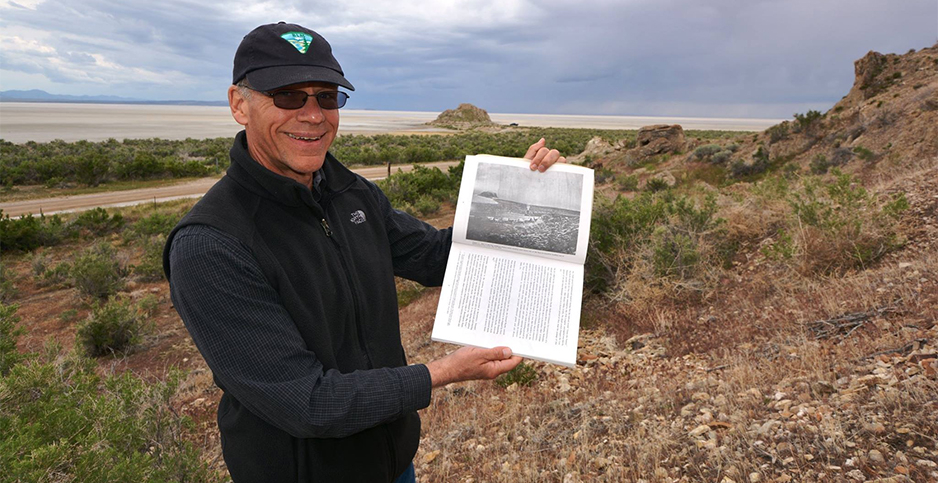 The incoming Biden administration could tap Steve Ellis, a veteran of the Obama-era Interior Department, to lead the Bureau of Land Management on a temporary basis. BLM-Utah/Facebook

President-elect Joe Biden’s transition team is searching for a long-term career official to lead the Bureau of Land Management on an acting basis through the first six months or more of next year.

And it appears to be targeting Steve Ellis, who served as BLM’s deputy director of operations until retiring after more than three decades with the bureau and the Forest Service in the final months of the Obama administration, according to sources.

Biden’s transition team has said publicly that the new administration plans to make some major changes at BLM, beginning the day Biden is inaugurated Jan. 20. Those changes are expected to include moving the bureau’s senior leadership from BLM’s new headquarters in Grand Junction, Colo., back to Washington.

Sources say that will require a seasoned career official who understands the basic organization and structure of the bureau, and who has the respect of the staff — including those forced to leave the bureau when BLM moved to Colorado.

They also want to allow the new Interior secretary time to decide on a permanent BLM director whom Biden would nominate for Senate confirmation. The Biden transition team is working on a list of potential nominees for a permanent director of the bureau, which oversees roughly 245 million acres of federal lands.

It’s not clear whether Ellis, who lives in Oregon, would be open to a return to Washington to lead the bureau on an acting basis, or whether he would be a candidate for nomination to the Senate for the permanent position.

Ellis declined to comment, noting the sensitive nature of the issue.

Sources with knowledge of the search say they believe Ellis would be willing to lead the bureau, at least through the transition process.

Ellis, 67, retired from BLM in November 2016, in part to deal with prostate cancer that has since gone into remission.

But he has not been shy about expressing his opposition to the Trump administration’s public lands management policies and the BLM reorganization that relocated the headquarters and hundreds of other positions to state offices across the West.

Ellis, as a member of the Public Lands Foundation, a BLM retirees group, has worked to oppose the headquarters move.

He ripped the relocation plan shortly after it was announced last year as little more than an attempt at "dismantling BLM" by driving out career employees (Greenwire, July 30, 2019).

He also blasted a cost-benefit analysis submitted by the Interior Department to Congress to justify the move, calling it "shameful" and a "shallow analysis" (E&E News PM, Jan. 15).

Bob Abbey, who served as BLM director during President Obama’s first term, said a career employee like Ellis is sorely needed at the bureau.

Abbey, like other Obama-era BLM leaders, says the Trump administration has weakened the bureau by moving the headquarters to Colorado and driving away career staffers in the process.

"The challenges the new BLM leadership team will inherit are many," Abbey said in an email.

"I firmly believe the Bureau of Land Management is at an important crossroad in its history," he added. "While much of the initial work of any new administration is focused on changing what are perceived to be bad policies and regulations implemented by the previous administration, the new director should be prepared to work hard to address employee morale."

Outside observers said they agree.

"BLM is going to need a really steady and calming presence in order to right the ship there," said Ken Rait, project director of U.S. public lands and rivers conservation for the Pew Charitable Trusts. "The current administration has worked hard to deconstruct the bureau."

"Mike and Jesse are experienced and capable leaders who are personable and respected by employees and key public land stakeholders," Abbey said. "Both could hit the ground running."

Ellis grew up on a farm in Illinois and started as a BLM forester in Burley, Idaho, in 1979. He moved up the career ladder at BLM and the Forest Service over the years, holding numerous top-level positions in Washington, D.C.; Nevada; Oregon; Alaska; and Idaho.

Ellis earned a bachelor’s degree in forestry at Southern Illinois University, and he helped earn money to pay for college by working on a fire crew in Illinois’ Shawnee National Forest. He married his high school sweetheart, Linda, while the two were in college more than four decades ago.

After earning a master’s degree in geography from Northern Illinois University, Ellis held several positions with BLM in Idaho.

Ellis then worked for more than a decade in Oregon as BLM’s district manager in Lakeview, and later for the Forest Service as supervisor for Oregon’s Fremont-Winema and Wallowa-Whitman national forests.

Ellis’ daughter, Jessica, was killed in 2008 by a roadside bomb while serving her second tour as an Army medic in Iraq. She’s buried at Arlington National Cemetery.

Ellis came back to work for BLM in 2010 after Abbey hired him as director of the BLM Idaho state office.

"We have national monuments, we have national conservation areas, we manage wilderness. We manage successfully these treasured landscapes. Early in my career, we weren’t known for that. We’re proud of that. It’s part of the evolution of the bureau."