Obama officials to converge on Utah this Saturday 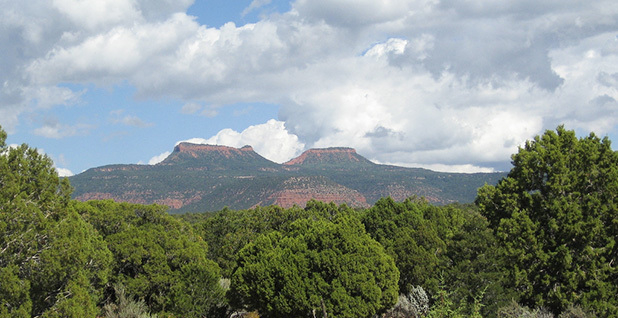 A handful of top Obama administration officials will host a public meeting Saturday in southeast Utah to discuss future management of the Bears Ears region, a crucial step in a yearslong debate over how to protect the scenic and archaeologically rich landscape.

Interior Secretary Sally Jewell and Agriculture Undersecretary for Natural Resources and Environment Robert Bonnie will headline the event at 1 p.m. Mountain time at the Bluff Community Center in Bluff, Utah.

The open meeting is to discuss "community visions for the management of Southern Utah’s public lands," according to an invitation obtained by Greenwire.

The federal officials will also tour various sites in eastern Utah with community leaders, members of Utah’s delegation and local land managers "to better understand the local views related to the future of the area’s public lands," Interior said today in a news release.

The Bears Ears Inter-Tribal Coalition — a partnership of the Hopi, Navajo, Uintah and Ouray Ute, Ute Mountain Ute, and Zuni governments — in January formally broke from the legislative effort led by Bishop and Chaffetz, arguing their input was not being taken seriously.

"What we know is that everyone cares deeply about this landscape, and we all agree the rich cultural resources deserve protection," said Willie Grayeyes, chairman of Utah Dineé Bikéyah, a Navajo conservation group that crafted the monument proposal. "It is merely a question of who can get the job done before it is too late."

Bishop and Chaffetz are believed to be close to introducing their bill, known as the Public Lands Initiative. The draft bill would leave far more acreage available for multiple uses like drilling, mining and motorized recreation, and is more closely in line with the vision of San Juan County’s three commissioners.

The PLI would cover a broad swath of southern and eastern Utah, designating roughly 2.2 million acres of wilderness in several counties, creating vast motorized recreation areas, and expediting the development of oil, gas and minerals, among many other provisions.

Jewell last month told Greenwire she was "disappointed" with the draft bill, though she did not elaborate further.

The Wilderness Society, a major early participant in the PLI, denounced the draft bill months ago and on Saturday said its chance of passage this Congress is "slim to none."

"With threats from looting, vandalism and development increasing every day, it is time to recognize that President Obama must act to create the Bears Ears National Monument," the Wilderness Society said in an email.

Obama has invoked the Antiquities Act roughly two dozen times to protect 4 million acres of the West, an area exceeded only by Presidents Clinton and Carter. Each of his major Western monuments have been preceded by visits from high-level Cabinet officials to take public input.

Saturday’s meeting comes on the eve of the one-year anniversary of the July 17, 2015, meeting at Bears Ears between Obama officials and Southwest tribal leaders to discuss potential executive protections for the lands.