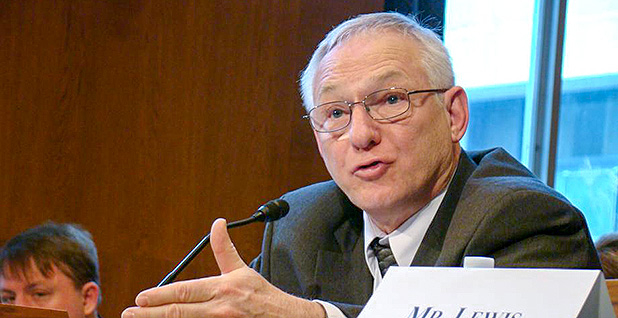 President Obama’s only mine safety chief reflected this week on more than seven years regulating the nation’s coal and hardrock mineral extractors, including an aggressive rulemaking period and inspection crackdown.

Joe Main, now the longest-serving chief ever at the Labor Department’s Mine Safety and Health Administration, reeled through key statistics to illustrate how his agency helped drive mining death and injury rates to all-time lows.

Main was in office for the worst mining disaster in more than four decades, the 2010 Upper Big Branch explosion in West Virginia. Now he is touting the safest years on record.

"This has taken the entire mining community to get where we’re at, I have to say that up front," said Main, a Greene County, Pa., native who first worked a coal mine in 1967.

In general, fatality and injury rates industrywide have fallen steadily since 1989, but both — even accounting for recent mine layoffs and closures — reached historic lows during the Obama administration, MSHA reported.

This year is on pace to break the 2015 record of 29 mining fatalities (E&E News PM, April 27). Thus far, only nine coal miners and 14 hardrock miners have died in 2016. Both would be their respective sectors’ record low.

Main credited the 2010 "Rules to Live By" initiative cracking down on the most common triggers of deadly accidents, which he initiated not long after he joined the Obama administration after more than two decades as top safety officer for the United Mine Workers of America.

The Senate confirmed Main unanimously in 2009. But his time with the nation’s largest coal miners union generated a considerable amount of skepticism that persists among industry executives.

"We regulate about 13,300 mines, and not everyone is happy when we show up," Main said during a conference call with reporters.

MSHA oversees all mining, but coal often gets the bulk of the attention. And Main’s tenure overlaps with the most disastrous downturn in coal industry’s history. The industry says he shares the blame for its plight.

"It has nothing to do with safety," Murray said. "It has to do with eliminating underground coal mining."

Murray, an early Trump backer, refused to comment on his involvement with the transition team but said he prays Trump will "refocus" MSHA.

Main is taking a wait-and-see approach but said he hopes his reforms illustrate that "a better industry benefits all." A level playing field, Main argued, cracks down on companies that previously "took shortcuts" to beat out their competition.

On April 5, 2010, an explosion at Massey Energy Co.’s Upper Big Branch mine in West Virginia left 29 men dead. It was the worst U.S. mining disaster since 1970.

In an interview a year later, Main said: "I think that we’re a different agency. It’s a different mining industry" (Greenwire, March 22, 2011).

Beyond new rules, the investigation into the disaster yielded the first ever criminal conviction of a coal company executive for safety violations.

Former Massey CEO Don Blankenship continues to protest his innocence, blaming MSHA for the accident, but isn’t set to finish his yearlong prison sentence until May.

The conviction divided the industry. Executives worried that the case would set the precedent that anyone at a coal company could be held liable for violations.

Congress never acted on their calls for a new mine safety law. Republicans and the industry said regulators already had all the tools they needed. They just had to use them better (E&E Daily, April 24, 2015)

Main still supports felony penalties and giving the agency more subpoena power, but says the goal is to reach a point where "prosecuting people isn’t necessary."

The industry sued, accusing MSHA of violating companies’ due process rights. But the agency defended itself, saying the old method allowed companies to use the appeals process to avoid the POV scarlet letter (Greenwire, Nov. 8, 2013).

In 2010, 51 mines registered as chronic violators. This year, none has been identified. Overall, significant and substantial violations at the biggest 200 coal mines dropped by 54 percent during that time.

Even though several investigations pointed the finger at Massey for a lax safety culture and focus on profits, probes said MSHA shared blame for not doing more to police mines like Upper Big Branch (E&E News PM, March 23, 2012).

Main accepted the criticism and said reforms were meant to address concerns. He also had to contend with companies that blamed increase enforcement for uneven application of the law.

"We believe we have better consistency in our enforcement actions that we’re taking, and that is healthy for both the mining industry and for MSHA," Main said.

The other cornerstone of Main’s legacy is the 2014 dust rule designed to prevent black lung disease in coal miners. It faced concerted opposition from industry.

Main said he is haunted by the "staggering number" of miners who have died from black lung disease. But NMA insists science did not support MSHA’s rule (Greenwire, May 5, 2014).

According to the National Institute for Occupational Safety and Health, black lung deaths have been steadily falling since the late 1980s.

But an NPR investigation published yesterday said reported cases have shot back up in recent years — a trend the administration cited in defending its dust rule in court.

"Miners coming to work today in the mining industry have the opportunity for the first time to hopefully say they can go into the mines and work their career and without winding up like grandfathers or fathers," Main said.

According to MSHA, average dust concentrations at mines continue to fall steadily. Since the rule changed how companies monitor air quality, coal operators have collected nearly 100,000 dust samples, with a more than 99 percent compliance rate.

"The objective was not to cite violations, but to get miners protected," Main said. "And great credit goes to the mining industry for their assistance in implementation."

For Murray, the dust rule has had the "most devastating impact on the lives and livelihoods of our Nation’s coal miners" of any Obama administration regulation.

"This Dust Rule does nothing to improve the health or safety of our coal miners, is clearly illegal, is technologically infeasible, and will continue to destroy thousands of coal mining jobs with absolutely no health or safety benefit of our miners whatsoever," he said.

MSHA may soon release a rule dealing with workplace examinations at hardrock mines. But measures to protect miners from mining machines, silica and diesel exhaust will be up to the new administration.

Companies are eagerly looking forward to working with Main’s successor. With less than a month left in office, Main is eyeing his first break in seven years with his wife in Arizona. After a few weeks, he’ll figure out what comes next. He doesn’t see himself straying too far from the mines.

"I was .. infected with the bug about mine safety when I was 19, when I started representing miners," he said. "And you can’t get that bug out, probably."